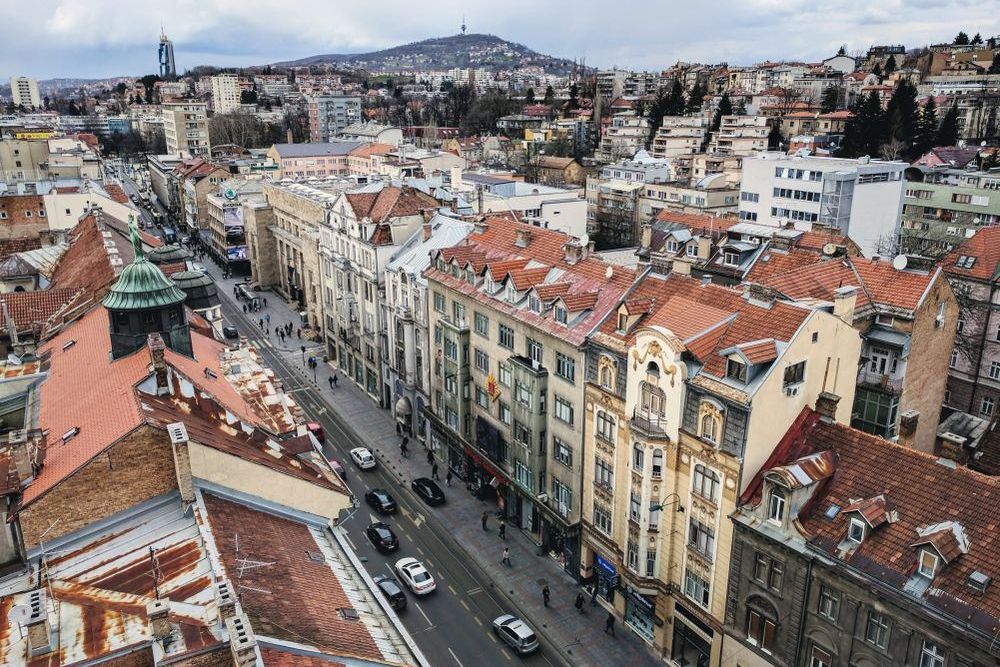 You can experience the highlights of the Bosnian capital in a long weekend, but here’s why I remained much longer.

In early fall, just as the leaves on the Olympic mountains started turning from green to vibrant hues of orange, amber and red, I arrived in Sarajevo as part of my six-month trip across Europe and Asia. I had planned on staying for three or four days before heading to more southern parts of the Balkans. I left five weeks later, and only because I had other commitments.

On my first night in the capital city I sat in a crowded cafe in the Turkish-influenced old town. The raspberry-hued sunset over the mountains provided a visual feast while my auditory senses overloaded on the call to prayers from the Gazi Husrev-bey Mosque ringing out over the clang of metalsmiths crafting copper housewares. I sipped coffee while listening to conversations in Bosnian and English, and had my first lesson in the proper way to drink the dark brew. #localsknow tip: It’s not as complicated as it looks. Most importantly, it’s meant to be savoured slowly with friends.

A reminder of the 1984 Sarajevo Olympics | Photo courtesy Kristin Amico

I had so many questions about the city I associated with the war of the 1990s. Sitting among urbanites, grandparents and a handful of tourists, I realised everything I thought I knew about this place was wrong. On my Sarajevo tour with Urban Adventures, I got an insider introduction to the city and a local’s perspective on what really makes Sarajevo and its residents tick. We explored lively streets full of cafes, shops and Austro-Hungarian architectural gems. We also ventured down alleys with much darker pasts. I went on to stay in the city for several more weeks and used every tip I learned to make Sarajevo feel like home.

Here’s how the city changed my life, and will undoubtedly leave an indelible mark on you.

A walk down the (mostly) repaired streets of the city centre and parts of the new town reveal one of the most tragic episodes in recent European history. From April 1992 to early 1996, the capital was held under Bosnian-Serb control with snipers firing on urban residents and mortar blasts destroying residential neighbourhoods. When the Dayton Peace Accord was finalised nearly 44 months later, more than 10,000 had been killed in Sarajevo and an estimated 100,000 lost their lives throughout Bosnia.

Look closely and you’ll see historic facades and communist-style apartments pockmarked with bullet holes from the siege. Those patches of red in the street that look like blood spatter are referred to as Sarajevo Roses. Part art installation, part commemorative marker, red resin was poured into craters where mortar fire resulted in fatalities. Today, don’t be surprised to find cars parked over the landmarks that have become part of everyday life.

But don’t confuse the past with present

One of the most visible signs of progress is the newly restored city hall. Vijećnica is the candy-coloured landmark built in a pseudo Moorish style. It was originally completed in 1896 under Austro-Hungarian rule, destroyed in 1992 by Serb forces, only to be completely rebuilt to its opulent glory in 2014. The city centre sparkles with glass shopping centres, the cable cars to Olympic mountain are running again, and most importantly, coffee shops, the heartbeat of the city, overflow with residents of all ages and ethnicities enjoying the country’s famous brew.

Coffee is a way of life here | Photo by Kristin Amico

If there’s one thing you learn in Bosnia, it’s that coffee is the great equaliser in a country whose history is fused together with influence from multiple empires including the Ottoman, Austrian and Hungarian. Through hundreds of years of often turbulent history, coffee has become a way of life and is much more than simply a beverage. There’s no takeaway mugs here. Sit at one of the many cafes, be present in the moment, and slowly enjoy the dark roast in petite cups — just don’t call it Turkish coffee.

How exactly do you drink it? The traditional Bosnian way is to dip a sugar cube into the hot beverage, nibble on the coffee-soaked cube, take a sip and repeat. In between, talk to your friends about the day, the weather, the three joint presidents of the country, or just your plans for dinner. When you enter a shop, you’ll likely be offered the chance to sit down and partake in the ritual with shop owners. Invited over to someone’s house? Expect to have at least two or three servings. The first is to welcome you, the second is for pure enjoyment, and the third signals it’s time to go — but not until you reach the grounds at the bottom of the cup, of course.

The view from the top of the city dazzles

Head to the Yellow Bastion, or even better, ascend Olympic Mountain via the newly installed cable cars for sunset and look down. The hills are transformed into twinkling beacons and the city beams with possibility. All of the sunsets you’ve ever viewed will pale in comparison. The smoky haze (from coal burning cooking and heating sources), combined with a fiery sky and the evening call to prayer creates an atmosphere that feels too intense to be real. If you’ve got someone you want to snuggle with, this is the time and the place. Paris, with its lights and cosy cobblestone streets, may be known as the the city of love, but it has nothing on a Sarajevo sunset high above the city.

A toast is not to be taken lightly

If you drink, try rakija. A glass of someone’s homemade version of the Balkan brandy is the best way to savour the national liquor. The next best way: at one of the many smoky bars that fill the city. Like coffee culture, a drink in Bosnia is more than just a drink. A toast is a serious affair. Meet the gaze of your companions and offer a toast (živeli) before indulging. After a night of eye contact and cocktails, you’ll definitely have new friends, and those friends will be lifelong regardless of where in the world you call home.

And that’s really the reason we travel, isn’t it?