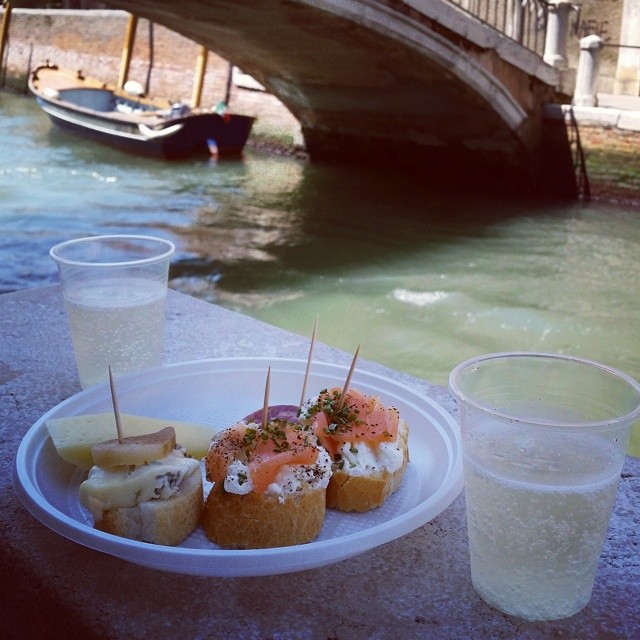 Second time’s the charm in Venice

I’m not a romantic. I don’t get carried away by whimsy, never bought a poster of Audrey Hepburn in Breakfast at Tiffany’s for my dorm room, and didn’t dream of being proposed to in Paris. I don’t think the romance languages are necessarily romantic (although I do speak them and regularly curse their use of gendered pronouns) and I was never all that into visiting Italy. It was always presented as a destination for hopeless romantics, and I thus figured I would be more at home in places that suppress their true feelings, like England or Germany.

In the summer of 2006 I succumbed to the inevitable summer European backpacking trip and found myself travelling with a friend who was (and still is) totally in love with Italy. She’d already been a few times and was adamant that we explore Italy further. We spent a few days eating our way through Rome, explored the temples of Sicily, and carried a watermelon across Palermo. From there we embarked on a rather ambitious, if not totally crazy itinerary around Europe before landing back in Italy with a couple more friends in tow. We were to finish in Venice and Florence before flying to Paris, where I’d fly home and they’d continue on to the south of France.

By the time we hit Venice, I’d been on the road (travelling at an aggressive pace) for five weeks. It was late June, 40 degrees Celsius, and I was exhausted. I was not ready for Venice. I wasn’t ready for the heat. The crowds. The need to constantly hydrate (and thus the constant need to find bathrooms). And the fact that Venice is notoriously complicated to navigate.

One morning we came across a restaurant in a square. The menu looked good. In particular, their caprese salad had us all drooling. We said we’d come back in a couple hours for lunch and off we went to find a museum, noting that the square had a leaning tower, which would serve as a beacon for our return. We didn’t bother marking the location on a map; the leaning tower would suffice.

We wandered in circles for two hours trying to find this damn square. Every time we thought we were close, we’d be forced to take a bridge over the canal and couldn’t find our way back over to the salad side. We’d backtrack and try another laneway and end up at a dead end. It was absurdly hot and we were starving. It was one of those moments when you know you should just give up, but you’ve invested so much time in the search that you’ll be damned if you don’t find it. That kind of stubbornness can drive you nuts, but it can also, eventually, lead to a caprese salad that you will always maintain was the best one you ever had, even if it wasn’t. 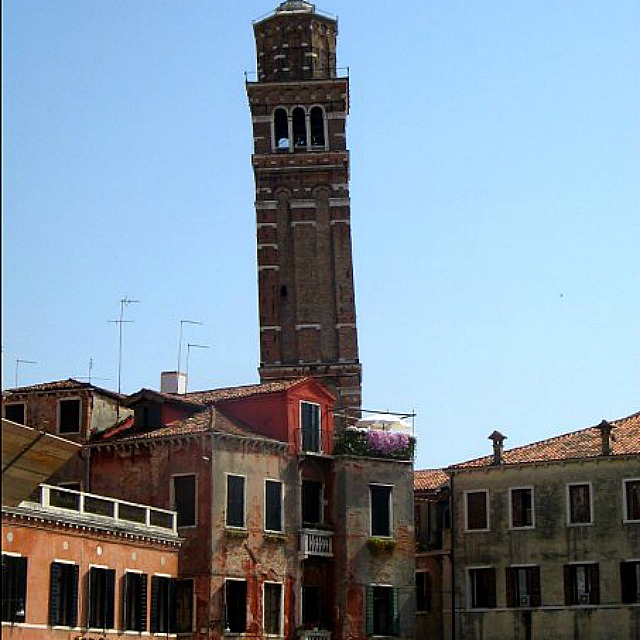 Many travellers say Venice is touristy, crowded, and overrated, this writer included. That was, until she found the vini sfusi.

Now, I’m not foolish enough to let one such instance affect my entire perspective of a place. It’s merely one part of my entire Venice story that, regardless, ended with me not really understanding what was so special about Venice.

Piazza San Marco was filled with damn pigeons. The gondolas cost more than our four-person hostel room and were all filled with tourists. The food was crappy and overpriced. There were people everywhere and they all seemed like they were tourists. Why on earth did people like Venice? Why did they lament the fact that it was sinking? Did anyone actually live here? HOW did they live here?!

I left Venice without a backwards glance and little compulsion to return.

Eight years later, my boyfriend and I were planning a road trip through Europe after our friends’ wedding. The friends were getting married in southern Germany, just outside Munich, and we wanted to road trip for a week afterwards and fly home from a different airport. Wanting a direct flight home to Toronto, we considered Zurich but given how pricey Switzerland is, we opted for Venice instead. My boyfriend had never been to Italy and leaving from Venice meant getting to visit Urban Adventures’ global sales manager while she was in Ljubljana, so we booked to fly out of Venice. Whether I wanted to or not, I was returning to Venice.

Given that Venice is one of the most popular destinations we operate in, and the Cicchetti of Venice tour has been the most popular of our nearly 500 tours for two straight years, I was pretty sure I was going about Venice all wrong. I had a hunch that there was a non-touristy way to experience the city, but you had to know what you were doing.

Unfortunately, we accidentally picked the most insane weekend ever to be in Venice: Redentore. It’s a massive festival every July, and the city basically shuts down, hotels hike their rates, and everyone parties their faces off on boats while the most ridiculous fireworks you’ve ever seen explode above the canals. We couldn’t for the life of us figure out why our little apartment was so damn expensive, and it wasn’t until I tried to book the cicchetti tour that Cecilia, our local manager, told us it was Redentore, that we clued in. The tour wasn’t running (major sadface), she was going to be out of town, and the city was going to be a wee bit nuts on Saturday night.

No matter. We combined all the tips and recos our Venice team had posted to our Everplaces collection, blog, and Instagram and mapped out our food-and-wine-centric weekend in Venice.

We figured out how to take the vaporetto, Venice’s water buses, and ventured far and wide across the islands and canals. We wanted wine, coffee, gelato, cicchetti, and as few tourists as possible.

And thanks to a few local tips, we actually managed quite well!

Wine: My new favourite thing in the world is wine on tap, a.k.a. vini sfusi. Take your empty plastic bottle to a small wine shop and they fill it up with local wine from giant, label-free tubs. It costs like, two euros a litre, you’re being eco-friendly, and you’re getting awesome Italian wine. It’s like heaven, I swear. 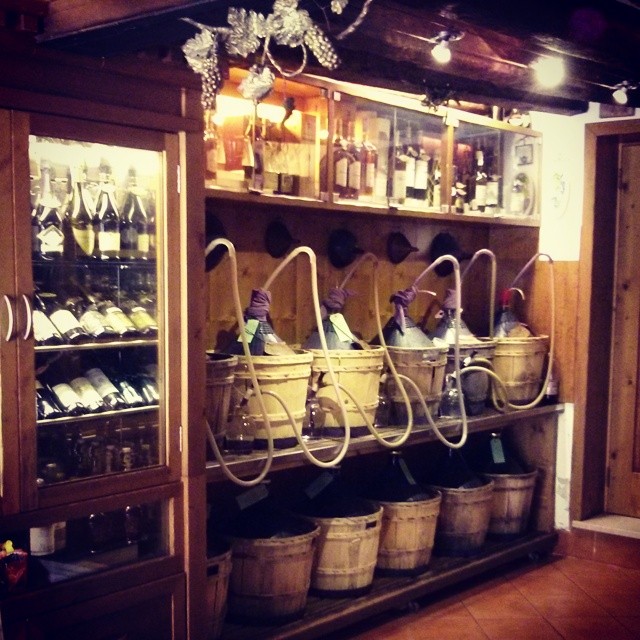 Coffee: We dropped into a little pastry shop, Pasticceria Marchini, and grabbed a biscuit and a coffee and enjoyed it standing up at the bar with other locals. 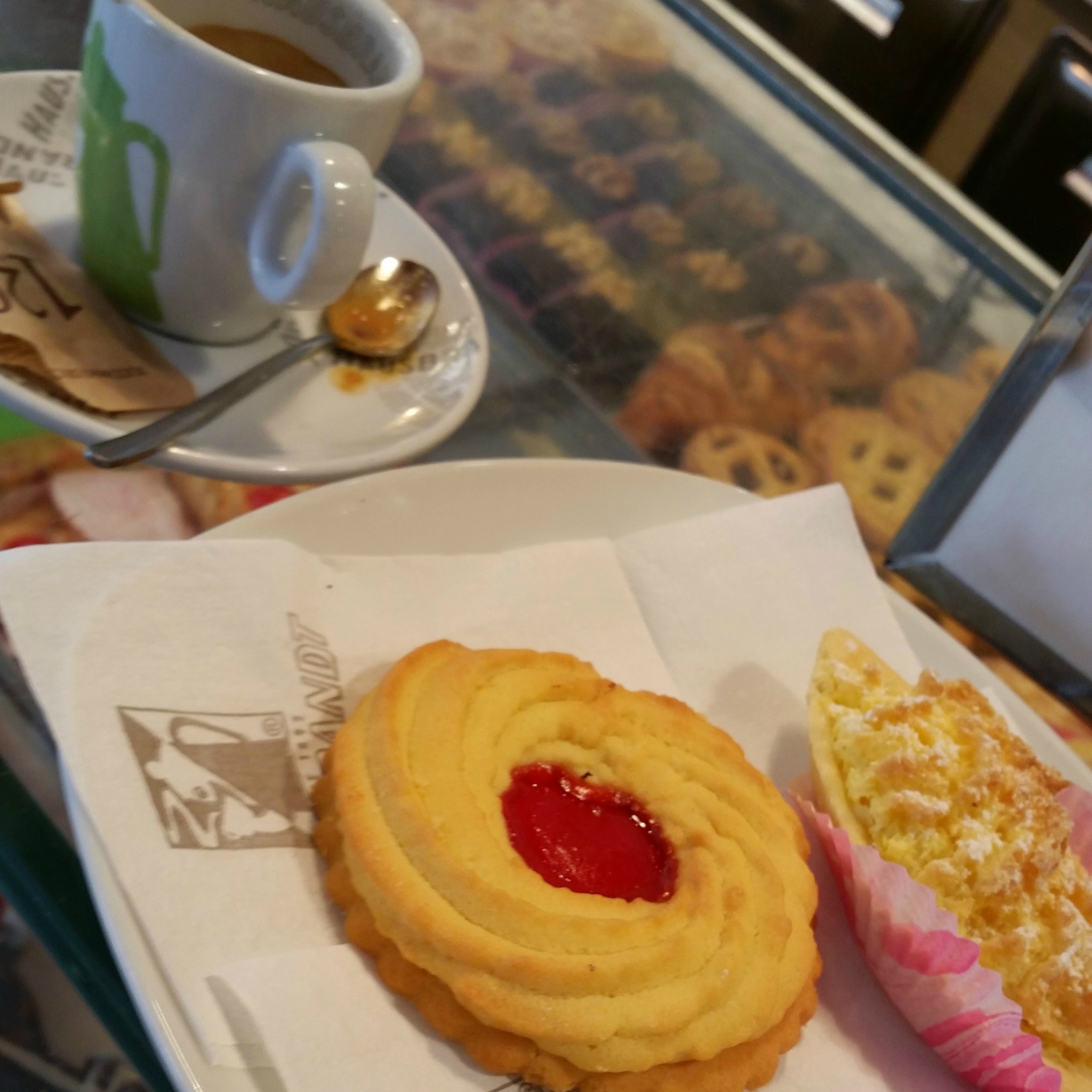 Gelato: We screwed up the first night and missed Gelateria Nico, our recommended spot. We went somewhere else and it was good, but then we ended up finding Nico on our way home. We went back the next night and there was no comparison, really. Nico was unreal. Get the peach (pesche) if you care about your happiness. 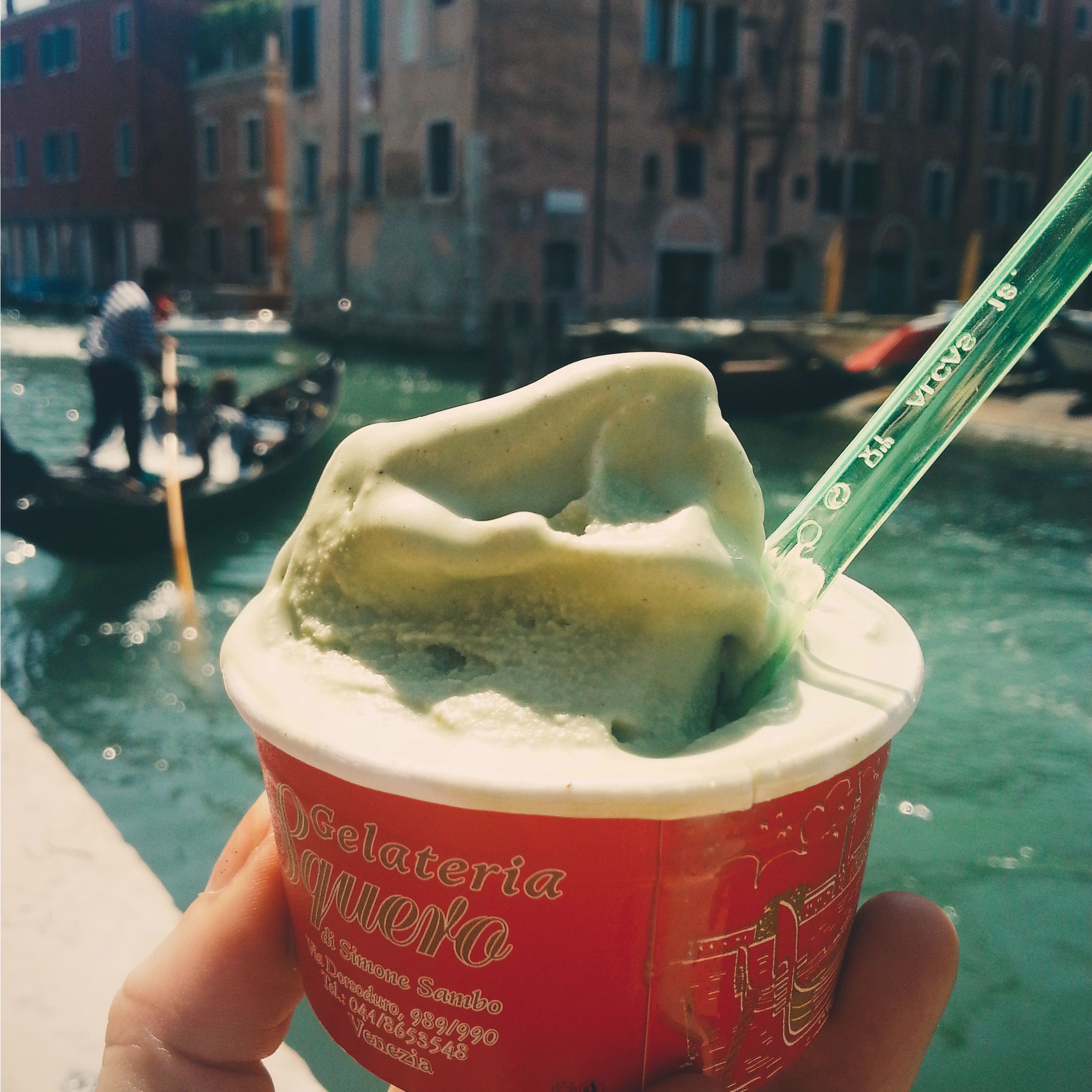 Cicchetti: I was gutted when I found out our cicchetti tour wasn’t running on the one night we could do it, but nevertheless I was still determined to cicchetti the hell out of Venice. Our first night we scoped out Al Timon, where I quickly learned there’s no such thing as a line, instead you just make eye contact and point to what you want. I also watched what everyone else was ordering in terms of drinks and just ordered the same (vino bianco!) — who cares what it is, it probably pairs well! We nabbed a table in the corner, dug in, and loved it so much we hit up another cicchetti bar the next day. Our second pick was more chill — Al Bottegon Schiavi — and definitely more obscure than Al Timon. We grabbed different cicchetti than the night before, prosecco, and enjoyed our treats canal-side. No problems. Just bliss. 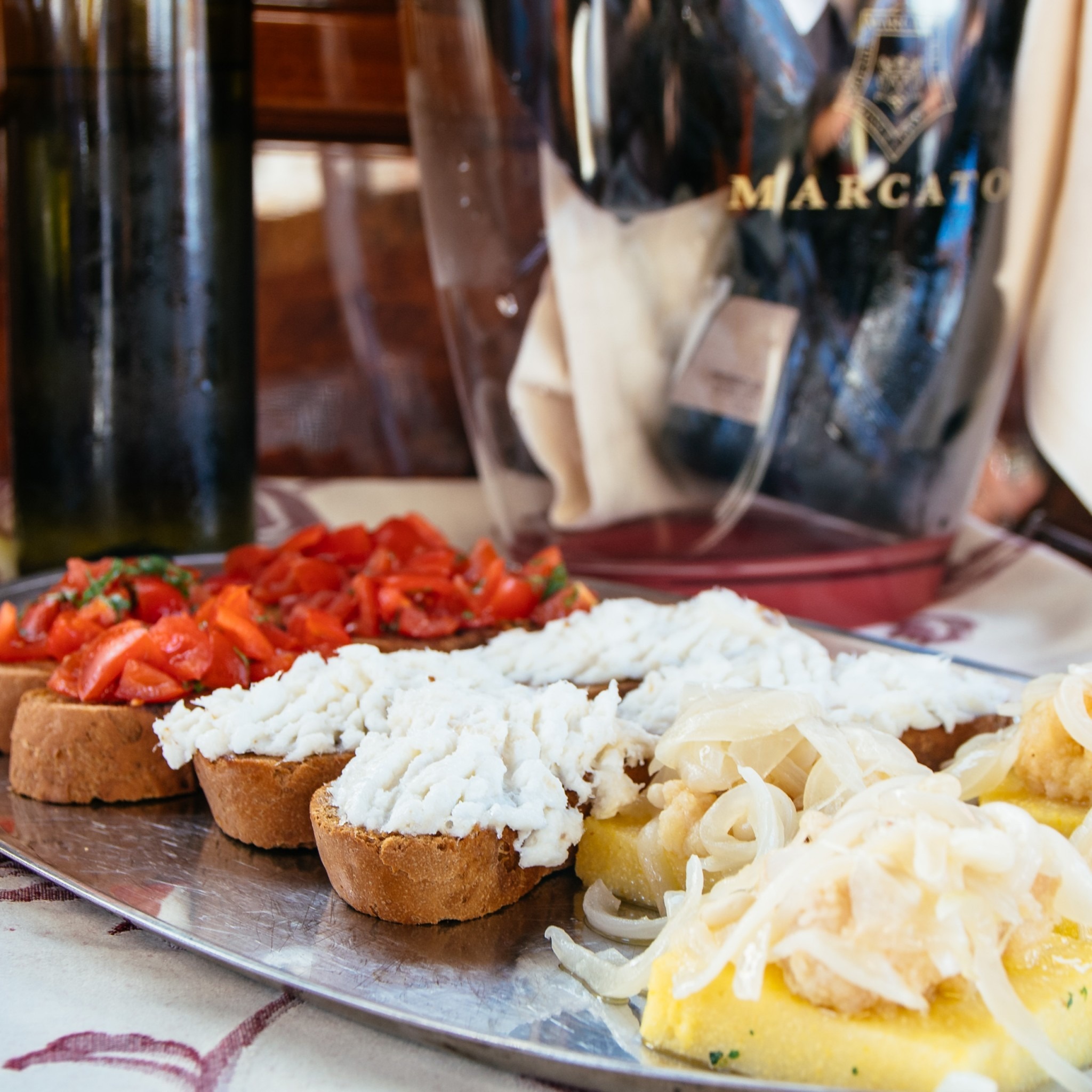 As few tourists as possible: The Lido! We jumped on a longer vaporetto ride out to the Lido and wandered around there. There are some tourists, for sure, but the island is mostly filled with locals seeking to escape the tourists and chill on the beach. If you want, you can rent a bike and cycle further down the island to where there are even fewer people. 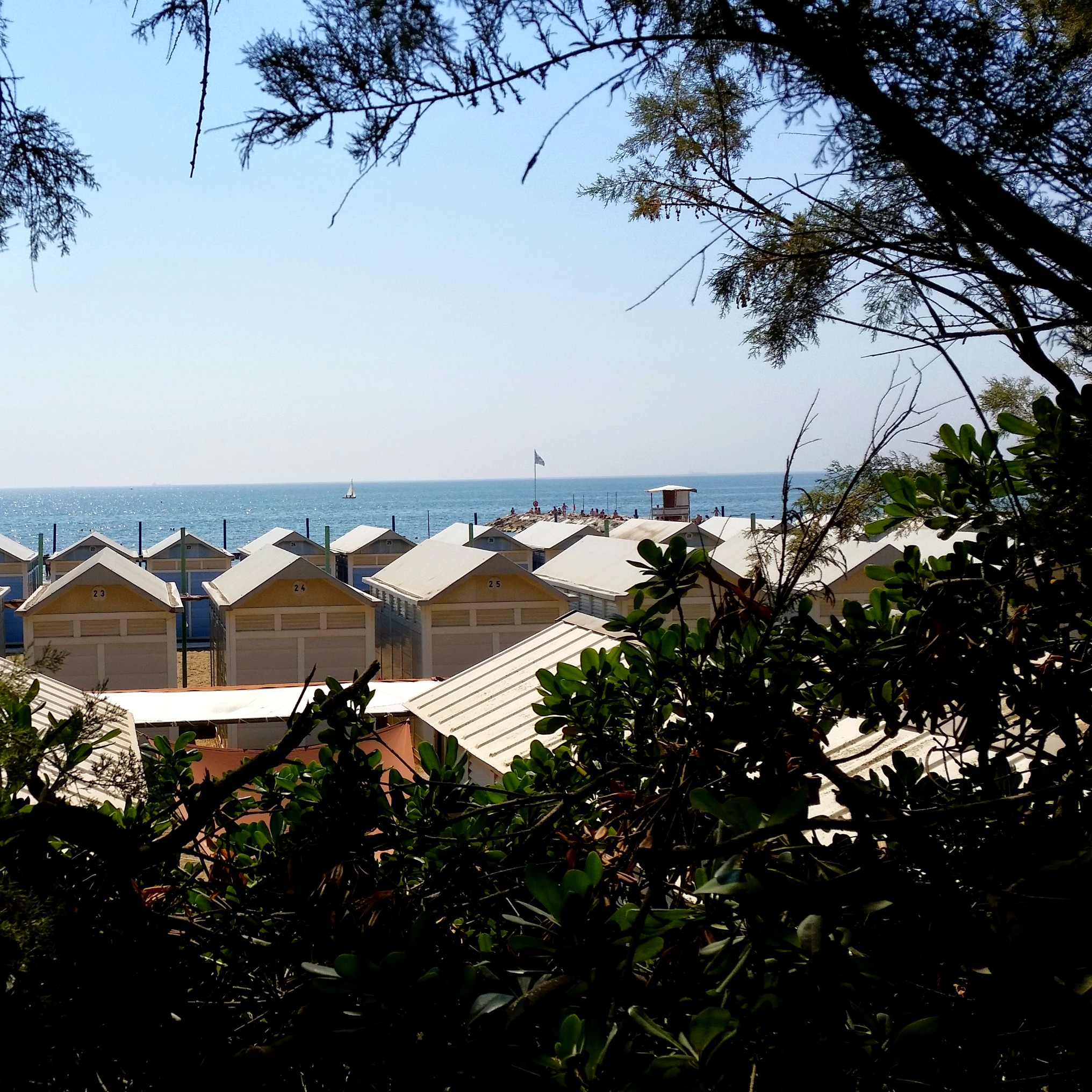 After two days of prioritising our priorities and incorporating the ‘must-sees’ into our route (we did ‘walk-bys’ of the Rialto Bridge, Piazza San Marco, and Rialto Market), we managed to leave Venice feeling like we had kinda figured it out (as best as tourists possibly can). It took planning — Venice isn’t a fly-by-the-seat-of-your-pants kind of place. You need to know where you’re going and what your back-up options are, especially when it comes to food. It also took a ton of local tips — if you try to do Venice like a tourist (and you’re not the type of tourist who’s into clichés), Venice will suck. I swear. You have to do it like a local. We would’ve been at a loss without Cecilia’s awesome tips. Don’t trust a guidebook, don’t trust the internet, place your trust in a local. If you’re so inclined, do one of our Venice tours on your first day/night in the city, bring a map, have the guide mark their favourite spots on it, then follow their recommendations for the rest of your trip. I don’t even feel guilty about this ridiculously obvious sales push, because it will make your time in Venice about 10 times better than it would’ve been otherwise. It’ll actually make you like Venice.

I still don’t think Venice is particularly romantic, but I don’t really think anywhere is particularly romantic (except maybe a cheese cave + wine cellar), but I definitely want to go back to Venice now and spend my time lounging in cicchetti bars, hoarding wine by the bottle, cycling the length of the Lido, and trying every single flavour of gelato at Nico. Oh, and actually doing the Cicchetti tour. That’d be nice.

Here are my top tips for actually enjoying your trip: