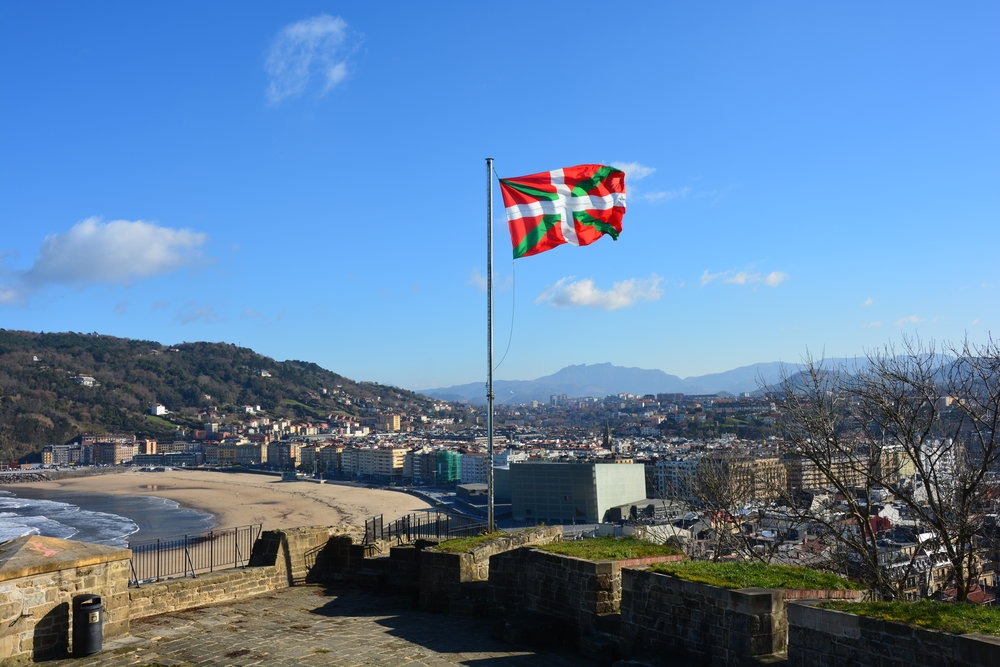 The Basque language is a mystery for linguists… and something that travellers on tour with San Sebastián Urban Adventures always ask about. As native speakers, discussing the origins and characteristics of our isolated language is a pride for Basques. It’s a way of honouring our ancestors, who struggled to keep the language alive in times when Basque wasn’t even legal.

The enigmatic origins of Euskera is something many people joke about. Because of its linguistic complexity, as well as the contrast with every other language known to the humankind, many people have said that the Basque language is an alien legacy on Earth or even a language of fantasy like Tolkien’s invented Elvish speech!

In recent years, linguists have managed to find similarities with other languages around the globe, including Caucasian and African languages. However, they still haven’t been able to prove where Euskera actually comes from.

But here is what we do know. Euskera is a minority language spoken today in the Basque autonomous region, Navarre and the French Basque Country. The Basque language is a non-Indo-European language, the only one existing in Western Europe at the moment. It is a tongue older than Latin, which is why it’s said that Basque is a millennial language — perhaps even one of the first languages that ever existed.

According to the latest statistics (dated 2011) by Euskaltzaindia (The Royal Academy of the Basque language), Basque has 714,000 speakers (22.83% of the total population) and 1,102,391 passive speakers (35.25%). Though this might sound like a small population of speakers, this number is gradually growing every year. Also, the number of speakers who know good Basque varies remarkably from one region to another; the Basque autonomous region currently has the highest number of Basque speakers. The Basque government is working hard to promote Euskera within our educational and cultural programs.

But learning Basque is definitely a challenge for those we call euskaldun berriak or “the new Basques” (non-native speakers). Basque has been ranked as one of the hardest languages to learn, alongside Finnish, Hungarian, Polish, Japanese and some other languages. It is frequently confused as a dialect, when in reality Euskera is one of the co-official languages in the Spanish territory.

Basque dialects frequently vary, with many grammatical and lexical variations and distinctions in neighbouring villages and provinces. That’s why a standard language, what we call Euskera Batua, was created in the mid-20th century and is widely used in administration, law, healthcare, media, press, religion and education. All the language rules are relatively new since Euskera was only preserved orally for centuries. In the Middle Ages, the language started to disappear in regions such as Burgos or La Rioja, where the first Basque written words were inscribed on the codex of San Millán de la Cogolla.

Euskera is an agglutinative language (a language that adds prefixes and suffixes to modify a root word), and doesn’t show any parallels with English aside from the Roman alphabet. As well, the Basque language has no prepositions and is formed by 11 cases, which makes the grammar considerably complex. The phonemes /tx/, /ts/, /tz/ and /z/ are difficult to pronounce and distinguish for Spanish speakers. There are also a few double consonant sounds like /tt/, /dd/ or /rr/.

It is believed that Basques have the gift of acquiring new languages very easily, maybe due to their natural capacity for uttering tangled sounds. Whether you are a language nerd or are learning Basque out of necessity, foreigners studying Euskera are highly celebrated among locals.

Want to try your tongue at Basque? Here are a few expressions that could be useful for your visit to the Basque Country:

Discover the oh-so-local way of life in Basque country on a San Sebastian tour, with a local guide. With our tours you can take to the hills and discover the gorgeous coastline of the St. James Way, or get to know Basque food by tucking into some delicious pintxos. When it comes to San Sebastian travel, we’ve got you covered!