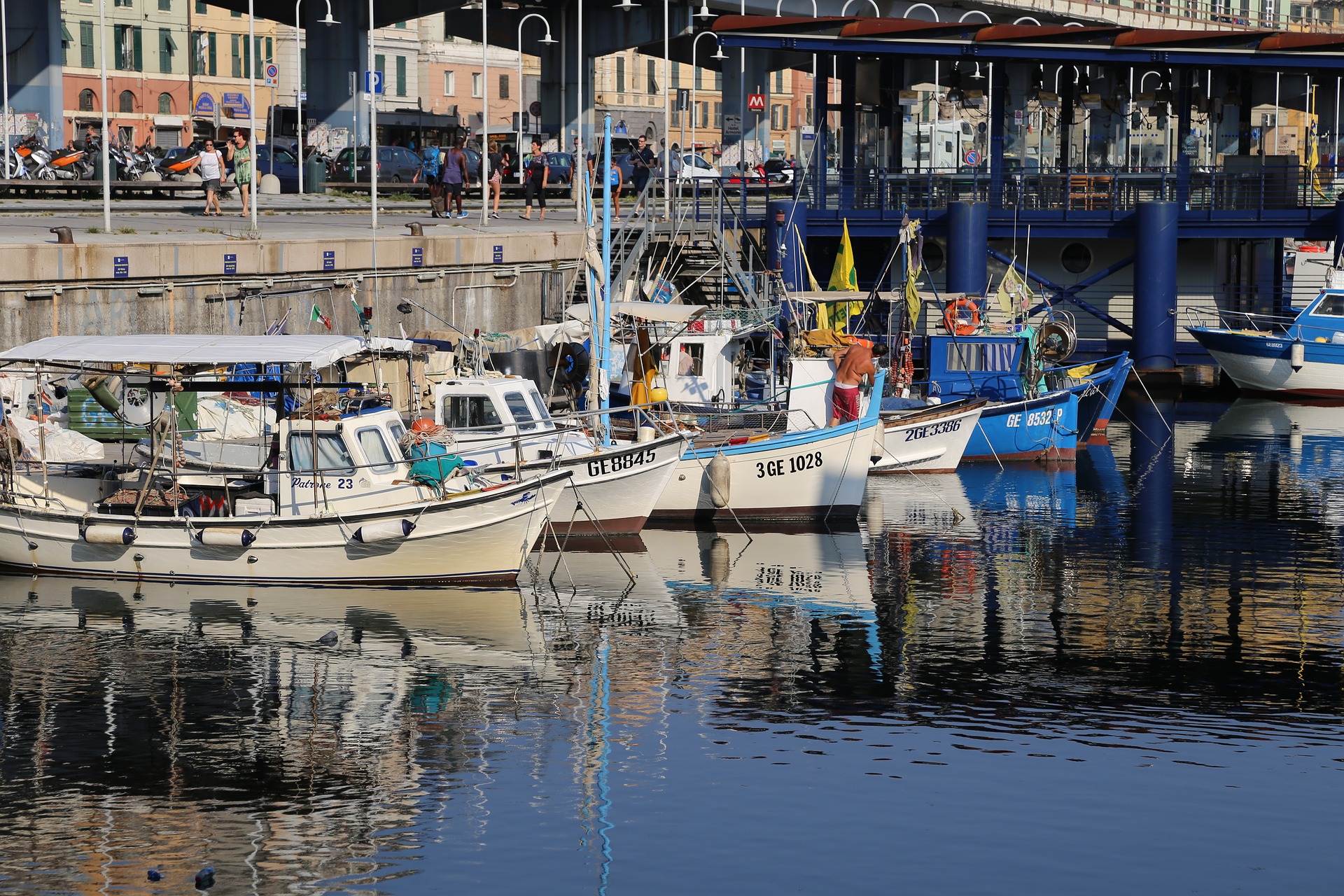 The complete guide to: Genoa travel

Located in the north of Italy, Genoa is a port city on the Ligurian coast. The southern coast may get more attention from many visitors, but skipping Genoa would mean missing out on centuries of history, a seriously beautiful Old Town complete with winding streets and alleys, quaint wine bars down picturesque streets, and some of the best food you’ll taste in the region. Here are our tips for getting in, getting around, and what not to miss while you’re there.

Getting to and from GOA

The best way to get to and from the airport in Genoa is to take the bus (VOLABUS shuttle), which takes you to the city centre in about 30 minutes. Buses take passengers to Brignole and Principe Train Stations, crossing the city centre, and run from 5am to 12:20am, seven days a week.

If you prefer to take a taxi, they are available outside of arrivals (look for the white taxis) and a trip to the city centre should cost EUR 25 (more if there is traffic).

There are a few different ways to get around once you’re in Genoa. Public transport here is extensive and includes buses, an underground, funiculars and lifts, which connect the centre to the hills of Genoa. Tickets cost EUR 1.50 and are good for 100 minutes on any type of transport (except the airport shuttle). Tickets can also be purchased at newsstands, tobacconists and many shops and bars. There are 139 bus lines that go from from west to east, from Voltri to Nervi, and through the Polcevera and Bisagno valleys; one underground line links the area of Rivarolo in the Polcevera Valley, to the city centre; and two funiculars (Sant’Anna and Zecca-Righi) connect the centre to the city’s higher grounds.

Getting around on foot is also a great way to see Genoa and allows you to see the city in greater detail as you explore.

Things to do in Genoa

Start your visit to Genoa by getting lost among the Old Town’s narrow, cobblestone laneways, many of which make you feel as if you’ve stepped back into medieval times. This is one of the largest medieval centres in Europe where you’ll find amazing architecture to Instagram, and coffee shops and gelaterias tucked down quiet corners.

Porto Antico overlooks the Mediterranean Sea and offers a great chance to stroll along the scenic harbour and check out several city attractions. After a walk along the waterfront, spend some time visiting the Aquarium of Genoa, known as the biggest of its kind in Europe; the Bigo elevator, which takes visitors up 40 metres in the air for stunning views of the city; Eataly Genova for some of the best food you’ll find in the city; and Genoa Museum for a look at the history of Italy’s oldest football team.

Exploring Via Garibaldi is something you don’t want to miss while in Genoa. Also known as Strada Nuova, the pedestrianised street has been a UNESCO World Heritage site since 2006. Here you’ll find grand palaces, historical apartments and museums, including Musei di Strada Nuova. This museum is comprised of three palaces: Rosso, Bianco and Doria-Tursi, where you can see the city’s best collection of old masters. If you want to spend some time museum-hopping, tickets to the Musei di Strada Nuova can be purchased at the bookshop inside Palazzo Doria-Tursi.

Genoa is home to Italy’s oldest football club and the sport is the city’s most popular, which means catching a game while you’re in town is a great way to feel like a local. You can watch games from May to September and tickets cost anywhere from EUR 20 to 200, depending on the game and what seats you want. Tickets can be purchased from the Genoa Store in Porto Antico.

Teatro Carlo Felice is Genoa’s opera house and is where to go to see some of the best performances in town, from classical and international jazz music, to dance and more. Tickets can be purchased at the theatre or online and cost between EUR 20 and 200 depending on where you’re sitting and what you want to see.

Genoa on the big screen

A good movie to watch before a visit to Genoa is A Summer in Genoa, which highlights some of the most beautiful areas of the city.

Fabrizio De André was an important singer to the city of Genoa and makes for a good artist to listen to before your trip.

Genoa, ‘La Superba’: The Rise and Fall of a Merchant Pirate Superpower by Nicholas Walton will give you some insight into the history and traditions of Genoa.