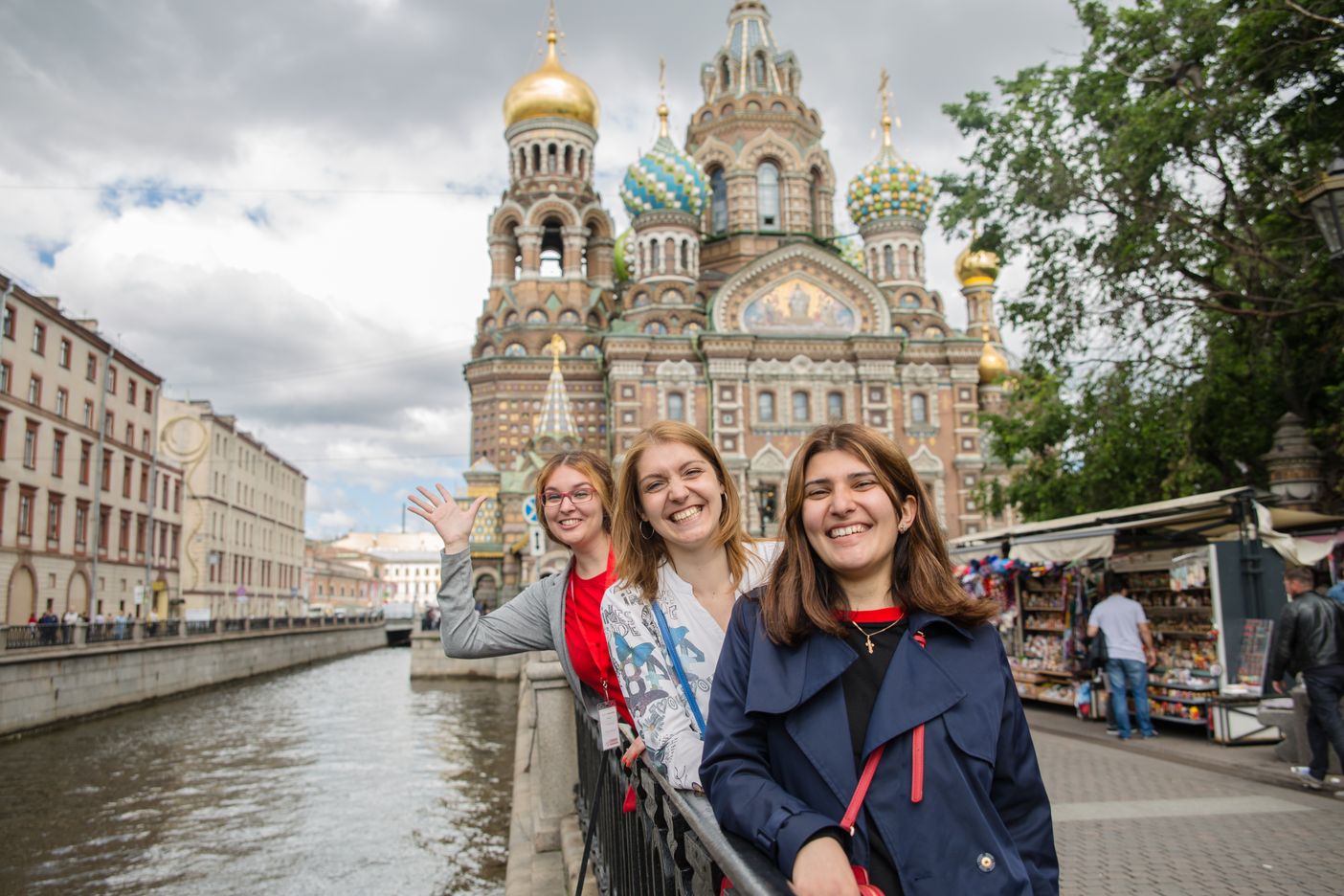 Between the awe-inspiring architecture, rich history, elaborate cathedrals and multitude of art galleries and museums bursting at the seams with works by some of the world’s most important artists, it’s safe to say St. Petersburg is a must-visit. If you’re not sure where to start, our local St. Petersburg tour guides have the scoop on everything you need to know before you go and once you land.

Getting to and from LED

St. Petersburg’s airport is located 23 kilometres from the city centre and you can use public transportation to get to and from LED. City buses number 39 and 39Ex run between Moskovskaya metro station and the airport. The cost for both is RUB 40 and stops can be found in front of the Arrivals Hall exit.

Express city bus number 39Ex runs every 25 to 30 minutes between 5:30am and midnight and takes around 20 minutes to reach the metro. City bus number 39 runs every 12 to 20 minutes between 5:30am and 1:30am, and the journey to the metro takes around 35 minutes. Once you get to Moskovskaya metro station you’ll have to go another seven stops on the metro into the city centre. A ride on the metro will cost RUB 45 and the system runs from around 6am to midnight.

Getting around St. Petersburg Riding the tram in St. Petersburg | Photo via Pixabay

St. Petersburg has excellent public transport, including an extensive metro system, buses, trolleys, trams and marshrutkas (mini-bus). All forms of transport work from about 6am to just after midnight. On above-ground transportation you can buy tickets from the conductor or driver, which cost RUB 40 for bus, tram and trolleybus and up to RUB 40 for a marshrutka. To ride the extensive metro system, you’ll need to buy a token (zheton). Zhetons cost RUB 45 and can be bought in the station. The metro system is fully signed in English, making it the easiest way to get around, especially for first-time visitors.

Things to do in St. Petersburg

You can’t visit St. Petersburg without spending some of your travel time at The Hermitage Museum, known as one of the largest and most interesting museums in the world. The massive complex is spread over several buildings (which includes the stunning Winter Palace) lining the Neva River and was once the palace of Catherine the Great. This is a place you can’t rush through so plan to devote at least a half a day to take in as much of the art and architecture as possible. The Hermitage’s collections include works by heavy hitters like Leonardo da Vinci, Michelangelo, Rembrandt, Renoir, Cezanne, Manet, Monet, Van Gogh and Matisse, and several sculptures by Rodin — just to name a few. 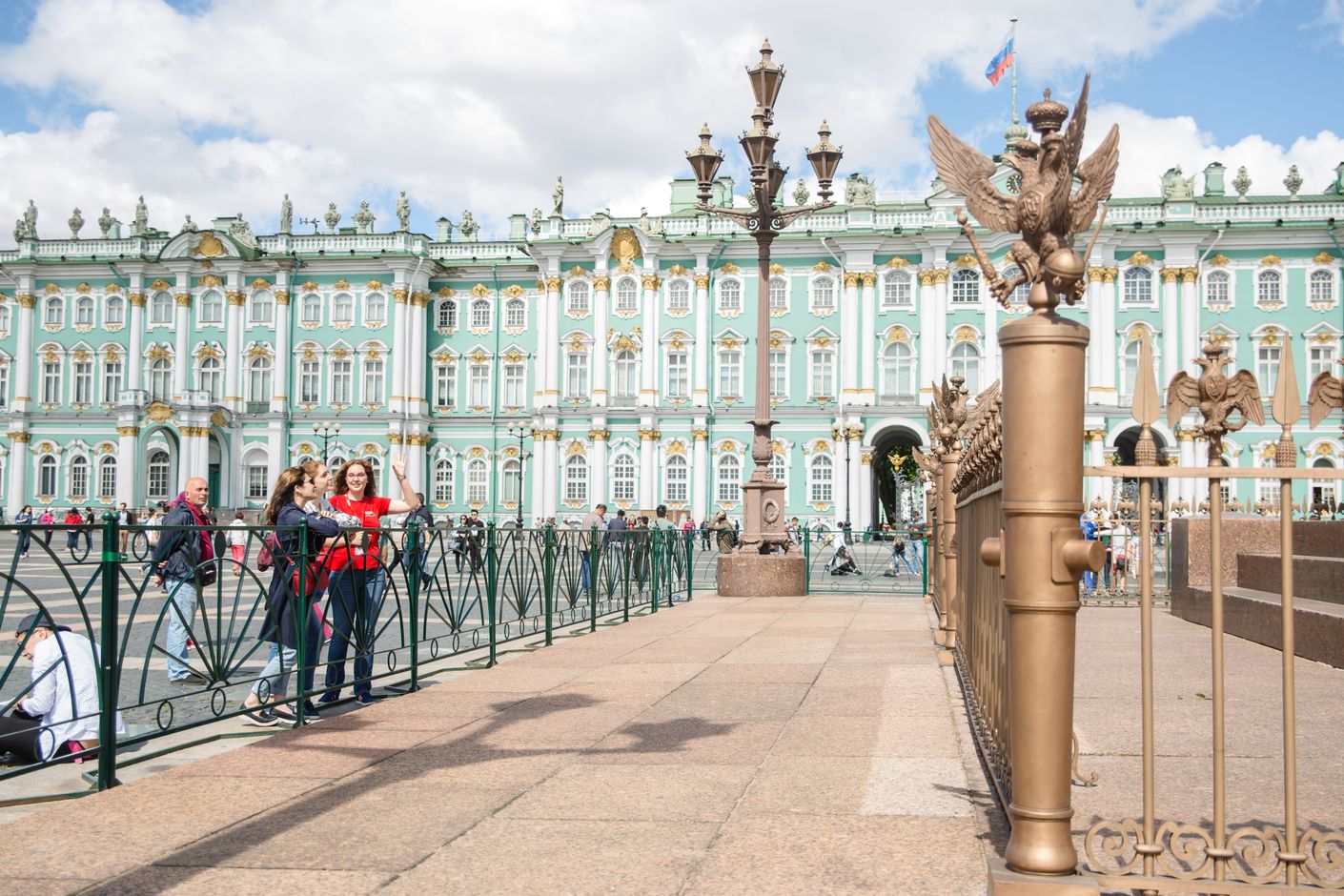 One of the best-known streets in Russia, Nevsky Prospekt, cuts through the historical centre of the city and stretches all the way from the Admiralty to Moscow Railway Station. At some point during your visit you’ll likely find yourself here — Nevsky Prospekt is home to the city’s best shopping, entertainment and nightlife, as well as many historic monuments and other attractions, including the Kazan Cathedral, a monument to Catherine the Great, and the Art Nouveau Singer Building that now houses St. Petersburg’s largest bookstore.

In addition to The Hermitage, St. Petersburg has numerous museums worth checking out during your visit. Some of the best include the State Russian Museum, which holds one of the largest collections of Russian art in the world; Erarta Museum of Contemporary Art, which offers a comprehensive introduction to Russian contemporary art; and the Street Art Museum, located in a former industrial complex and featuring works from street artists around the globe.

For something a little different, make your way to New Holland, a man-made island recently transformed into a public park. Easily accessible by public transit, here you’ll find a year-round roster of concerts and events, public art, a skating rink in the winter, gallery spaces, a few cafés and restaurants, children’s playgrounds and several historical buildings.

Looking for more things to do? Urban Adventures offers day tours in St. Petersburg and beyond, all led by local experts that will give you a taste for local life:

St. Petersburg Like a Local
Join this St. Petersburg tour to discover the gritty greats and strange sights of the ‘burg — and make some new friends along the way! Visit the city’s oldest and most beautiful railway station, discover metro station art relics, and sip on vodka in a bar famous among locals.

Home Cooked St. Petersburg & Market Tour
Discover authentic Russian culture on this food tour that takes you from the oldest market through to a modern residential neighbourhood — where you’ll be welcomed into a local’s home for dinner! Dig into a traditional home cooked meal paired with tastings of vodka and Crimean wines, then play some typical Russian games with your hosts.

Moscow Behind the Icons
Start your Great Russian journey by discovering “Moscow’s Greatest Hits” from a local perspective! Enjoy the classic sites like Red Square and St. Basil’s Cathedral along with the spots only locals know. Learn about Russia’s emperor days, Soviet history, and contemporary Moscow as you experience the city beyond the icons.

Moscow Underground
Go beneath the streets on this tour of spectacular and mind-bending Moscow Metro! Be awed by the architecture, spot the propaganda, and listen to the Soviet stories from a local in the know. Finish it all above ground, looking up to Stalin’s skyscrapers and get the inside scoop on what was going on behind those walls.

St. Petersburg on the big screen

Get in the mood for a visit to St. Petersburg by listening to Russian singer/songwriter Sergey Shnurov, famous for his song In St. Petersburg to Drink.

If you want to get to know more about St. Petersburg, we recommend reading some books by famed Russian novelist Dostoevsky, including Crime and Punishment, White Nights, and Poor Folk.

To find out more about your trip to St. Petersburg or to book an Urban Adventures tour, you can reach us by email at info@stpetersburgurbanadventures.com. You can also follow us on Instagram and Facebook for live updates from the city.

The famous Russian poet A.S. Pushkin called St. Petersburg ‘The beauty and wonder of the northern lands.’ The translation might not sound as poetic as in the Russian language, but the sentiment is there! Tour St Petersburg sample Russian culinary delights, discover the city’s hidden treasures, and be blown away by the iconic architecture — all from the perspective of a local.