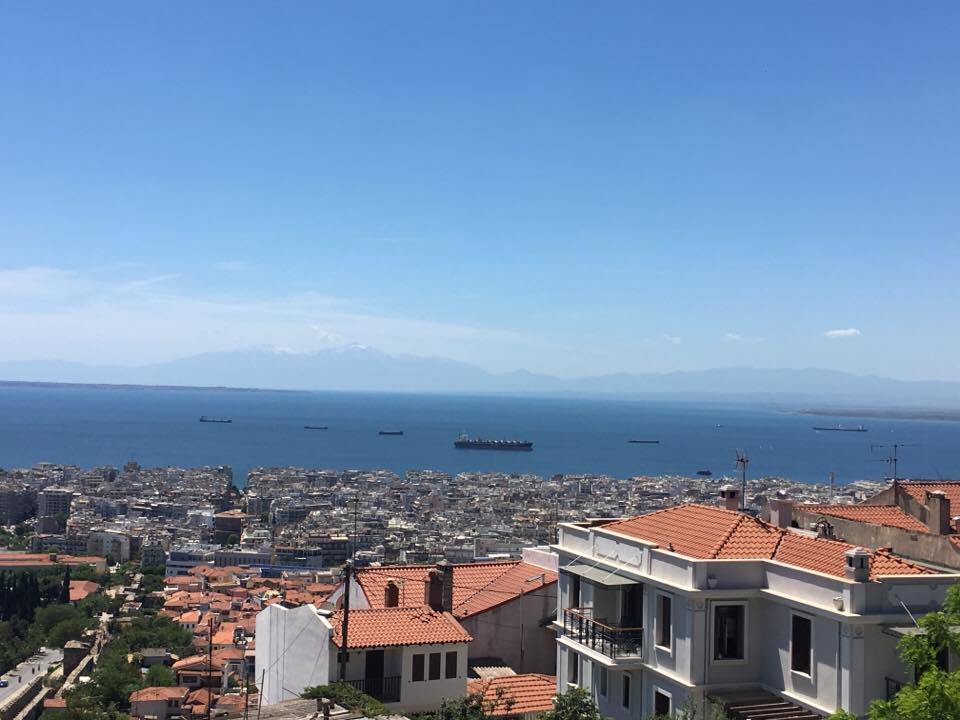 The complete guide to: Thessaloniki travel

There are many reasons to visit Thessaloniki, the second largest city in Greece. A diverse array of neighbourhoods to explore, rich history, an abundance of cultural attractions, amazing food and a vibrant waterfront are just some of the reasons to book your ticket. If you go (or you’re planning a trip), here are our best tips for getting in, getting around, and having the ultimate trip to Thessaloniki.

Getting to and from SKG

Thessaloniki airport is located 14 kilometres from the city centre and is accessible by public bus going to and from the airport. Express bus line 78 (and 78N at night) connect the airport to the city centre. Tickets can be purchased from vending machines on board the bus (exact change required) and the fare is EUR 2. Travel time between the airport and the city is 40 to 50 minutes and buses run every 30 minutes.

The only choice for public transportation in Thessaloniki is public buses, but they make for a good way to get around the city. There is a dense network of bus lines connecting most parts of the city and suburbs. Tickets cost EUR 1 when bought from street kiosks (periptera) or EUR 1.10 when bought from vending machines on board the buses. Tickets must be validated in one of the special machines found on all buses.

Walking is a great way to get around Thessaloniki since many of the city’s sights and attractions are close enough together to explore on foot. Things to do in Thessaloniki

Make like a local and watch a basketball game while you’re in town. Ticket prices start at EUR 10 and you can buy tickets online. Basketball in Greece has become popular due to the team ARIS, based in Thessaloniki. The team has a remarkable history in both Greek and European basketball, especially in the ’80s and ’90s. If you don’t want to watch a game, or if there is nothing on while you are in the city, you can always visit the ARIS Basketball Museum, which hosts exhibits from the first championship in 1930 and the European cups (1993, 1997, 2003) up until the last Greek Cup in 2004. Above each trophy, a TV screen shows the games in which these cups were won.

Another way to get a feel for local life is visiting Modiano and Kapani markets. These city market serve as a delicious introduction to Thessaloniki’s vibrant culinary scene. Both markets offer a glimpse (and taste) of traditional Thessaloniki foods and are across the street from each other. Wander through both for a sensory overload of colourful spices, produce, meats, cheeses (oh, the cheeses), olives, and many local snacks and prepared items. For anyone craving some culture, Thessaloniki is teeming with interesting museums to explore. Start with the Archaeological Museum of Thessaloniki, split into seven eras from prehistoric to the early Christian period. This is one of the largest museums in Greece and the central museum of northern Greece. Some other museum highlights to check out include the State Museum of Contemporary Art, Museum of Byzantine Culture and Thessaloniki Museum of Cinema.

Ano Poli (or the Upper Town) is enclosed within the city’s old fortifications at the highest point of the city. The historic area survived the great fire of 1917 so has retained much of its old-world aesthetic, and is one of Thessaloniki’s most charming neighbourhoods. Spend some time exploring the narrow streets and alleys filled with beautiful ottoman houses and traditional taverns. Due to the area’s elevated location, Upper Town is a great way to see Thessaloniki from above. You can get here on foot, but if you’re short on time or don’t feel like hoofing it, take bus 23 from the city centre.

Street Mode is an annual music, art and sports festival that has been held in Thessaloniki since 2009. It is the largest festival in North Greece, hosting more than 40,000 spectators each year. The three-day program (usually around the end of August) involves more than 50 live music performances on multiple stages and DJ sets, as well as street art, street dance, parkour, skateboarding, children’s activities and much more.

Thessaloniki on the big screen

Genethlia Poli (The Birthplace) showcases the history, as well as the linear evolution of the city and makes for a good introduction to Thessaloniki.

There are many songs referring to Thessaloniki, which people all over Greece still listen and dance to. Try this one and this one.

The Thread by Victoria Hislop is an epic novel that spans nearly a hundred years, set amidst the turbulent city of Thessaloniki, Greece.