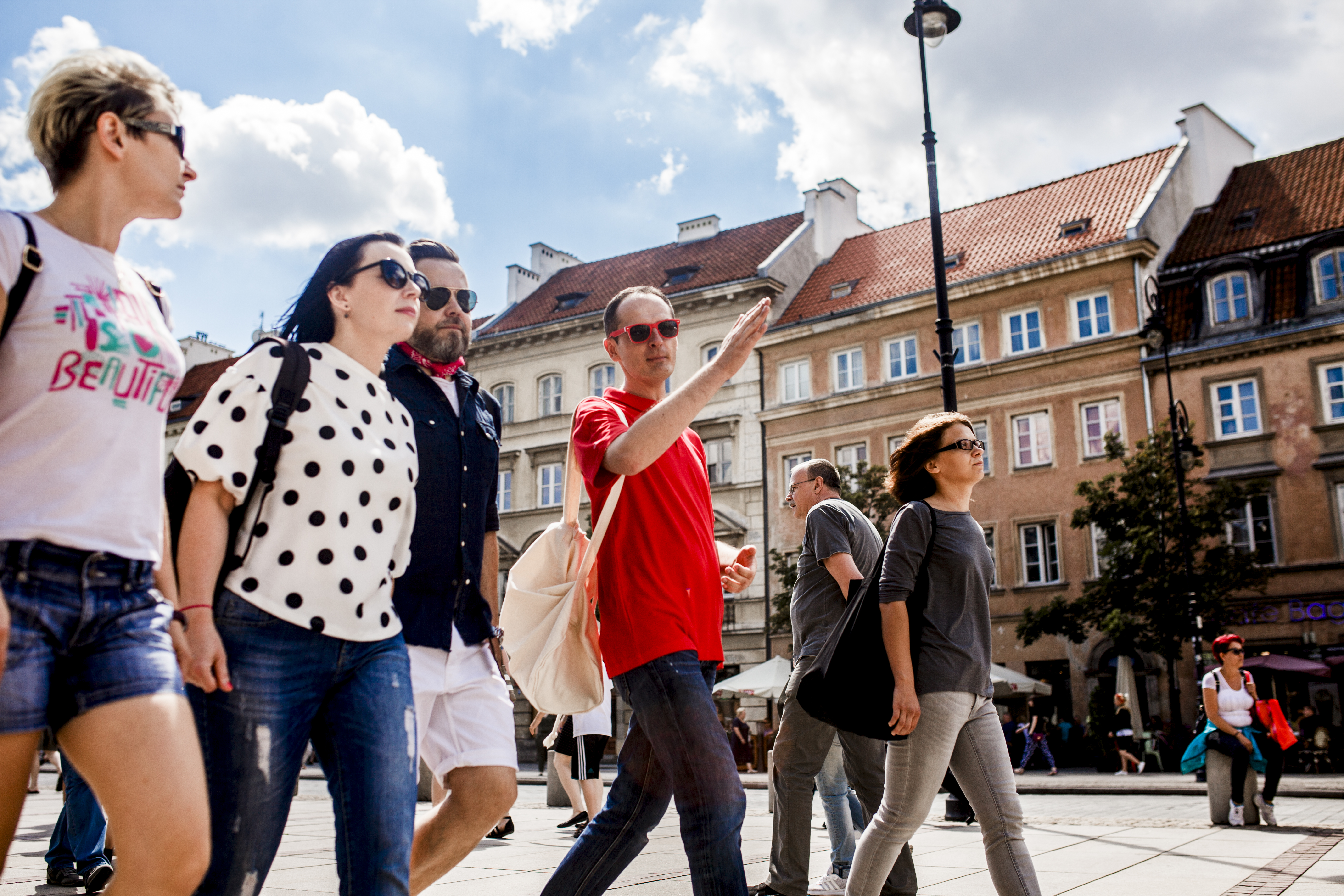 The complete guide to: Warsaw travel

Warsaw might have a tumultuous past and gritty exterior, but it won’t take long to be sucked in by the city’s many charms. Poland’s capital offers some of the best food in the country, bars and nightlife to rival any major European city, interesting museums, and beautiful parks and gardens. The up-and-coming destination is well worth your time and here is everything you need to know before you go.

Getting to and from WAW

Your best option for getting to the city centre from the airport is by train or bus. If you’re taking the train, line S2 is the one to look for, which takes you to Śródmieście station in the city centre and runs twice an hour. The journey should take about 20 minutes and a ticket is PLN 4.40.

Bus stops can be found in front of arrivals at Zone AB and Zone CDE and buses run frequently between around 5am and 11pm, with your journey time taking approximately 25 minutes. Bus lines 175 and 188 travel to and from the airport during the day and bus N32 runs at night. The cost for a bus trip is the same as for the train (PLN 4.40).

Public transport is well-developed in Warsaw and a good way to get around the city. You can use trams, buses and the metro. Tickets are valid for use on all forms of public transport and for the most part when visiting, you’ll likely be travelling in Zone 1. Prices vary depending on how long you want to travel and start at PLN 3.40 for a 20-minute ticket, moving up to PLN 4.40 for 75 minutes of travel. If you plan on spending more than a day or two in Warsaw, you also have the option of a 24-hour ticket for PLN 15, a weekend ticket for PLN 24, or a three-day ticket for PLN 36. Just remember (whichever ticket you’re using) to validate it after entering the tram or bus. 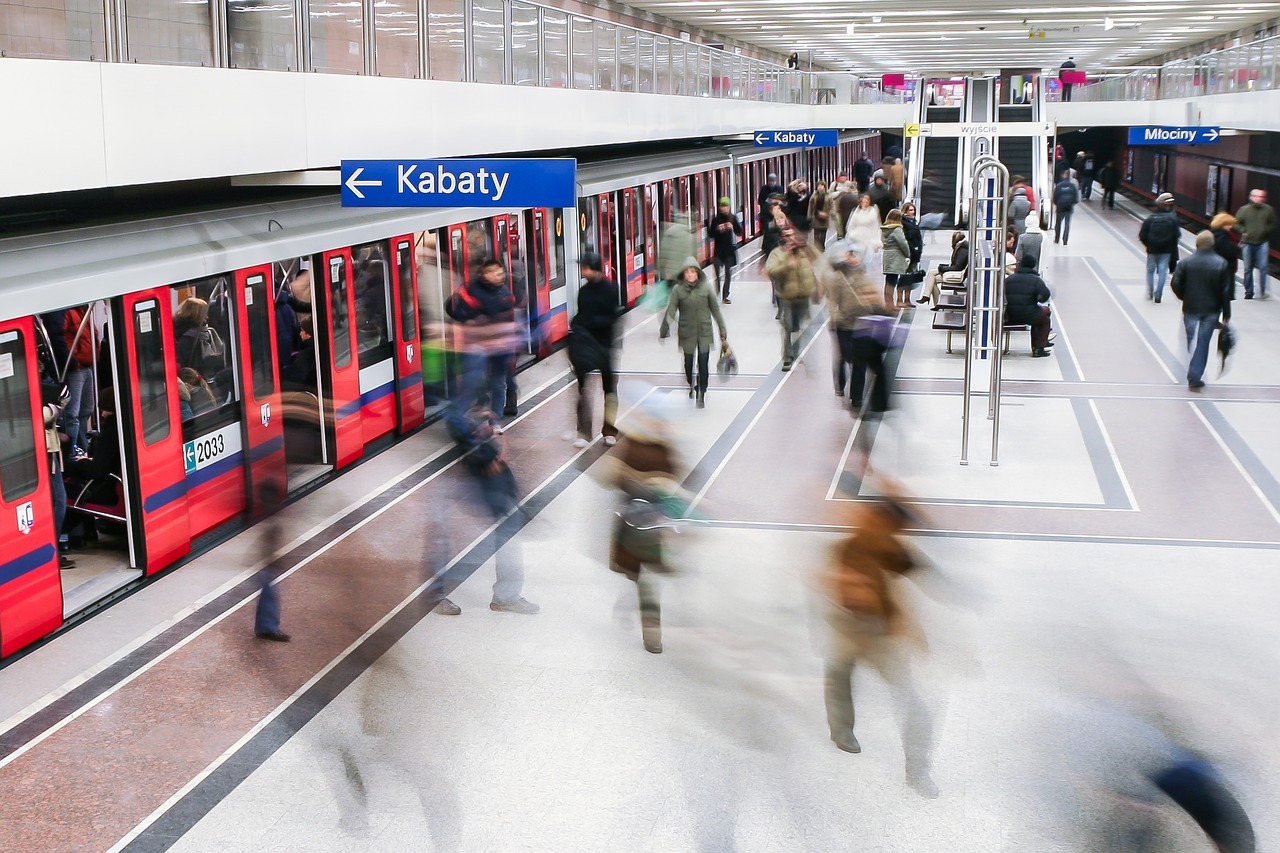 The bus runs from around 5am to 11pm with night buses taking over after that (indicated by the letter N). The metro runs from 5am to midnight on weekdays and until 2:30am on weekends. Tickets can be bought from a series of ticket machines with instructions in English all around the city, at all metro stations, and some bus and tram stops (with English translations printed on tickets).

Things to do in Warsaw

Polish-born composer Chopin is a significant part of the country’s culture and a celebrated figure in Warsaw. You can enjoy free concerts featuring the music of Chopin in Lazienki Park every Sunday at noon and 4pm from May to September at the foot of the park’s Chopin monument. If you want to learn more about Chopin and his legacy, make a point of visiting Fryderyk Chopin Museum, which offers a multitude of exhibits taking visitors though the life and career of the beloved composer.

Spend some of your time in Warsaw simply exploring the city’s Old Town with its labyrinth of cobblestone streets. Not only a picturesque place to walk around, the Old Town was completely rebuilt after the Warsaw Uprising of 1944 when it was almost entirely destroyed. This is where you can see a whole host of city attractions in one shot, including the Royal Castle, Historical Museum of Warsaw, Adam Mickiewicz Museum Of Literature (named after Poland’s most famous writer and poet), the Presidential Palace, and the Old Town Market Square, which dates back to the 13th century. There are many worthwhile museums in Warsaw, but one of the most interesting is the state-of-the-art Warsaw Rising Museum, which commemorates the Warsaw Uprising of 1944 — the Polish rebellion against the Nazi occupation. Interactive exhibits take visitors through the tumultuous time in the country’s history and offer a detailed glimpse into a truly significant time for Poland.

At some point while you’re in Warsaw you’re going to want to get your hands on a zapiekanki, a popular street food in Poland. This simple yet tasty snack is basically a halved baguette topped mainly with mushrooms and cheese and toasted until the cheese is melty and the bread nice and crisp. You can find them all over the city for around PLN 4-5. A couple of other must-eats in Warsaw include pyzy (dumplings filled with meat or mushrooms) and flaki for the more daring (a thick soup or stew made of tripe).

Warsaw on the big screen

The Pianist is an award-winning (including three Oscars) film by Roman Polanski telling the extraordinary true story of Wladyslaw Szpilman, a great pianist and composer who miraculously survived the destruction of Warsaw’s Ghetto.

Check out some bands from Poland before your trip, including Warsaw Village Band, The Kurws and Żywiołak.

The Man with White Eyes by L. Tyrmand is a bestselling novel about post-war Warsaw’s crime world.