Blog > The history behind Spanish torrijas 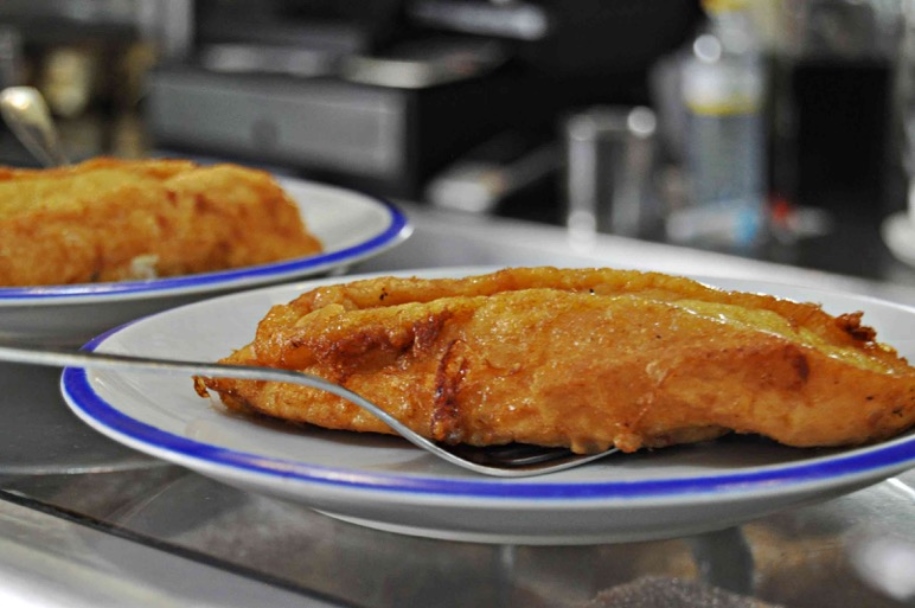 The history behind Spanish torrijas

Similar in nature to bread pudding and French toast – but with it’s own regional flair – the Spanish torrija is a simple yet must-try traditional dish with an interesting history that’s well worth seeking out on your next visit to Spain.

What is a torrija?

If you take some basic ingredients such as bread, egg, milk or sweet wine, you can create one of Spain’s most traditional desserts. The torrija, a fried, three-day-old slice of bread which has been dipped in milk, egg, honey and cinnamon (or in a sweet white wine and sugar), is now a must during Easter week in Spain.

If you visit Spain during Easter, all you will seem to see are people who eat, breathe, and fry torrijas. However, for those desperate to try a torrija or need to fulfil a craving at other times in the year, you can find them at La Casa De Las Torrijas in Madrid.

History and origins of the torrija

The origins of this dish are wildly uncertain. Some recipes found date all the way back to around the 5th century, and others more similar to what we make today, to the 15th. Similar to French toast, the recipe has been adapted in Spain and now contains cinnamon and sugar, but culturally speaking it’s significance dates back hundreds of years. The popularity of this sweet treat can be traced back to two pillars of Spanish culture: women and the Catholic church.

Interestingly, this highly tasty and calorific desert was originally given to women during pregnancy. In the 15th century the Catholic church believed that any dish containing egg, which was a symbol of creation, would be healthy and beneficial to pregnant women. This is why torrijas were given to women throughout their pregnancy as well as post-labour, to ensure that all nutrients which may have been depleted during pregnancy, be fully replenished.

The church’s impact on Spanish torrijas

The Catholic church, throughout the middle ages, believed that any food associated with egg was a sign of rebirth and fertility. This is why the torrija was so popular with pregnant women, who hoped that by eating an abundance of egg they would increase fertility and ensure the health of their children – something  that is now no longer believed.

Making Torrijas with wine became popular through the influence of the Catholic church. Bread was a representation of the body of Christ and the wine represented the blood of Christ. Economically speaking it also made much more sense to use wine, a preserving liquid that didn’t necessarily need to be of incredible quality. Throughout the 20th century, the national desert started to lose its religious background and instead torrijas are now simply ordered by the locals in need of a sweet treat.

How to eat a torrija

Enjoying Spanish torrijas is a pretty simple (and tasty) affair.