Blog > Ultimate guide to being vegan in Bucharest 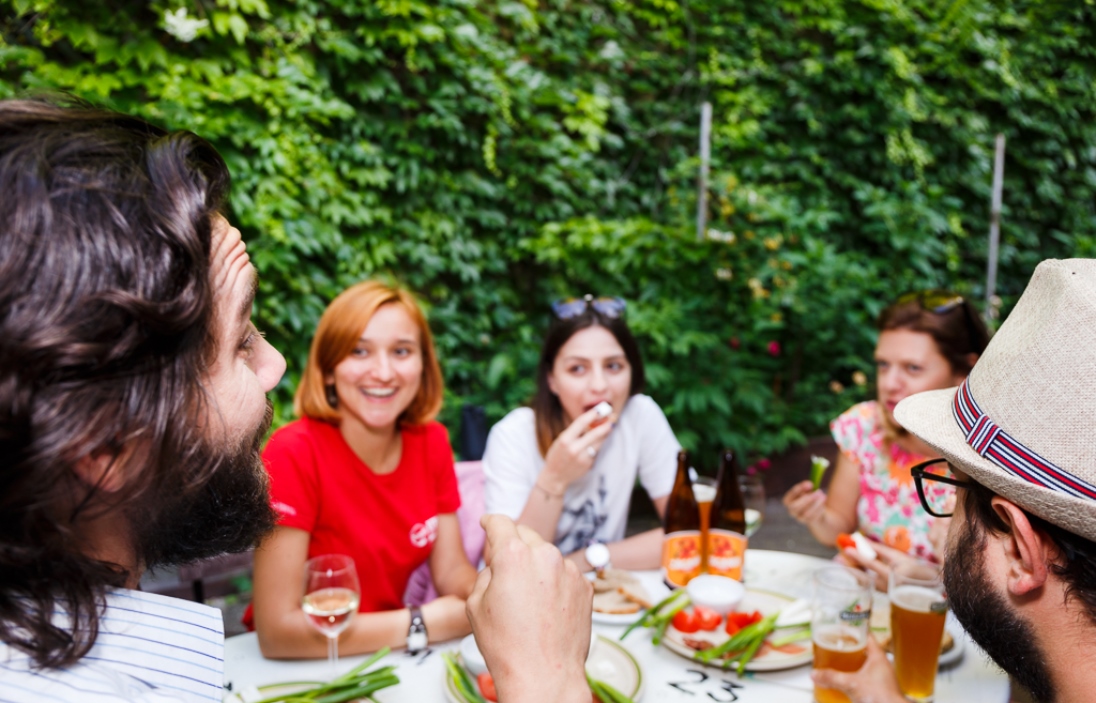 Ultimate guide to being vegan in Bucharest

Much like the rest of Eastern Europe, Romania is a country that enjoys its meat dishes, so it’s likely not a place you associate with vegan cuisine, but there are a surprising number of local dishes that are indeed vegan – and delicious! If you’re visiting Bucharest and on the hunt for some vegan-friendly fare, we’re here to help you navigate some of the best things to eat.

The most common vegan-friendly starters would be the zacuscă, a vegetable stew in which eggplant is the star; salata de vinete, eggplant salad; or fasole bătută, mashed white beans with a tomato and onion sauce. Should you be visiting a Romanian friend’s home, don’t be surprised to be served ciorbă de legume (vegetable soup), which will delight your taste buds and stomach, particularly if you’re visiting Romania during the cold season. In spring you might be offered sour salad soup, which, depending on the weather outside, might be served cold if it’s a very hot day, or warm if the weather is a bit colder. Another option for starters might be salată orientală, a salad containing boiled potatoes, onions, black olives, and a lemon juice and olive oil-based dressing. Simple, easy, and yummy. What more can you ask for?

A simple vegetable soup can be filling and delicious | Photo via culinar.ro

For the main course, you‘ll find more elaborate dishes like stewed vegetables with rice called pilaf de orez. Note that spring is probably the best season to enjoy authentic vegan dishes in Romania. Usually in March and April you may try a wide variety of refreshing spring greens like nettle, spinach, ramson (bear’s garlic), sorrel, stevia, and celandine which make such incredible and tasty stews. This time of year, the farmer’s markets explode with colour, and locals gladly go for greens and vegetables to replenish their vitamin supplies after the long winter.

If you’re in the mood for something sweet, there are quite a few options to choose from, starting with homemade fruit compote and confiture, to different types of cakes. If you want to try street food desserts, there are various fruit pies, strudels or tarts with apple, sour cherries, or wild fruits.

Don’t feel discouraged from visiting traditional restaurants, as they usually serve a variety of vegan dishes under the heading “de post” (for Lent/fasting), so keep those words in mind. A very handy source of inspiration for vegans and practicing Christians fasting before religious holidays is “Monastery cuisine” (Mâncăruri mănăstireşti), with a major focus on vegetable stews and sour soups.

Traditionally, monks and nuns grow their own food on the monastery grounds, to the extent where they sometimes become almost self-sufficient communities. You can’t get food that’s more seasonal and locally sourced than that! And to be honest, there’s something about food made in those big old pots which brings out delicious flavours and interesting topics at the table you’d be sharing with quite a few fellows monks, nuns, and tourists.

In terms of vegan (or vegan-friendly) restaurants, here are a few to check out on your next stay in Bucharest.

Rawdia: This spot is a very popular choice for creative, raw vegan food and serves loads of colourful wraps, salads, smoothies and other healthy items in a casual setting.

Barca: There’s an extensive menu here of vegetarian, raw and vegan dishes, including vegan renditions of traditional Romanian dishes (including a vegan take on tripe soup), as well as salads, soups, pastas, and more.

Aubergine: Expect a Mediterranean influence at this spot in the Old Town. They do serve meat, but the menu does have a number of vegetarian and vegan items to choose from.

Need some healthy or vegan items while you’re visiting Bucharest? Here are a few places to make note of:

Ki Life: This spot is where you can stock up on organic, healthy goods as well as vegan items.

Pukka Food: This is Romania’s first organic store, open since 2008. Shop everything from fresh produce to vegan snacks. They also have a vegan restaurant.

Naturalia: With several locations in the city this is another good spot to pick up healthy goods and some vegan items.