Blog > Ultimate guide to being vegan in Budapest 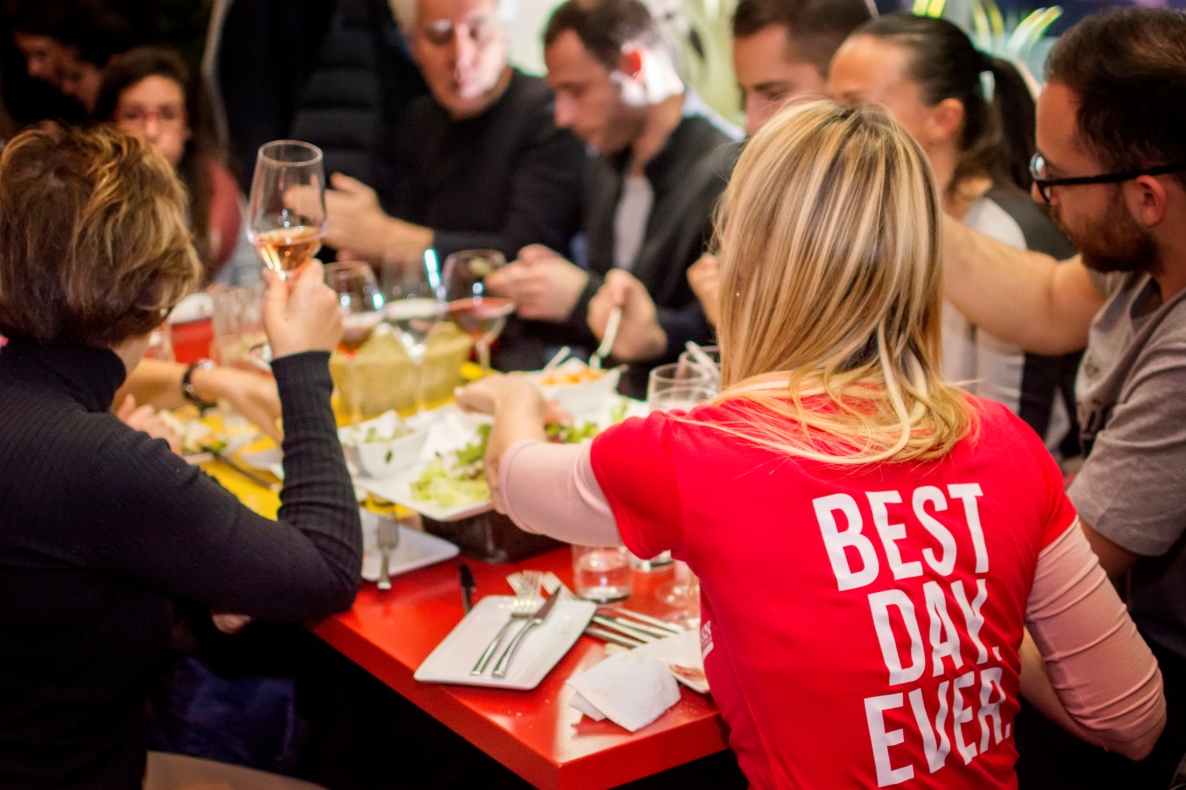 Ultimate guide to being vegan in Budapest

Eating vegan in Budapest is easier than you think. Over the past several years, more and more restaurants have opened that are either completely vegan or that offer special vegan menus. Nosh on everything from burgers to pastas to sweet treats – all without meat, eggs, and dairy (with many gluten-free options as well). Looking to start your list of vegan spots to check out? You’ve come to the right place! We’re sharing some of our favourite places for eating vegan in Budapest.

Traditional Lángos, which you can top with a variety of delicious vegan-friendly toppings. Photo credit: Budapest Urban Adventures

Surprisingly, Hungary does have a few vegan-friendly traditional dishes, though they may not be the healthiest foods. One of the most famous street foods is lángos, a deep fried disc of dough that in its purest form could be a quick vegan option. Typically topped with sour cream and cheese, if you can ask for one minus the dairy you have a tasty vegan snack since it’s basically deep fried dough with some garlic flavour on the top. Another vegan-friendly countryside classic is dödölle, a blend of cooked, mashed potatoes and flour baked in an oven with fried onions and oil. As delicious as it sounds!

Napfényes Restaurant: This spot is one of the oldest vegan restaurants in the city with a wide variety of options. From vegan versions of local classics like goulash or stuffed cabbage, to their amazing selection of desserts, you can find pretty much anything here. There’s even a long list of vegan pizzas as well as gluten free and raw food options. Ingredients are organic wherever possible and they try to make their dishes as healthy as they can without compromising on flavour. Don’t leave without asking for their huge pogácsa (scone) for a take-away treat. Prices range from around EUR 8 to 18, but every weekday you can get a soup and main dish combo for about EUR 7.

1053 Budapest, Ferenciek tere 2. (on the corner of Veres Pálné and Curia street)

Vega City: For anyone looking for a very quick but tasty vegan lunch in the city centre, there is no better option than Vega City. Part of a “vegan complex” with two other popular institutions (a health-focused grocery store and a vitamin shop), Vega City has quickly became a favourite among office workers and university students from the area. The long queue during lunch time speaks for itself! Prices for the daily menu (soup and a main dish) is around EUR 4, but you can get some of their great stews or soups for as cheap EUR 1.5.

Matrjoska Kroshka: The owner of this vegan restaurant actually used to have a very popular restaurant not far away featuring traditional Russian dishes heavy on the meat, but she closed it down due to her changing values. Matrjoska Kroshka offers some seriously delicious burgers (we highly recommend the spicy cabbage patty), but still holds onto its Russian heritage with a variety of vegan pelmeni (a type of Russian dumpling) on the menu. In addition, there’s always a gluten free option and housemade buns are also available sans gluten. The burgers range from EUR 4 to 6, but they also offer daily lunch menus (soup, burger, and a drink) for EUR 6.

TÖKMAG: Even the most committed of meat-eaters often forget about the lack of animal-based products at TÖKMAG, located in central Budapest. Their menu is short but perfect: a few burgers (their beetroot burger is phenomenal), sandwiches, lunchboxes (mostly pastas, hearty salads and grain bowls), soups, and two dessert options. Meals are created without sugar, gluten and yeast and made with local, seasonal ingredients. You can have one their gorgeous burgers or lunchboxes for around EUR 5, but a sandwich is between EUR 1.5 and 3.

Naspolya Nassolda: Sometimes you need some sweetness in your life, and Naspolya Nassolda is one of the best spots in the city for vegan treats. The raw-vegan café comes up with a rotating roster of unique flavours (you might find an apricot pie with lavender or a matcha cake, depending on the day) but the menu changes according to what’s in season. You can also find little sweet snacks and healthy breakfast, too. Even the almond milk is prepared on the spot for you. The prices range from EUR 2.5 to 3 for the sweets and snacks, and EUR 5 to 6.5 for breakfast.

Vegan Garden: This place offers not one but several vegan street food options in one place! In the heart of the busy, colourful Jewish District, the open-air Vegan Garden started its second season at the end of March and based on the success of the previous one, people are loving the concept. Open seasonally during the warmer months, this collection of vegan food trucks offers everything from plant-based burgers and pizza, to dairy-free ice cream and more. Prices range according to the vendors.

BioABC: This spot is the ultimate choice in the city centre to get everything you need for your healthy lifestyle, from organic veggies and fruits, to all sorts of vegan ingredients. You can also find natural beauty and household products here.

Bio-Barát: Even though it’s not exclusively vegan-friendly (as they sell organic meat), this chain could be a good option for those who are looking for ingredients for vegan cooking (including vegan cheese and sausages). It offers various eco-friendly products beyond the edible vegan options, too.

Rákóczi Market: This 19th century indoor market is open 6 days per week from Monday – Saturday and is a great option for fruits, vegetables and other treats.