Blog > What to eat on Crete besides meat: Why the island is a vegetarian’s paradise 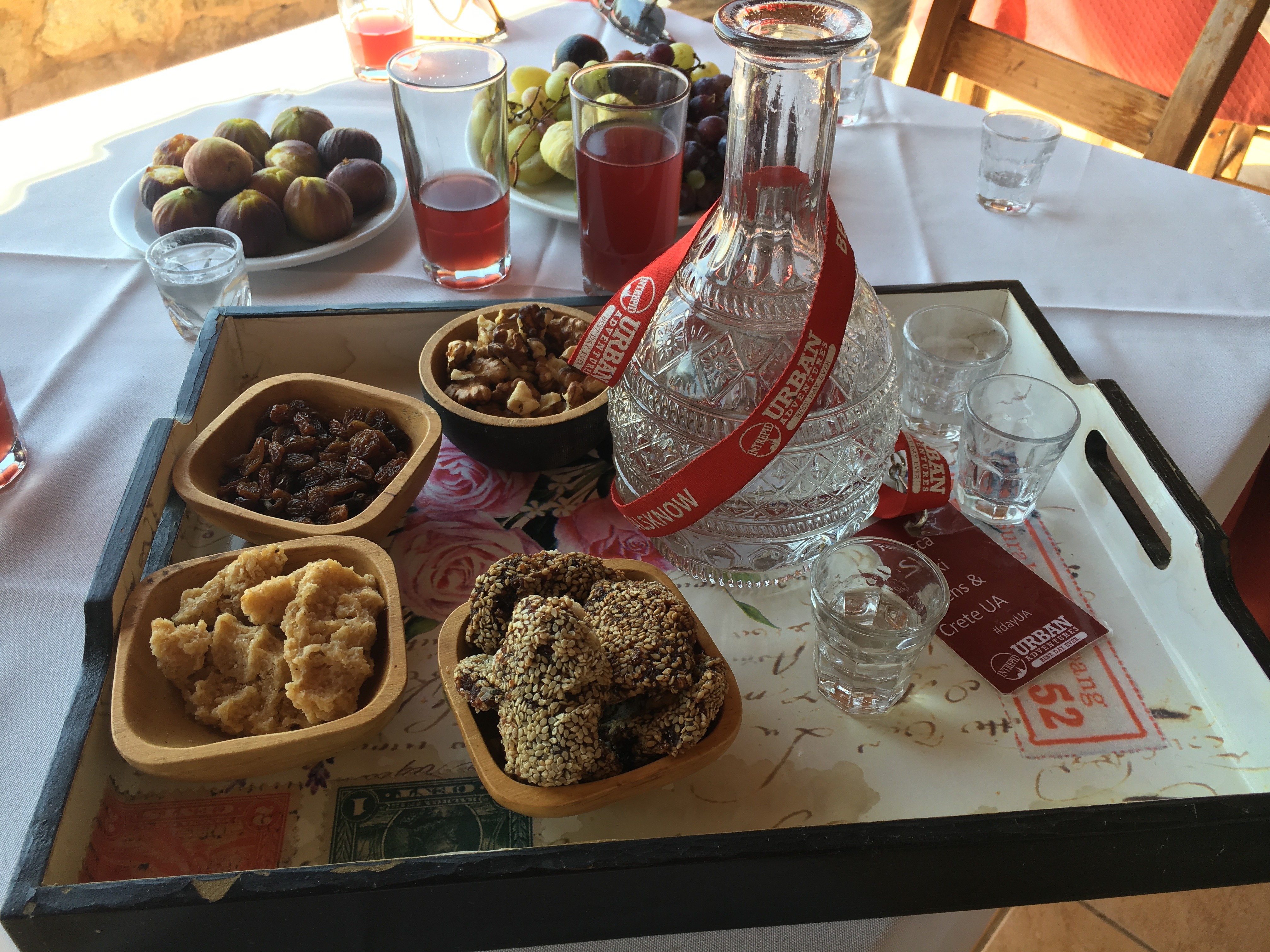 What to eat on Crete besides meat: Why the island is a vegetarian’s paradise

It’s been news for years now: the scientific community has declared the Cretan diet as the basis of what is more commonly known now as the “Mediterranean diet” — the healthiest diet in the world. In their research, nutritionists and other professionals analysed the reasons for the longevity of Cretans, eventually attributing it to, quite simply, good nutrition and local products.

The base ingredients of Cretan cuisine are simple: many wild greens (avronies, stamnagathi, askolymproi, rodikio, galatsides, xestachia, black mustard) and cultivated herbs; vegetables eaten boiled, raw in salads, or even pan-fried with eggs; legumes cooked in various ways; and, of course, meat and fish in small portions.

Because of this, vegetarians have a plethora of options for food on Crete. And while there are some great vegetarian restaurants on the island (check out To Stachi Bio Slow Food or Ntounias Educational Farm, both in the Chania region, Το ροβύθι (The Chickpea) in Heraklion or 1600 raki ba raki in Rethymnon), you can honestly find vegetarian dishes in almost every restaurant. Plus, did you know that during the Greek Orthodox feast or fasting days, which total about 186 days a year, certain kinds of food such as meats, fish, dairy, and the like are not consumed — creating a wide range of vegetarian and vegan dishes!

So, what should you eat? Well, there are countless dishes but here are some of our favourites (and the ones you’re most likely to find in restaurants).

Dakos is similar to Italian bruschetta, but instead of being made with a toasted bread base, in Crete we use barley rusks. The rusks are soaked in olive oil and topped with fresh tomatoes, olives, capers, oregano, parsley, salt and pepper, and of course the Cretan soft cheese known as mizithra.

There are more than 100 edible horta (wild greens) on Crete and it is a very popular dish among locals. You’ll find different greens during different seasons, as most Cretans cook and consume whatever is in season. Greens can be eaten raw as a salad but most of the time they are boiled or cooked as part of various recipes. The most common greens are black nightshade, nettle, mallow, sorrel, amaranth, chicory, purslane, vetch, golden thistle and avronies, which is a kind of wild asparagus. 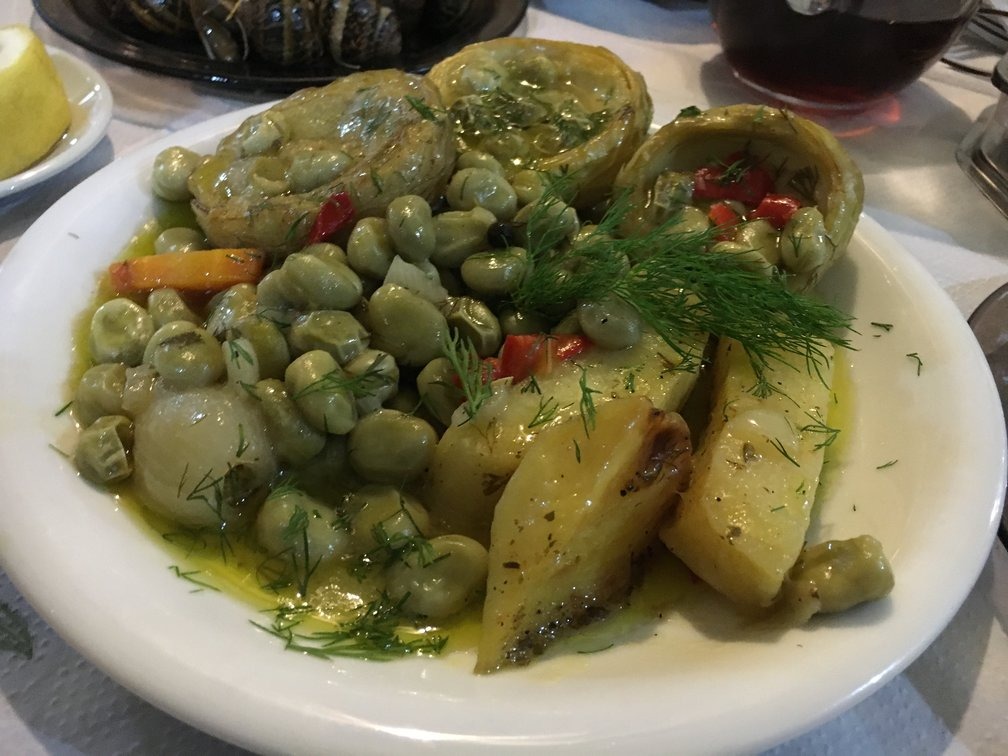 Broad beans have been consumed in Greece since antiquity, both fresh (raw or cooked) and dried, alone or in mixtures with other legumes and fruits. There are many recipes around but we love them with artichokes and lemon sauce.

It might look like a dip but it’s actually puréed yellow split peas. It is delicious, incredibly nutritious and almost always served with chopped onions and olive oil on top.

Greek salad or horiatiki (meaning “from the village”)

Of course the Greek salad is one of the most popular and well-known Greek dishes, and yes, you’ll find it at every restaurant on Crete. It is the simplest of dishes, made with tomatoes, cucumbers (peeled and sliced), red onions, green bell peppers, olives, traditional Greek feta, extra virgin olive oil (for dressing) and dry oregano. 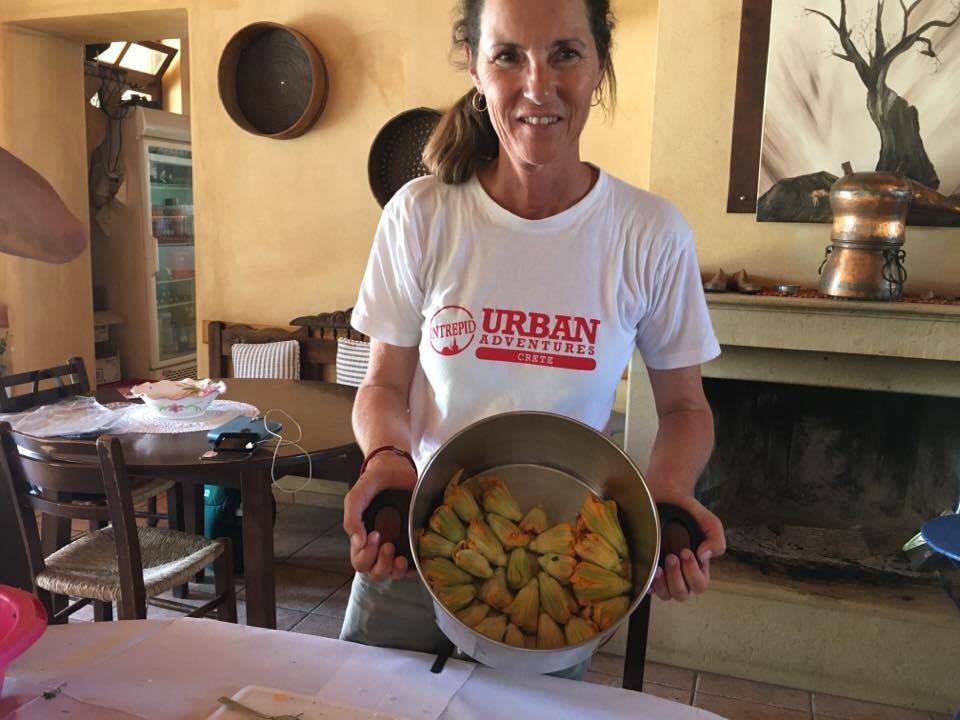 Gemista (which in Greek means “filled with”) is a traditional recipe all around Greece — vegetables (often peppers or tomatoes) are stuffed with a rice mixture and baked. One of our favourites is one you’ve probably never had: stuffed zucchini flowers! Yes, you read that right. The blossoms are stuffed with rice and herbs, and the dish is simply mouthwatering.

Eating out is a great tradition in Greece, don’t miss the opportunity to do so while on Crete. But, a #localsknow tip: Be aware that Greeks (and Cretans) go out for dinner very late, so check beforehand if your restaurant is ready to serve you.