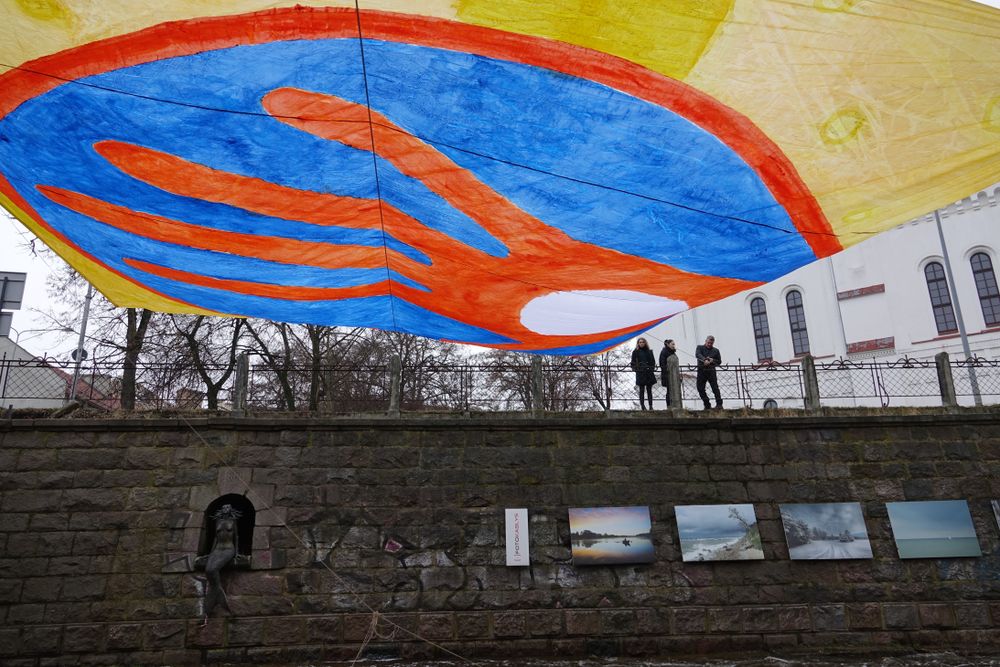 Ever heard of the Independent Republic of Užupis?

Užupis, a district of Vilnius’ Old Town in Lithuania (one of three Baltic States and the geographical centre of Europe), isn’t as well-known as the famous indie districts of Freetown Christiania in Copenhagen or Montmartre in Paris, which Užupis is often compared to. But what it lacks for in fame it makes up for in uniqueness. And if free thought, bohemian vibes, a laid-back atmosphere and smart jokes appeal to you, then a visit to this little-known district should be in your travel plans. To inspire those travels, we asked local Vilnius tour guides, Kestas Lukoskinas and Vilija Dovydenaite, what the Republic of Užupis means to them.

“Even before you cross the river into Užupis, you feel something different, joyful and surprising is awaiting you out there,” says Kestas (he also happens to be the Minister of Tourism for the Republic of Užupis!). “It’s more laidback, more relaxed.”

Kestas explains that the citizens of the Republic of Užupis feel there is too much seriousness in the world. “We should extract more fun out of daily life,” he says. “Make fun of ourselves and our situations more often.” 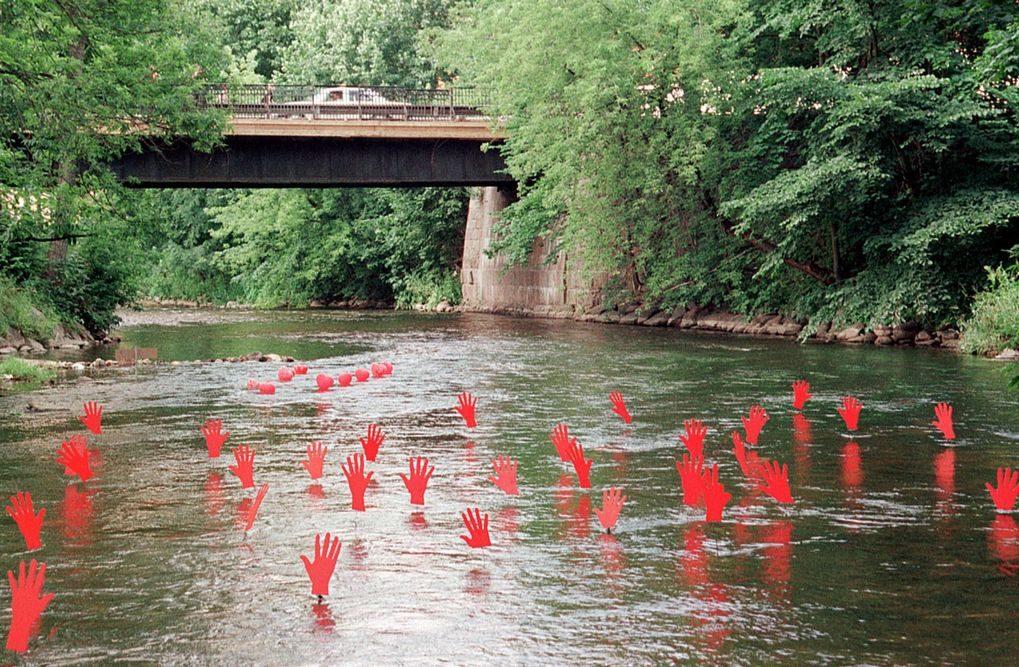 Art is everywhere in Užupis

While Užupis was first mentioned in writing in the 16th century, as a periphery of Vilnius established behind the city’s defensive wall, modern-day Užupis started to become an interesting place to live only in the early 1990s, when artists, art students and other free spirits began to move into the mostly abandoned neighbourhood in search of cheap living. Squatters settled into empty houses and, up until Lithuania’s independence from the Soviet Union in 1990, the area was one of the most neglected and dangerous neighbourhoods in Vilnius. Slowly, artists began to paint the area, brightening up the neighbourhood with colour and leaving their marks in this dark, ignored corner of the city.

“It was a way of colouring every day because life wasn’t that easy back then,” explains Vilija.

In 1997, the neighbourhood’s artsy residents declared the district as the Independent Republic of Užupis, complete with its own currency, president, cabinet of ministers, parliament, constitution and armed forces of eight. And while the rest of the world may only unofficially recognise the Republic of Užupis as its own country, you can still get a visa stamped into your passport when you arrive and become a proud friend of the Republic.

Once a neglected neighbourhood, Užupis is now one of the trendiest districts in Vilnius

As the Minister of Tourism as well as the Republic’s Ambassador to India, Kestas says that his role is to spread the word about Užupis, by introducing the fun of the Republic to travellers, expats and journalists, and to help nurture relationships with other nations — to foster better cooperation, but with less formality. “It’s about establishing relations with less protocol.”

One of Kestas’s recent tasks was the organisation of translation of the Republic of Užupis Constitution into Hindi and Sanskrit, as well as to find sponsors and organise a special event for unveiling the tablet — complete with the presence of government officials and VIPs from all three countries, the Republic of Užupis, Lithuania and India. The constitution has been translated into over 50 languages so far, with 29 versions posted on a wall on Constitutions Avenue in the Republic. And there’s a story behind many of the translations: for example, Sanskrit was selected because of Lithuania’s unique ties to the ancient language — Lithuanian is the oldest Indo-European language in the world and closest in grammar to Sanskrit.

Today, Užupis is one of the most expensive districts in Vilnius after Old Town. Real estate projects are popping up and businesspeople and politicians have started moving in — and the current community of Užupis fear many of them don’t represent or live the culture of the Republic of Užupis, where volunteering and working for the community are ingrained in daily life. Newcomers want to experience what was once downtrodden and the neglected has now become trendy.

But even with gentrification moving in, the members of the Užupis community nourish communication and cooperation, maintaining their independence, artistic spirit and quirky sense of humour. “It is an example of how communities can live and work,” explains Kestas.

The best time to visit? April 1 for Independence Day parties!

There are community events several times a week, as well as to celebrate holidays and seasons, such as the Day of White Tablecloths that happens after Easter, when locals gather together to share their Easter dinner leftovers on an outdoor terrace — even when it’s still snowy and cold. And every November, they celebrate the Days of Wind, when the weather it dreadful, but the community hosts concerts and events to keep spirits up.

All the artwork is produced voluntarily and sculptures and pieces are constantly appearing, disappearing and reappearing, by both known and anonymous artists from within the Užupis community. Pieces are altered and new meanings behind the works are debated — appropriate for a place so dedicated to creativity, independent thought and a fair dose of whimsy.

You never know who you’ll meet in Užupis

That’s the kind of quirk you can find all throughout Užupis – although to really appreciate this district (with its more than 40 points-of-interest!), you’ll need a bit of insider knowledge.

“Without information gathered in advance or without knowing someone from the district, you wouldn’t appreciate and enjoy in full the Republic or have access to the inside jokes,” says Vilija. “You might miss the whole vibe or understand why it’s so fun.”

You can find some info on the internet, or from the “Magnets & Miracles” Užupis Information Centre-Post Office and any of the three tourism information centres of Vilnius, but still, it’s a hard community to “get” without an insider to lead you.

That’s why Kestas and Vilija have launched an annual Užupis pop-up tour that invites travellers to take part in the Independence Day of the Republic of Užupis on April 1. (The fact that it’s Fool’s Day is intentional timing.) In 2018, the Republic is celebrating its 20th anniversary of independence, and you can join the festivities, watch and participate in concerts, visit boutique shops, sample local foods and chat with citizens about life in Užupis.

Images via Algimatas Lekevičius, Minister of Communications and TV of Republic of Užupis