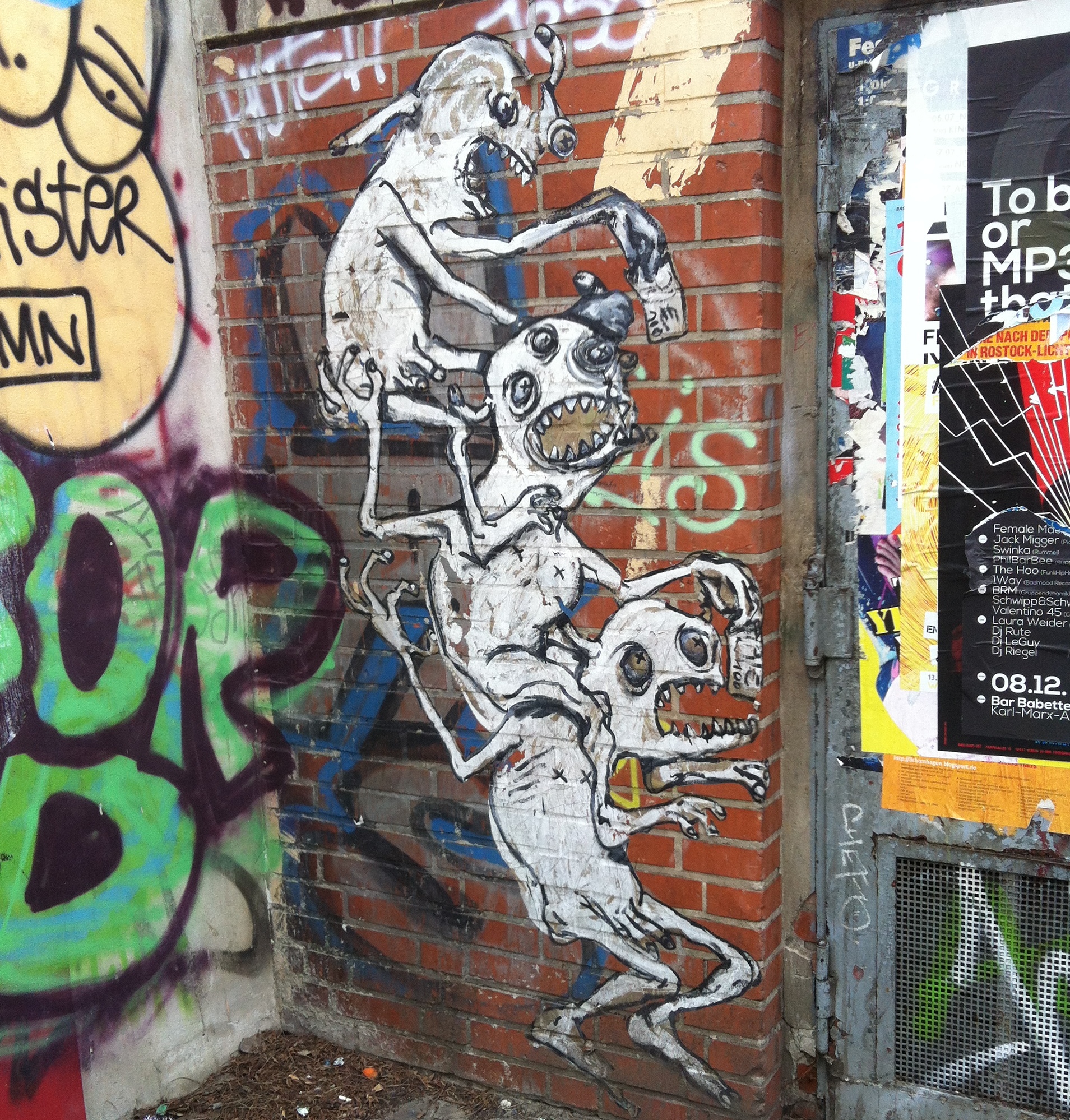 It’s time for the second round of the battle of the ‘bergs. (Or ‘burgs, depending on which city you’re supporting!). Last time, our GM Tony compared the amazing food in Williamsburg and Kreuzberg. Now, he’s talking street art.

Nothing defines an up and coming trendy neighbourhood quite like street art. And I don’t mean graffiti, because let’s face it, just leaving your tag somewhere is a pointless exercise. I mean the kind of street art that makes your jaw drop in wonder. To me, it’s incredible than an artist will use their time and often meager funds to leave their mark in the streets in such a beautiful way, with almost nothing in return. On top of that, street art comes with a risk.

One thing I love about street art is its potential to turn a no-go area into the next hottest spot in town, this being the case for both Williamsburg and Kreuzberg. Once upon a time both of these areas were must-avoid districts in their respective cities, but then street art started to appear, artists started to flock in droves, and the neighbourhoods became trendy, and eventually mainstream. Small businesses started to open up, everything got a fresh lick of paint, and the areas became safe to live in, and even desirable or cool.

But between Williamsburg and Kreuzberg, which one is cooler?

New York is the king of street art – the spiritual heartland and the inspiration for other parts of the world to take on the art form. I expected big things and wasn’t disappointed.

One of my favourites was this piece by Nick Kuszyk, otherwise know as RRobots. I also really love this incredible piece under the Williamsburg Bridge by Icy and Sot. Icy and Sot add some colour to Williamsburg

As you can see, Williamsburg has some pretty impressive street art. It could seem like NYC’s street art is pretty hard to beat, but Kreuzberg had a few tricks up its sleeve…

Uh oh. Things are suddenly not looking good for Williamsburg!

Here is how I’d sum up the Berlin street art scene: London has Banksy, Sao Paolo has Os Gêmeos, Paris has JR, and Berlin has them all! In particular, the region around Schlesisches Tor has turned into a unique street art gallery. The giant graffiti in Cuvrystraße, made by the Italian artist Blu, is now world-famous, and there’s way more to discover! Take time and wander through the Kiez with its many colourful murals, hidden cut-outs, and hundreds of anonymous tags and bombings.

Basically, street art is a big deal in Berlin!

The thing that’s the most impressive about street art in Kreuzberg is the scale and detail of the street art. Here is another piece by Blu called Leviathan, which is my personal favourite. If you keep in mind how big this building is, this piece is seriously impressive.

However, it’s not all just about Blu. There are pieces great and small all over Kreuzberg – the whole neighbourhood is like a giant mosaic of street art, and there’s probably more art dotted about than there is exposed wall. Other pieces of street art not to be missed are Yellow Man by Os Gêmeos, Astronaut by Victor Ash, The Lads by London Police. The verdict after the second round:

P.S. A hot tip for checking out street art around the world is if you can find out the name of the artist and track down their Instagram feed!

Next challenge in the battle of NYC vs. Berlin – Beer!