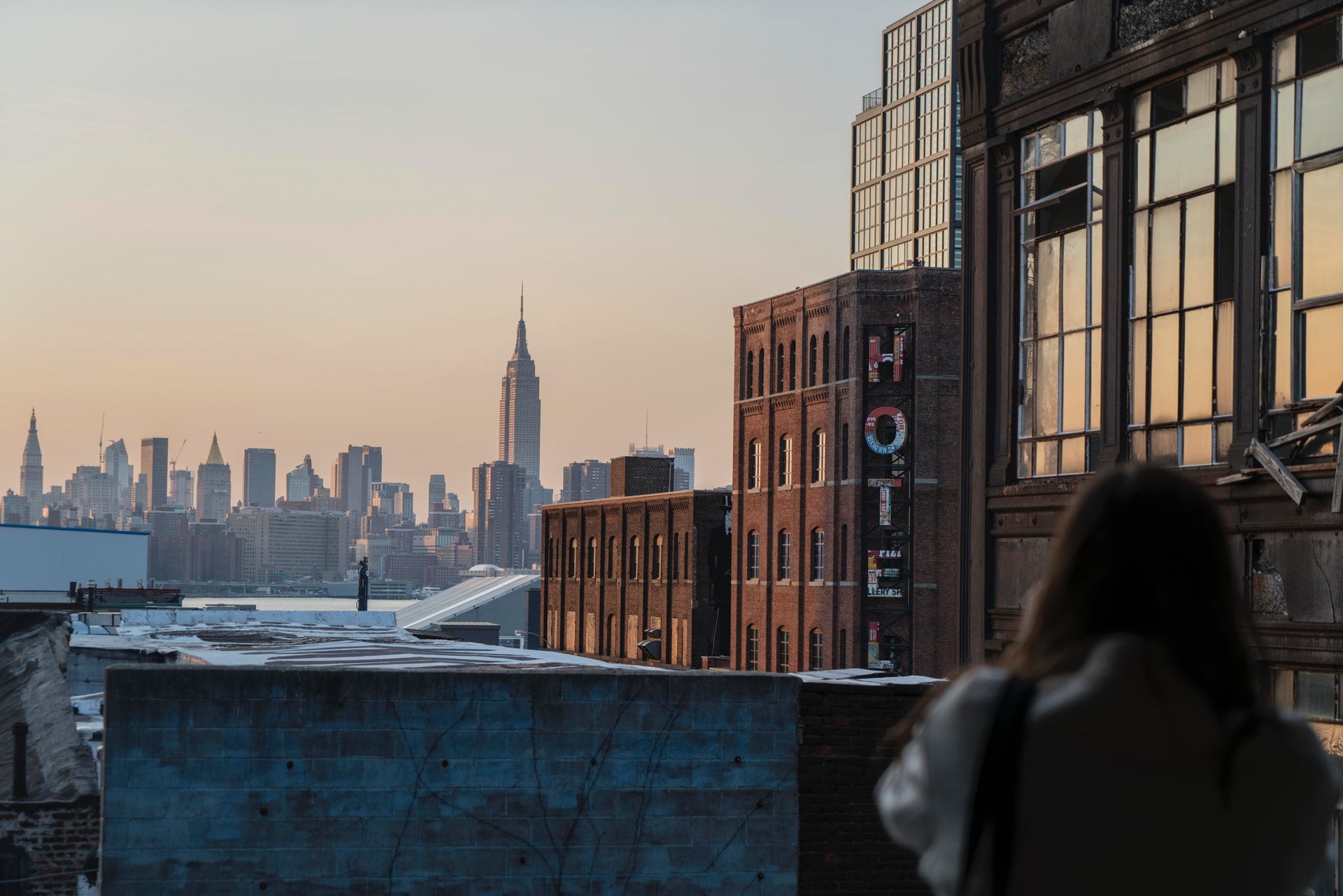 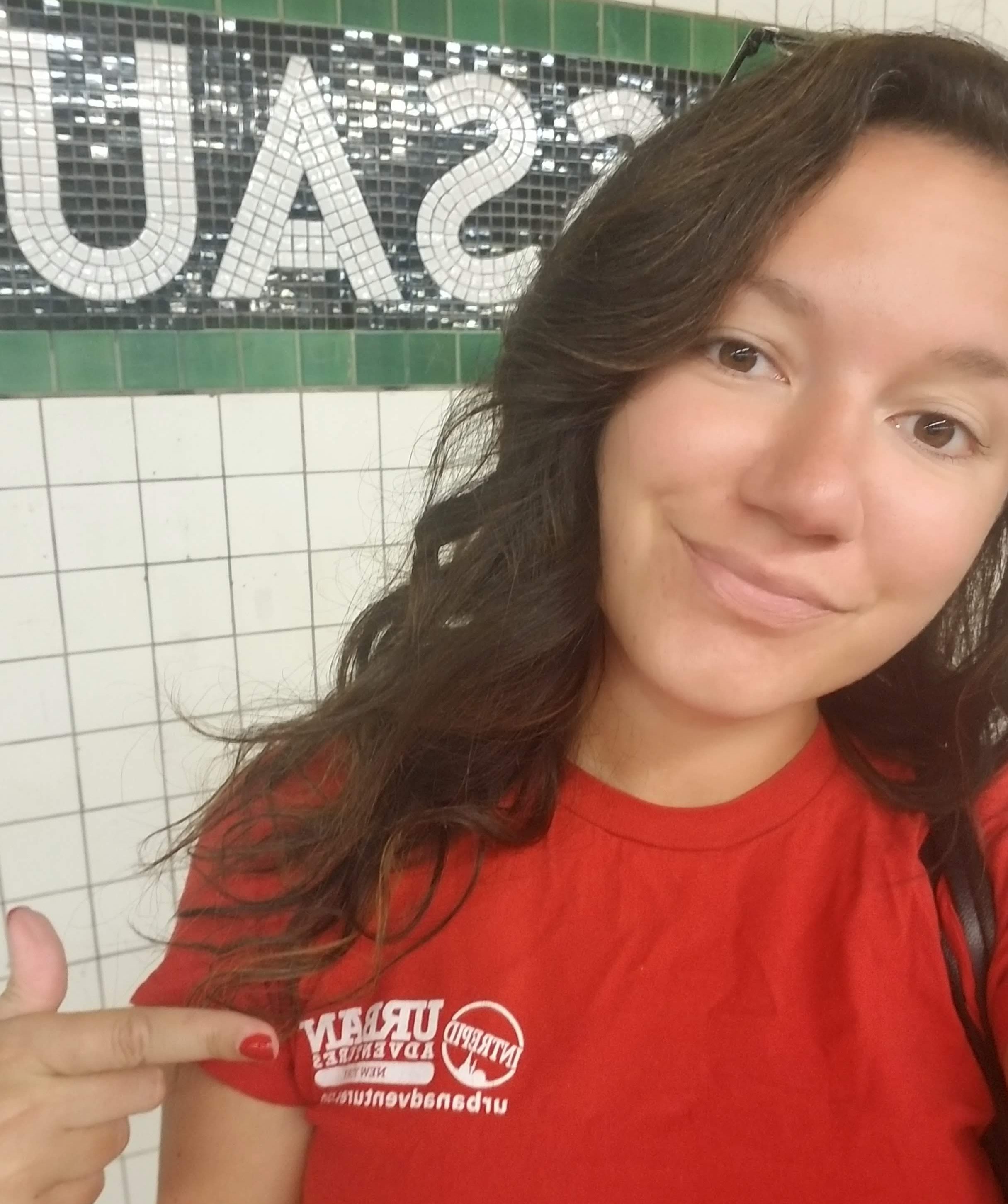 Chances are, if you’ve heard of any neighborhood in New York City’s outer boroughs, it’s Williamsburg, Brooklyn. The “hipster” hotspot is largely considered one of the trendiest places in the city, and a report by the NYU Furman Center determined it to be the Big Apple’s most gentrified community. Meaning, it has only become this way in recent years, and because it changed. It changed a lot.

As recently as the 1990s, Williamsburg was extremely industrial, and quite the rough place to work and live. A relative of mine loves to tell the story of how someone he knew “accidentally” burned down and then sold property they owned in Williamsburg in the ‘90s, because the building’s insurance and land was worth far more than the building itself. If only he knew what was to come: Williamsburg blossomed into Brooklyn’s golden child soon after, boasting an incomparable repertoire of great dining, shopping, nightlife, and contemporary art.

But gentrification is a catch-22; all positive change has negative side effects. Between the years 1990 and 2014, Williamsburg saw a 78.7% increase in the average price of rent, compared to the already significant 22.1% increase citywide. This meant many long-time residents and mom-and-pop businesses were driven out and priced out… some of them virtually overnight. And it’s still ongoing; in the past couple of years alone, I’ve had to say “goodbye” to some of my favorite local institutions (like Mugs Ale House, one of the first bars in Williamsburg to serve craft beer in the ‘80s, and a previous stop on one of our NYC beer tours) and welcome in slightly less authentic businesses, such as Apple, Whole Foods, and Sephora.

Though some locals now joke that Williamsburg is becoming a “mini Manhattan” (an insult, believe it or not, in the outer boroughs), I’m still firmly in the camp that it’s a fantastic place to visit and live. I’m biased, of course — I’ve lived in North Brooklyn (a part of the borough typically comprising of Williamsburg and neighboring hoods Greenpoint and Bushwick) for the tenure of my time in New York City — but I wouldn’t go anywhere else. It’s my home and it’s damn fun.

What to do during the day

1. Walk along Bedford Avenue, which serves as Williamsburg’s “Main Street.” You’ll find lots of cute boutiques, bars, and restaurants to pop in to, and many sidewalk vendors set up shop on the weekends.

2. Learn the history of Williamsburg’s craft beer brewing industry from the 19th century on, and drink lots of tasty local brews on our Brewed in Brooklyn Tour. (Psst… I’m one of the local guides!)

3. Eat all of the street food at Smorgasburg, America’s largest weekly open-air market. It runs every Saturday at East River State Park from April through October.

4. Sit back and relax at Domino Park, one of NYC’s newest public parks. Located at the landmarked site of the former Domino Sugar Refinery along the East River, it spans a quarter mile and offers incredible views of the skyline.

What to do during the evening

1. See some live music. Williamsburg has lots of great music venues; grab tickets to your favorite band at the well-known Music Hall of Williamsburg or Knitting Factory, or hit up one of many cool bars regularly hosting live performances, like Pete’s Candy Store and Baby’s All Right.

2. Go on a dive bar crawl. The few that remain are icons and worth a visit, especially if you’re trying to drink (and eat!) on the cheap. The Charleston, The Levee, and Turkey’s Nest are some personal faves.

3. Go bowling, to the movies, or sing karaoke. All the activities that are popular among suburban American teens are also the rage in Billyburg… the only difference is that we often pair them with alcohol. Roll a strike at Brooklyn Bowl or The Gutter; catch an indie flick at Nitehawk Cinema or Williamsburg Cinemas; and belt out a tune at Beats Karaoke or Alligator Lounge.

1. Pizza, of course! Two of my favorite neighborhood slices are at Vinnie’s (order one of the daily pun-tastic specials or the epic pizza-on-pizza) and Best Pizza (home to the best white slice in the city). If you’re looking for a sit-down spot, Shelter Pizza boasts great cocktails and a wicked cool hunting lodge vibe. It’s the coziest place in Brooklyn on a blustery winter evening.

2. Polish food. Close neighbor to the north Greenpoint is considered the unofficial “Little Poland” of NYC, and a large percentage of North Williamsburg’s population are Polish immigrants, as well. Stop by Northside Bakery for fresh-from-the-oven bread and pastries, and Dziupla for excellent pierogi and goulash.

3. Brunch! New Yorkers are addicted, and Williamsburg has virtually unlimited options. Cafe Mogador seems to be featured in every article on the topic (and even a few TV shows), but I find it a bit overrated. My suggestions are to stop by Egg for a classic Southern American breakfast that can’t be beat, or House of Small Wonder, if you’re focused on getting a good meal with a side of homey Instagram aesthetic.

4. Ice cream. I have no idea why, but it feels like Williamsburg has a greater variety of ice cream shops than perhaps anywhere in the world. From the inventive homemade scoops at OddFellows, to the decadent vegan cones at Van Leeuwen, to the liquid nitrogen-infused cups at -321º Ice Cream Shop, to viral stretchy “ice cream” at Republic of Booza… I’m just getting started. Hire me to take you on a private ice cream tour of Williamsburg if you want the best brain freeze of your life.

1. Beer, my dear! Our Brewed in Brooklyn Tour is a must for learning about and trying pours from local craft breweries around the borough. Other great suggestions: have a drink at Spuyten Duyvil, who specializes in rare Belgians and has a cool backyard, or the recently reopened, pour-your-own Randolph Beer. Brooklyn Brewery is also located in North Williamsburg and is very visitor-friendly.

2. Coffee. You will find both a Starbucks and Dunkin’ Donuts within steps of the subway exit, but please don’t go there! Just a few steps further will land you at Cafe Beit, a 100% barista-owned spot that has a cozy backyard and tasty overnight oats. Devoción is probably the neighborhood’s most iconic spot, though is often very crowded. Picky Aussies (and everyone else) will flip for the flat whites at Sweatshop.

3. Wine & Spirits. Brooklyn Winery is an absolutely gorgeous venue with a great selection. The Noble Experiment in East Williamsburg is a female-owned rum distillery and its product, Owney’s, is the first rum I was actually able to sip (rather than shoot) and ENJOY!

4. Tap water! NYC tap water is safe to drink, and is delicious! Please bring a reusable water bottle with you on your city explorations.

How to get there

The NYC Ferry is also a fantastic option. It also costs just $2.75 per ride (sadly, you cannot use your subway MetroCard for the fare, but buying a ticket from the ticket machines at the landings or from the NYC Ferry app is very simple). The ferry ride is very quick and extremely pleasant, and there’s a snack bar (slash bar bar) on board. Take the East River route to the North Williamsburg stop.

Spending at least one full day and night is recommended, if possible, to get the true taste of Williamsburg! Airbnb has spotty legality in New York City, so good options in the area can be limited. Luckily, a ton of great hotels have popped up in recent years! Wythe Avenue in North Williamsburg has become the neighborhood’s “hotel zone” of sorts, with several different properties boasting skyline views, rooftop bars and pools, and excellent dining.

1. The swankiest option is The William Vale; the accommodations are posh, and the rooftop bar, Westlight, is considered among locals to have the best views in all of New York City. Tip: It’s open to the public with no cover charge, so regardless if you’re staying there, feel free to pop up for a drink, or just to see the view, take photos, and come back down. The property is also home to Mr. Dips, who we’ve nominated as one of the best street food stops in the borough.

2. Across the street is The Williamsburg Hotel, where a chic tuk-tuk and bicycles are on hand to help you explore. The lobby restaurant, Seven Seeds, has excellent Mediterranan food (I often dine there and grab drinks at the lobby bar with friends). Tip: The rooftop pool (which is outdoors, so only open during the summer) implies that it requires a $100 USD spending minimum on food and drinks, but that’s actually only if you reserve a chair. Only #localsknow that it’s technically free to go up and in to the pool during the day.

3. Next door is the Wythe Hotel, which has been in the neighborhood the longest and is easily the local favorite. The cool rooftop bar Lemon’s is one of the only establishments in Williamsburg to enforce a gratuity-free policy; tips for your server or bartender are already accounted for in the menu pricing, and employees are thus paid a fair wage. Tip: It’s a great place to watch the sunset, but there’s usually a line to get in, so get there early or make a reservation.

4. Williamsburg’s most budget-friendly hotel option is the Pod Hotel Brooklyn, located a short walk away. The rooms are basic but modern, and the on-site dining and rooftop beer garden Clinton Hall is a spot that locals flock to when it’s warm. Courtyard games, a good rotation of local beer, and a very delicious (and dangerous) frosé — what more could you need?

Lead image of the Wythe Hotel in front of the New York City skyline, via Unsplash

What lockdown has been like in Philadelphia
Philadelphia Wellness Guide: Healthy Eating, Exercise Options and More
Ultimate Guide to Being Vegan in Philadelphia
Lonely Planet Best in Travel 2020: What not to miss according to locals
The 10 Most Romantic Tours in North America