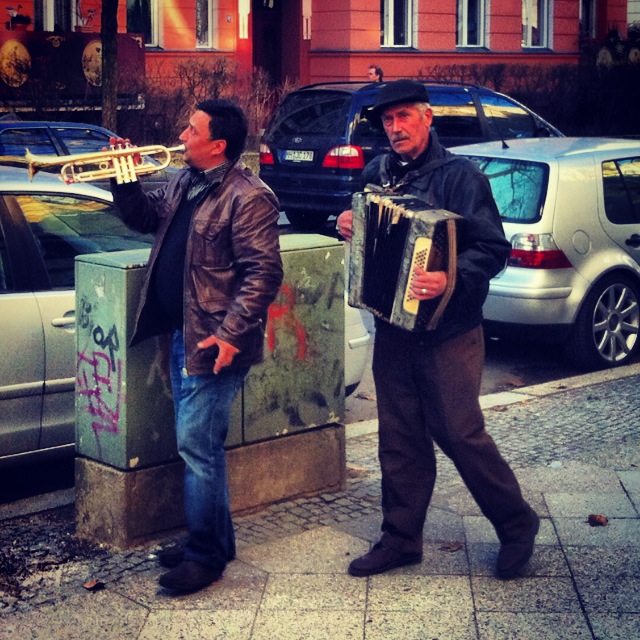 Well, we’ve reached the climax in our Battle of the ‘Bergs –  so far our GM Tony has reviewed food, street art, and beer with Kreuzberg taking an early lead – will this be the tie-maker or tie-breaker?

In the ultimate hipster neighbourhood showdown (ahem, apologies to Fitzroy) between Williamsburg in Brooklyn and Kreuzberg in Berlin, the final category in the battle is…people-watching! Here’s how they fared.

Kreuzberg is a total trip. Today it is an immigrant neighbourhood, so there are lots of Turkish people, restaurants, and stores that give the area a homely and welcoming feel. Conversely, it is also the home of the punk scene thanks to the infamous SO36 club so throw in a bit of colourful Mohawk action, some hipsters on bikes and the odd gathering of “youth” on street corners or up in Görlitzer Park that give the area a bit of edge. Add to that the odd hippy and an assortment of backpacker style travellers as well as plenty of randoms sitting in the street with their dogs and you have an incredible melting pot that you could just sit and watch all day, making up imaginary biographies of their lives.

You can do a lot worse than spending half a day meandering down Oranienstraße and checking out places like Core Tex records for that hyper-local souvenir you can wear back at home like the Kreuzberg parody of the famous Ramones T-Shirt, having some borek for breakfast, a decent coffee and maybe a currywurst for lunch. You’ll see plenty of locals of all descriptions doing exactly the same.

The day I visited Williamsburg was a Sunday. Actually it was the first Sunday where spring had finally sprung after a particularly bitter winter. People were obviously itching to get out and do something and there were throngs of people in around Bedford Ave with snaking cues coming out of alfresco brunch joints. Thing is – they were all pretty much the same people. They were certainly stylish and fashionable and not in department store style way. Everyone was rocking something that was their own signature but pretty much everyone was 20 – 40 and middle class. It certainly felt like gentrification had well and truly swept its way through the neighbourhood.

It was clear I’d made the fatal error of thinking just aimless wandering would lead me to the epicentre of where the best action was at. I really should have gone with someone who knows for sure to take the risk out of it. I enjoyed my day – but I think I probably could have enjoyed it more.

The previous day I’d wandered from DUMBO around the back of the Naval Yard and up to Fort Greene and Clinton Hill. It certainly felt a bit more real and raw around there. Slow riding homies in lowered Chevs pounding out some Notorious B.I.G. and the throngs coming and going to the Jewish temples made for some really interesting voyeurism. That’s not strictly Williamsburg however so Kreuzberg takes the points.

The final score is Kreuzberg 3 and Williamsburg 1 but don’t take my word for it. If you are in NYC or Berlin, do yourself a favour and go make your own decision.

Kreuzberg wins with a 3-1 sweep over Williamsburg! What do you think? Did Tony get it right or did he miss a hidden gem? Locals, travellers, hipsters – we wanna know!