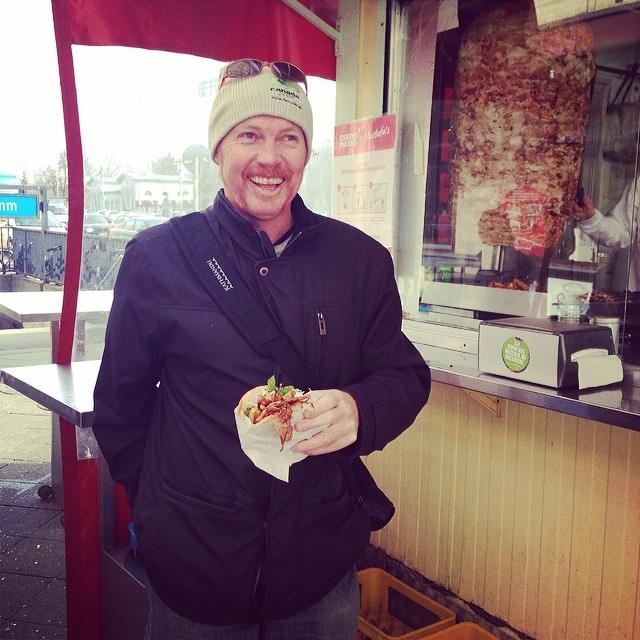 Our GM Tony recently spent time in Brooklyn and Berlin, and is pitting two of its coolest neighbourhoods against each other. In the first part of the Williamsburg v. Kreuzberg shakedown, it’s all about the food.

I was recently out visiting our amazing local experts around the globe and happily found myself in two of the coolest urban neighbourhoods on the planet: Williamsburg in Brooklyn, New York and Kreuzberg in Berlin. Both days unfolded pretty much as expected, wandering around in the ever-thickening forests of facial hair and dodging quick-moving bikes. Sucking in the aromas of wafting ethnic cuisine in search of a place to people-watch in the company of a hoppy craft brew was pretty much the mission.

On my return a friend asked the inevitable travel question – which one was better. Whoa! Seriously, you want a winner? I sat down with a few Magic Hat Pale Ales I’d smuggled back into the country and thought I’d see if I could find a winner in a head to head comparison. Here’s how it played out:

I got myself organised one morning and was the first customer of the day at Mustafa’s Gemüse Kebap on Mehringdamm in Kreuzberg.

I got up later than I’d hoped, missed breakfast and checked the web to see that Mustafa rolled up the shutter at 10am. Bonus for me because by 10.15am the line is already growing and stays pretty lengthy until the roller goes down again at 2am. Indeed the definition of tipping point in Kreuzberg is when the line from Mustafa’s meets the line going in the opposite direction from Curry 36.

This tiny caravan really only serves one thing: a chicken döner with fried root vegetables topped with feta cheese on delicious Turkish bread for less than 4 Euros. YES.

A note to Mustafa: Australia is warm. Please emigrate. We have Fitzroy, you’ll fit right in. Me, very happy, with my kebap. Doesn’t get much better than this, folks!

Firstly: apologies to Bad Burger. I was already pretty hungry when I was on the Williamsburg Bridge coming across from the Lower East Side. I was going to come see you, Bad Burger, but I just didn’t make it. From the bridge I spotted a colourful little corner place that had some very cool tunes coming out of it, which drew me in like a siren song.

That place was Miss Favela. I think I got there kind of early, as there were only a few people in there but they were obviously getting prepped for a big day. I think Miss Favela is more a bar where you go and Samba your Sunday away and grab something to eat if you like. I had the brunch special of Fritada com Carne Seca. It absolutely hit the spot as an alternative to a normal egg breakfast and filled me up for $14. It was also after midday so I got to have beer with breakfast. Unfortunately it still wasn’t quite enough to get over the top of Mustafa in Kreuzberg.

So after the first round, the score sits at: