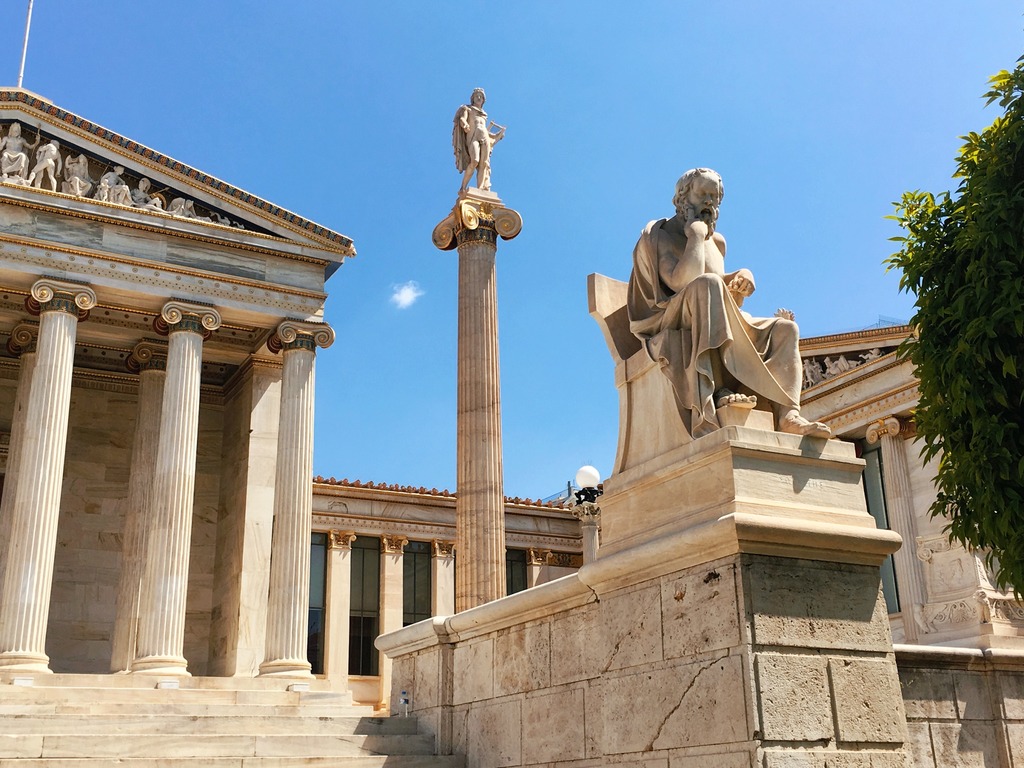 Europe’s oldest city has endless things to do and neighbourhoods to explore that aren’t easily covered in a day or two — but with a little planning you can still see some of the best sights in Athens even in 24 hours. For an easy way to see the city, catch up with one of our local guides, who can lead you around on one of our Athens day tours. But if you also want a day to yourself, here’s your guide to the perfect day in Athens.

Start your day with a coffee at Kotzia Square. Meet the locals in the market, walk around and see the shops and traditional workshops, then stop and sip a greek coffee in one of the many small traditional cafés. Fuelled up with caffeine, then continue walking to Monastiraki Square, which offers an amazing view of the Parthenon atop of the sacred hill, as well as the mosque and the ruins of Hadrian’s Library. Walk beside the ruins of the Ancient Agora market, where in ancient times the Athenians gathered to discuss issues and bring democracy to the community.

Of course, you can’t come to Athens and not see the most famed site of all, so set aside some time in the morning to visit the Acropolis. Or, if you don’t feel like walking up that hill, head to Monastiraki metro station, where the ancient river Heridanos was unearthed during the excavation for the stations’ construction. Along the way, shop and bargain for souvenirs around the narrow streets of Monastiraki and Thission, then let your footsteps lead you to the neighbourhood of Plaka. Get lost in Plaka’s winding streets, and as you explore, be sure to find your way to the Melina Mercouri Café (22 Lyceou Street), dedicated to the great Athenian actress and politician.

The Acropolis: a must | Photo by Athens Urban Adventures

Pop into the metro near the new Acropolis Museum, as the station is a museum in itself with displays of artifacts found during excavations. In fact, the metro in Athens can boast of being the only “metro-museum” in the world — at six of the stations, you can see exhibits of ancient artifacts that were discovered while constructing the metro. It’s a unique project that gives locals and visitors the opportunity to get a glimpse of the past while commuting. From there, wander over to the ancient cemetery of Keramikos, an archaeological site less known but well worth visiting.

Grab a lunch of mezedes (Greek snacks) along with ouzo or raki in Gazi, near the old industrial Gas museum that has been reconstructed for exhibitions and events. If you want to taste authentic local dishes at a good price, then visit Gazohori, which resembles a small Greek village square and is located nearby.

Alternatively, in summer months, heading to the beaches surrounding Athens is a must. The beaches are beautiful and the water is amazingly blue and clean. You can reach the beach region by taking the tram departing from Syntagma Square to Asklipio Voulas. For lunch on the waterfront, book a table at Dourabeis, Akti Dilaveri 29, in Mikrolimano, the second largest yacht marina in Attica. This restaurant has been serving fresh seafood since 1932.

Walk off your lunch with a hike up Lycabettus hill to see the city from above. Lykavittos is the tallest hill in Athens and you can actually see it from all around the city. Perched atop of the hill is the chapel of Saint George. Standing beside it, you’ll have the best view of Athens — a view well worth the climb. But if hiking isn’t your cup of tea, then take the cable car that departs every half hour from the corner of Aristippou and Ploutarchou.

After that, grab a glass of ouzo in the old café Dexameni, a famous open air café where artists and poets spend their time, or at any other coffee spot around the chic neighbourhood of Kolonaki.

Or, if there’s one happening, check out a local church celebration, known as a panigiria. In Greece, most churches are dedicated to a specific saint and, on the eve of the saint’s day, each parish organises a fest to celebrate. It’s a great opportunity for locals and visitors to mingle and have fun, as these celebrations attract street vendors, local craftsmen, musicians, and more. Don’t miss the multicoloured bazaars that pop up surrounding the churches and the opportunity to sample Greek street food.

Greeks love the outdoors and, especially in the summer, there are people walking around all hours of the day. They also enjoy long dinners and partying and having fun, so, apart from our suggestions, there are a million more for every taste and budget.

In the summer months, open-air cinema is the thing to do in Athens. There are nearly 100 screens for locals and visitors to under the summer stars.

But before you do, grab some true Greek food for dinner; because Greek cuisine is one of the healthiest cuisines in the world, you’ll have a dinner that’s tasty and good for you! Be sure to try the classics like moussaka and souvlaki, as well as the many dishes boasting fresh seafood and vegetables.

For pure dinner indulgence, head to the ultra chic Dionysos, which serves up mouthwatering dishes and the best view of the Acropolis lit up at night.

For a more relaxed environment, Loukoumi in Monastiraki will please all your tastebuds. Discover the stairway and head to the rooftop!

If your feet are still up for more exploring and you want to have a drink or two, then head out to one of the many evening spots. Athens is alive 24 hours a day, and you may be surprised by the traffic jams in the early hours of the morning as people return home or just go straight to their jobs after a great night out in the city!

Don’t have time for a full 24 hours in the city? No worries, we’ve got the speedy version for a shorter layover.

Stop at Monastiraki and view the Parthenon, then take a walk around Plaka and along the ruins of the Ancient Market and Roman Market. You’ll need about two hours for a proper tour, but be warned that this short taste of the city will have you clamoring to come back to Athens!

There are plenty of things to do in Athens, we all know that. But do you know what the locals do? Discover the Greek city of wonders with a local guide to gain some fresh perspective on an otherwise well-beaten path. Not merely catered for history buffs, these Athens tours also discover the very best in food and culture in this, one of the most ancient cities on Earth.