Guangzhou, the capital of the province of Guangdong, is China’s third largest city and located just across the border from Hong Kong. Guangzhou may not have the same level of recognition as Shanghai or Beijing, but there’s just as much to see and do here. Only have 24 hours to explore? Here’s a guide for how to maximise your time in Guangzhou and enjoy the best the city has to offer.

If you’re into architecture, you must see the Guangzhou Opera House

Start your day by exploring Shāmiàn Island, one of the most popular tourist areas in the city and a spot that’s best visited in the early morning. This is one place you’re going to want to linger — trust us, it’s that picturesque. There will be no shortage of photo ops as you make your time strolling tree-lined streets that house restored colonial-era buildings. Shāmiàn Island has a quaint, European feel to it and the main boulevard is awash with pretty gardens, old houses, galleries, and cute cafés. Make a stop at the park in the centre of the island where you can relax on one of the benches and watch locals practicing tai chi. To get to the island, take subway line 3 to Huangsha Station. Shāmiàn Island is a short walk across the pedestrian bridge.

After a couple of hours on Shāmiàn Island, make your way to Shangxiajiu Walking Street in the Liwan District of the city to do some shopping, sightseeing, and people watching. Both sides of the street are lined with shops of all kinds so if you’re in the mood to treat yourself or do some souvenir-spotting, this is the place to do it. This was the first commercial pedestrian street in Guangzhou, officially opened in 1995. You’ll have your pick of hundreds of shops as well as some malls, cafés, and restaurants, and it’s also worth meandering down alleys and laneways where you might come across more traditional shops, markets, and street snacks. Just note that some of the stores won’t open until 10am so you might want to grab a coffee first, or take your time heading over from Shāmiàn Island. To get here, take Metro Line 1 to Changshou Lu Station.

Guangzhou is considered the home of dim sum so while you’re in the city, you’re going to want to eat some. Fill your belly at Panxi Restaurant, one of the most famous traditional Cantonese eateries in Guangzhou. Established in 1947, Panxi is set in a sprawling garden on the edge of Liwan Lake, making it a relaxing place for lunch. This spot is very well known for its excellent dim sum so if you can, make a reservation — or make sure you have a book to read while you’re in line. 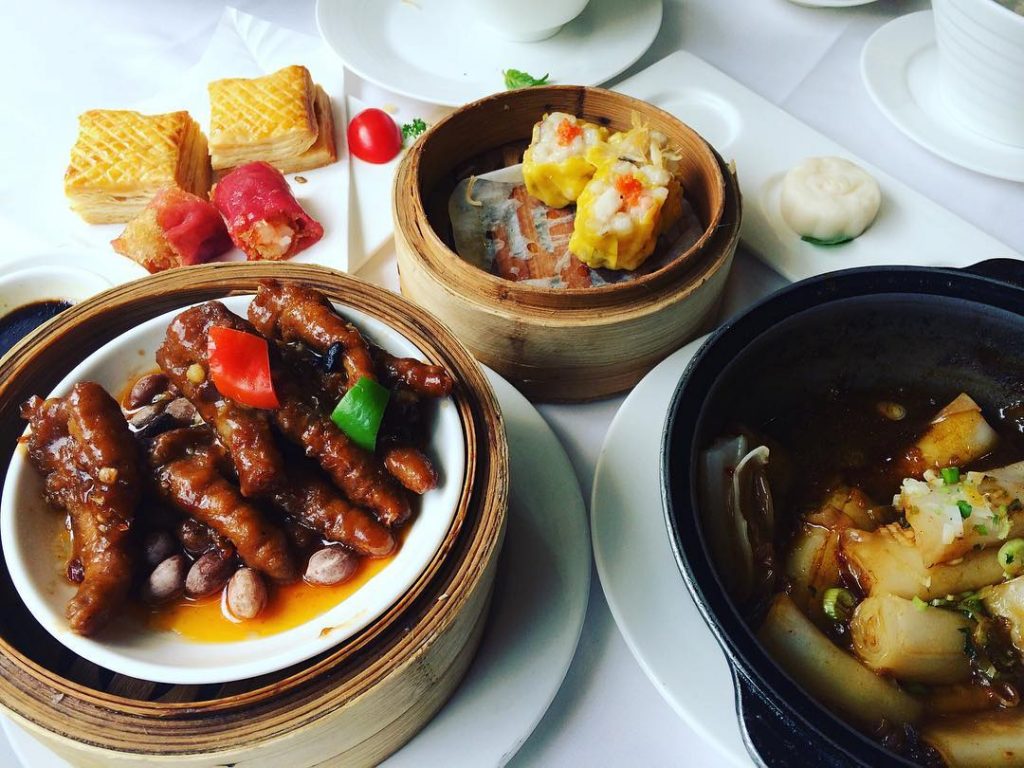 Welcome to the land of dim sum

After lunch, it’s a 10-minute taxi ride or 25-minute walk to the Chen Clan Ancestral Hall. The historical site was built in 1894 for the Qing Dynasty by the powerful Chen Clans and now houses the impressive Guangdong Folk Art Museum. The complex is huge and consists of 19 ornately decorated buildings connected by courtyards, so there’s lots to see before you even get into the museum. Chen Clan Ancestral Hall is known as one of the best preserved and most beautiful ancestral buildings in South China. Take your time walking around and taking in the intricate carvings and sculpture. Once inside the museum, you’ll find impressive examples of pottery, coloured porcelain, jade carving, wood carving, embroidery, and other traditional handicrafts.

You can spend the rest of the afternoon exploring nearby Liuhua Lake Park before getting in a taxi for the 20-minute ride to Tianzi Wharf.

You can’t be in Guangzhou and not experience Pearl River, especially at night. Tianzi Wharf is where to be if you want to hop on a Pearl River cruise to enjoy the night view of Guangzhou when the whole city lights up as the sun goes down. Ticket booths line the wharf so you can easily get a ticket without having to buy in advance. Depending on which cruise line you choose, the ride could be anywhere from 60 to 90 minutes and some cruises offer drinks and snacks.

The wharf is located on Yanjiang Road, known for its many bars and restaurants. So once you’re back, there are lots of places to dig into some fresh seafood and, afterwards, take a walk along the water and grab a drink or two at one of the bars that looks most inviting. 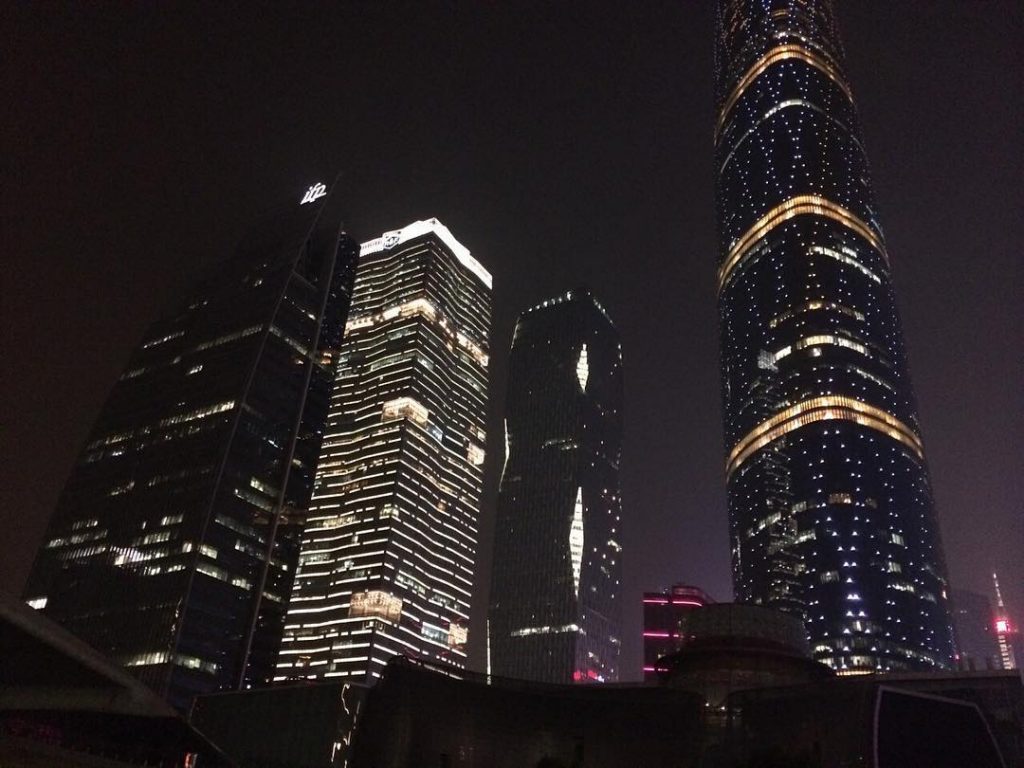 The city centre by night is pretty spectacular

For travellers on a short visit, we’d recommend having a layover that will allow you to spend two hours in the city centre, and another hour for travelling to and from the airport. Allow about five hours total so you can see the sites without feeling too rushed and still have plenty of time to get back to the airport.

The best way to get from the airport to the sites is by taking the subway. Airport South Station on Line 3 of the Guangzhou Metro is located directly below the terminal building. Trains run to and from the airport between 6am and 11pm.

If you want to see Guangzhou in two hours in the morning or afternoon, head to Huacheng Square, located by the Pearl River. This area is surrounded by some of Guangzhou’s most impressive buildings, including Guangdong Museum, Guangzhou Opera House, and Guangzhou Library. Within the square are gardens, a large fountain, and a man-made lake that make it a nice spot to wander. If you’re hungry during your stopover, you’re in luck. There are many restaurants to choose from, many of which offer traditional Cantonese dim sum, a must if you’re in Guangzhou.