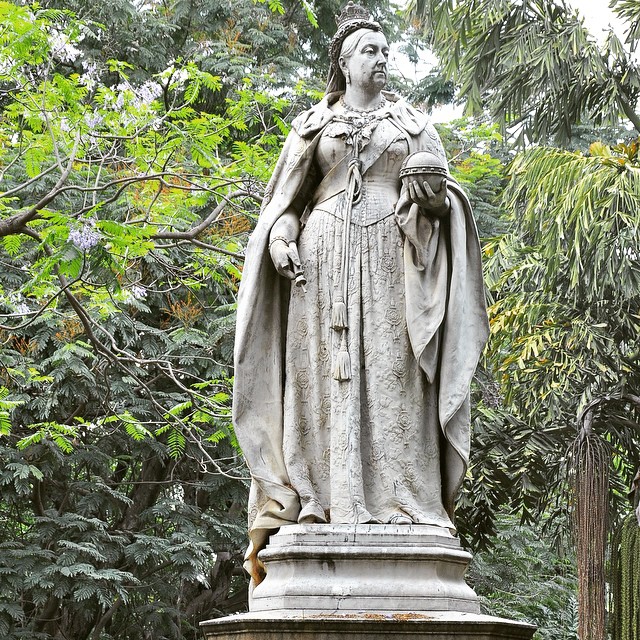 Also referred to as Bengaluru, Bangalore is a cosmopolitan city in India’s deep south. It’s the country’s third largest city, as well as one of its most dynamic. Filled with parks, temples, gardens, busy markets, and historic monuments, Bangalore is also known for its lively nightlife, a burgeoning craft beer scene, and some of the best food in the region. It’s true that just 24 hours in Bangalore isn’t a long time, but it will give you a taste of what the city has to offer. We’ve put together an itinerary that lets you sample some of the best features even during a short stay.

Begin your day with some fresh air and a dose of nature with a stroll through Cubbon Park. This park is what gave Bangalore its nickname, “The Garden City.” The 300-acre green space, home to about 6,000 trees, is well-located in the centre of the city, and close to several other Bangalore attractions. Rolling hills, manicured gardens, and all those aforementioned trees can be easily navigated via walking paths. Other points of interest in the park are the Queen Victoria statue installed in one corner of the park near the Mahatma Gandhi circle, the King Edward VII statue at the northwestern part of the park, and the statue of Major General Sir. Mark Cubbon near the terrace garden.

From the park, it’s an easy walk to St. Mark’s Cathedral. Built in 1812, the cathedral is one of the most popular attractions in Bangalore thanks to its colonial-style architecture, impressive dome, and intricate carvings and woodwork inside. Once you’ve been through the cathedral, take a walk around the Mahatma Gandhi Road (M.G. Road) area, where you’ll find one of the busiest parts of Bangalore. Shops, markets selling handicrafts, restaurants, and bars abound so you won’t lack for things to see and do.

If you’d rather be indoors or you just want a little more structure to your mid-morning sightseeing, you can visit Rangoli Metro Art Center, just a short hop along M.G. Road. Here you’ll find a unique public art and event space housing three galleries with rotating exhibitions, a children’s play, and relaxing outdoor area. There are regular events happening here as well, so you never know what you might come across.

All of that exploring likely worked up an appetite! Good thing that Bangalore is well-known for its culinary scene, so there are lots of options when it comes to where to take a lunch break. But our top recommendation is a short walk along M.G. Road to reach Tandoor Restaurant. This spot is popular among locals and serves up authentic north Indian food.

After lunch, make your way back towards Cubbon Park via auto-rickshaw or taxi to reach the Government Museum and Venkatappa Art Gallery. The museum is one of the oldest in India and allows you to learn the history of not just Bangalore, but the whole of India. The two floors of the museum are divided into 18 galleries that cover sculpture, natural history, geology, art, music, and coins and other currency. You’ll want to take your time exploring the many artifacts, some of which date back some 5,000 years.

Right next door to the Government Museum you’ll find Venkatappa Art Gallery, named for the painter K. Venkatappa. The gallery is spread over two floors and houses more than 600 paintings, including works by K. Venkatappa. In addition to paintings, you’ll also find stone sculptures and some personal effects of the gallery’s namesake.

Start your evening in Bangalore at UB City Mall, a short auto-rickshaw ride from the museum. Before you question why we’re suggesting a mall as an evening stop on your itinerary, it’s not just a shopping spot (although there are many options for lightening your wallet here). The mall is also home to many restaurants, making it a good spot to grab dinner. There are plenty of options, but Rasovera offers a good selection of vegetarian Indian food popular among hungry locals.

Belly full and wallet lighter, it’s a short walk to The Biere Club, the first craft brewery in Bangalore. They’re pouring flavourful beer from six taps that include a stout, a wheat beer, an ale, a lager, and two seasonal brews. The atmosphere is lively and makes for a fun way to cap off the night in Bangalore.

For travellers on a short visit, we’d recommend having a layover that will allow you to spend at least two hours in the city centre, and another hour for travelling to and from the airport.

The best way to get from the airport to the sites is by taking a prepaid taxi from the airport. Give yourself four hours total to make sure you have enough time to do some exploring and get back in time for your flight.

If you want to see Bangalore in two hours in the morning or afternoon, visit the Government Museum, which will give you a good overview of the history of Bangalore as well as the rest of India. The museum is close to leafy Cubbon Park, which is also worth exploring on a short layover.

If you’re in Bangalore for an evening or nighttime layover, experience some of Bangalore’s burgeoning craft beer scene with a stop in one of the city’s craft breweries that have been popping up in recent years.  Windmills Craftwork is a good option, as are Arbor Brewing Company and the aforementioned Biere Club.