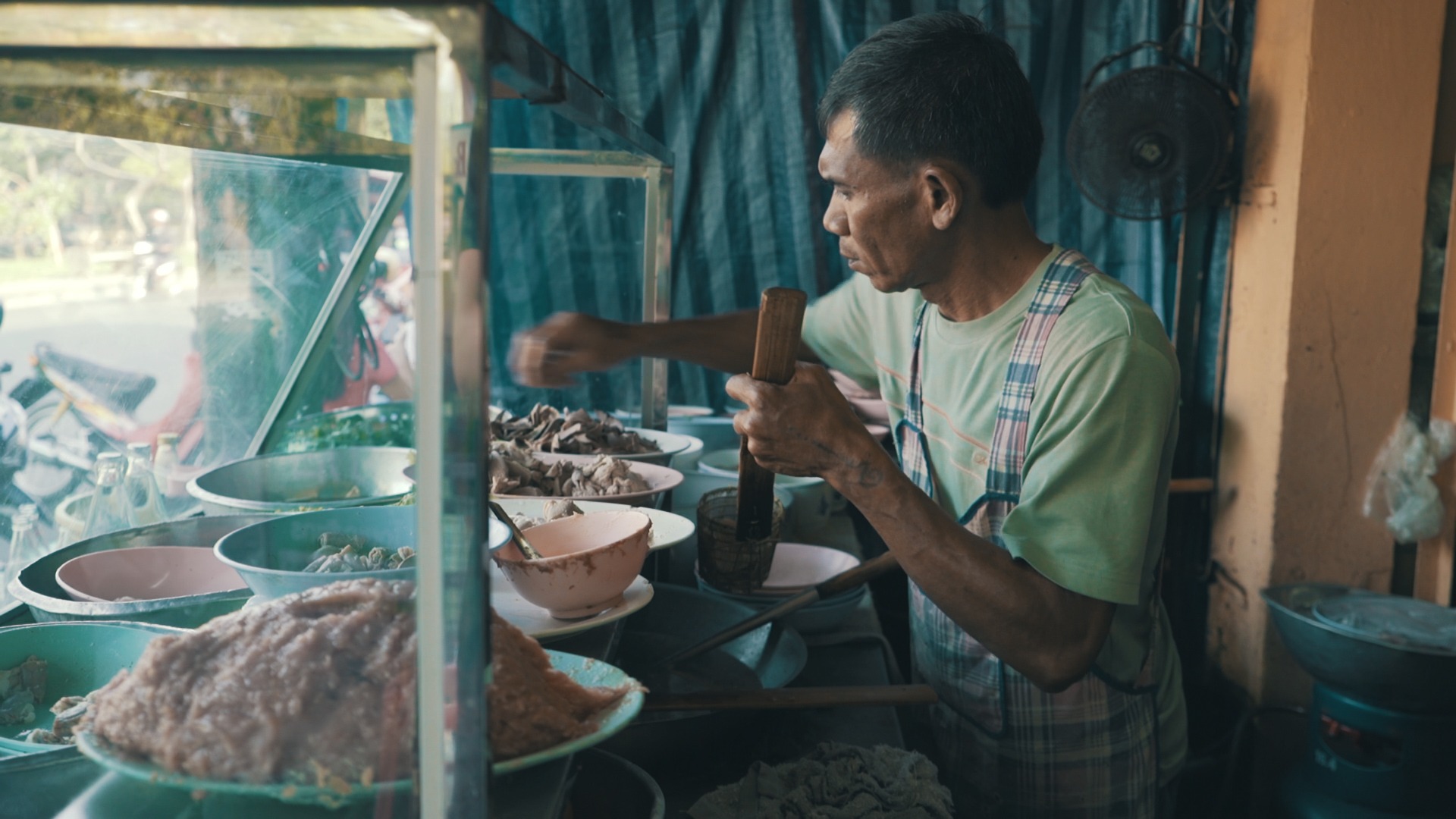 At 4am, Nek opens the doors to his family-run breakfast shop, Joke Suan Dok Gate. By 6am, the place is packed with locals, who are all ordering up one of three dishes: joke (Thai-style congee), khao tom moo (rice and pork soup), or the most popular dish, tom luad moo, or pig blood soup. By about 11am, he’s usually sold out and closed up for the day.

#localsknow where to find the best soup in Chiang Mai

Nek’s shop has been here for some 20 years, always with him and his family running the show. The menu isn’t extensive, but the thing they do serve are the same things that locals line up for day after day (and night after night — he’s popular with the post-bar crowd as well). His joke is a rich, hearty breakfast of congee (rice porridge) mixed with pork and a poached egg, and topped with ginger, coriander, and green onion. It’s also utterly delicious. His rice soup is lighter in flavour but still filling as a massive bowl of pork and rice in a clear broth and garnished with garlic, coriander, and spring onion.

But it’s his tom luad moo, or pig blood soup, that you should order if you want to truly eat like a local. The soy sauce-based broth is loaded with a bit of a greens and a lot of offal: pig kidney, liver, intestine, and blood jelly. It’s an acquired taste for sure, but more so for the chewy texture of the organs than their flavour, which is actually surprisingly quite mild. Nek serves it with white rice and a tangy, slightly sour chili sauce on the side.

“This is what you eat for breakfast or very late at night, like at 2am,” says Buddy, our Urban Adventures guide and a total Chiang Mai foodie. To many, a bowl of pig parts may not sound the most appetising after a night of drinking, but it’s probably far healthier than the late-night fast food run most Western travellers are used to.

And that’s the very appeal of Nek’s shop. Located near Suan Dok Gate on the west side of Chiang Mai’s old city, it could easily turn into tourist central if he wanted to cater to that crowd. There are certainly enough farang (foreigners) around in this part of town. But Nek keeps doing what he’s been doing for 20 years: feeding traditional Thai breakfasts to hungry locals… and to the few daring travellers who aren’t afraid of a little pig blood.