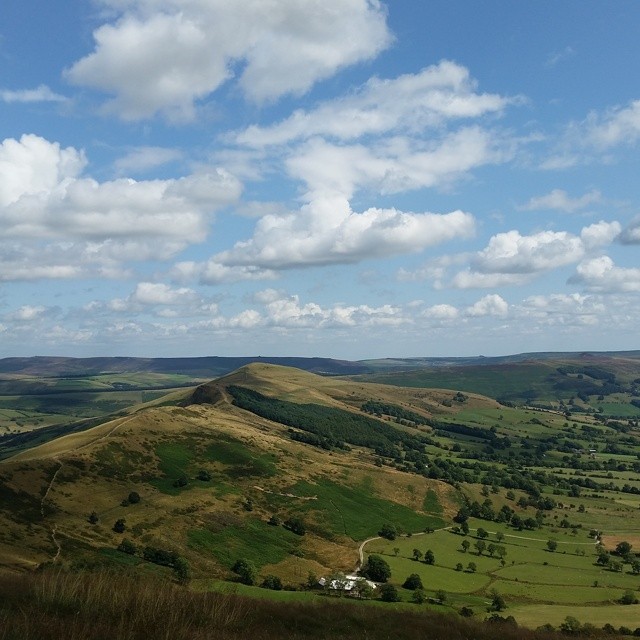 My favourite books are those that create a real sense of place. Perhaps it’s the geographer in me, but the ability of a story to capture my imagination with its narrative as well as its portrait of a place (or places) is what turns me into a one-woman marketing machine for the book.

The books on this pretty little list may not be your conventional ‘travel books.’ I did that on purpose. There’s no Shantaram or On The Road, and not because they’re not good, but because I don’t believe that the ability to inspire wanderlust and create a sense of place can only be achieved by ‘travel literature.’ In many cases, regular ol’ fiction actually does a better job than travel writing does. Perhaps that’s because travel doesn’t always have to be the protagonist; a supporting role is just as meaningful, if not more so, because it provides an enriching context to the narrative, and it’s that subtlety that I respect, admire, and fall prey to.

I promise this doesn’t ruin anything, but The Headmaster’s Wager is the only book I’ve ever enjoyed while disliking the protagonist. In fact, that actually made me like the book even more. Set in Saigon at the beginning of the Vietnam War, The Headmaster’s Wager gives us something we don’t always get: a look at life in post-colonial, pre-war Saigon, from a Chinese perspective. While I know that much of that life has disappeared (and that the book isn’t a particularly happy one), I still want to see it. I want to go to Saigon and see what’s left of that time, and how it’s changed. It’s awfully complicated, I’m aware, as are many places in the world that have undergone significant, conflict-imposed change, but books like this remind you of just that fact.

A co-worker loaned this to me and I was instantly grateful. This book, despite its melancholy, is such a satisfying read. It’s wonderfully paced, allowing the characters to develop and your loyalties to form, and I find myself continually recommending Cutting For Stone to book-lovers. While parts of the book take place in New York, it was really Ethiopia that stood out for me. I confess, I knew little about Ethiopia before reading Cutting For Stone (save for some basic history and that its capital is Addis Ababa and the country used to be called Abyssinia), and I loved learning about Ethiopia as it played host to the story. I was introduced to Ethiopian cuisine and found myself craving injera and a mealtime full of conversation, and I loved it. I don’t like boats and I don’t like drugs, but as I was reading Caught, all I wanted to do was sail through Central America. Minus the drug smuggling, of course. Caught follows a recent prison escapee, a naïve young girl, and a sugar daddy captain as they navigate the Pacific from Vancouver to Colombia, heading for drug lords and, hopefully, riches. It’s difficult to pinpoint what it is about Caught that makes me want to take flight (hint: it’s not the prison escape), but the sense of adventure, open sea, and journey to the unknown is a terrifying, yet exciting prospect. That just might be it.

Sometimes when I travel, I pick up books by local authors so I can bring a piece of the country and its culture home with me. After my second trip to Iceland (my favourite place in the world), I dug into beloved Icelandic author Þórbergur Þórðarson’s The Stones Speak. It was funny and fascinating, deeply cultural, and borderline challenging, and I loved it. It covers Þórðarson’s childhood and youth in an isolated rural part of southeast Iceland, and while it takes place in the late 19th century, it nonetheless rings with an element of familiarity to anyone who has visited rural Iceland. Sometimes I struggled to truly understand what was happening, but that’s to be expected — I’m an outsider to Icelandic culture and life, after all, and I don’t mind the not-so-subtle reminder. In fact, that’s what I loved about the book: it’s just like Iceland — inviting, warm, comforting, somewhat inclusive and yet fundamentally, unabashedly, kindly exclusive. It reflects how I felt as a traveller in Iceland, and made me crave the country and its people. Okay hear me out. Yes, this is my favourite book, and yes, it’s old, but there’s something I find fascinating about Elizabeth’s trip to the Peak District with her aunt and uncle. It romanticises local, domestic travel, and yet it doesn’t, because it was inherently romantic at the time. That was how they travelled — most people couldn’t go further afield than a few hundred kilometres up their country, and in this age of excessive mobility (for Westerners, at least), it seems utterly foreign that they travelled in such an un-foreign manner. It also proves just how exciting domestic travel can be. Domestic travel can be so underrated — you can have some of the best adventures in your own backyard. Pride & Prejudice reminds you of that (in more ways than one), and I love the pure excitement involved in a trip that, for our generation, perhaps isn’t always regarded as particularly exciting. Nostalgic, much? Yep, another random one. You may or may not know that Torontonians are obsessed with public transit. Why? Because ours makes us rather distraught. It’s embarrassingly underdeveloped to the point where it’s a more popular topic of bitching conversation than the weather. Combine that nascent Toronto transit exasperation with my obsession with urban planning, and you’ve got a transit nerd on your hands. Straphanger dissects the transit systems of 10 global cities, and in addition to strengthening that transit-envy inside me, it also makes it oh-so-tempting to bump these cities up on my ‘where to’ list just so I can experience their transit for myself. I want to know why the locals love it or why it’s maligned. And determine myself: are we just a bunch of whiny little babies here in Toronto, or is it actually worse somewhere else? My guess is no, but hey, no harm in testing it out to know for sure.

The Sisters Brothers is one of those few books that I bought on my Kindle and wished I had a hard copy for my bookshelf. It was that good. Not only was it delightfully dark and comedic, it possesses a compellingly odd sense of adventure… because the tale of fraternal hit men on assignment during California’s Gold Rush can really only be described as oddly compelling and the fact that I’m calling their story an adventure as compellingly odd. Even odder: it made me crave an adventure. Ridiculous (I’ll point out the obvious: I’m not a hit man) and yet true. There’s no denying, though, that their story is an adventure, and there’s nothing like someone else’s adventure to make you want your own.

By this point, you have probably come to expect that nothing about this list is conventional, so HEY, let’s just throw a cookbook in there to really mess with y’all. This cookbook is a bit difficult to find outside of the UK (I think), but just like all of Jamie Oliver’s place-based cookbooks (Jamie’s Italy, Jamie’s Great Britain, etc.), he manages to make you simultaneously drool and want to book a plane ticket. It’s sheer wizardry. Jamie Does… is my favourite because it explores the cuisine of six countries: Sweden, Morocco, Italy, Greece, Spain, and France. It had an accompanying TV show, which I literally stumbled upon while on the treadmill (my favourite place to watch a food show, let’s be honest), and I was completely spellbound by the Swedish episode — foraging for forest mushrooms then cooking them on a fire, explaining the military tradition of pea soup, making a right delicious mess with berry buns, and stinking it up with fermented shark. It was unreal. (Sidenote: I tried making those so-called “sexy Swedish buns” for a global potluck at work and failed so miserably I had to bring one of the disaster buns in for show-and-tell to prove that I really did try and that I should never attempt to bake anything involving yeast ever again). I digress. This cookbook continues to compel me to bring global flavours home, but its stunning photography and brilliant stories take it one step further. All I want to do is fly over, find Jamie’s friends, and have them show me the way (and point me to the nearest running trail — I’m going to need it).

What all of these books have in common is the local perspective. Strictly ‘travel books’ are great, and they narrate incredible, exciting, and inspiring stories of adventure. I’ve read some fantastic ones, and will always enjoy a good travel book. But for me, what really inspires wanderlust is what I love about travel in general: understanding and experiencing local life. That’s why I love these books. These books aren’t trying to be travel books — they’re merely telling stories set in other countries. And that distinction is what wins me over and puts me in wanderlust overdrive.

Inspired you to go local somewhere? Check out our list of locally led tours around the globe.

Around the world with Hemingway
5 cafés that inspired the literary world
Literary travel: The Other Side of Paradise in Havana