Blog > Anafiotika, a breeze of Aegean in the heart of Athens 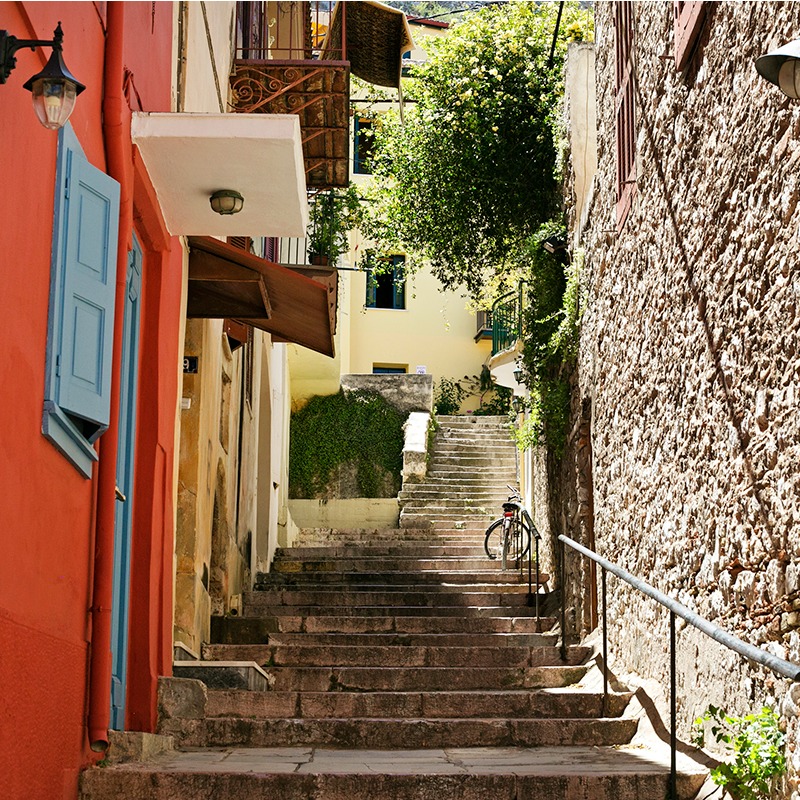 Anafiotika, a breeze of Aegean in the heart of Athens

Athens is a unique city. Some people love it, some hate it. But If you wander beneath its superficial modern-day facade, you will discover small jewels that aren’t written about in most guidebooks. Small parts of a bigger puzzle that will steal your heart forever: neighbourhoods dating back to previous centuries, hidden laneways with astonishing buildings, picturesque squares, forgotten monuments, and exquisite art galleries. A piece of Athens that we love is the time-forgotten district of Anafiotika.

On the northeast side of the Acropolis hill, under the shadow of Athens’ most famous landmark, sits this tiny neighbourhood. Situated next to the equally amazing, but more well-known, neighbourhood of Plaka, and next to the ancient Agora, Anafiotika is a breeze of Aegean in the heart of Athens. This Aegean island-like neighbourhood was created in the 19th century by craftsmen from the Cycladic island of Anafi. During those years, Greece had become a new independent kingdom under the protection of the Great Powers (Russia, Britain, and France), who had assigned a new modern king for Greece, Otto (or Othon).

Otto started reconstructing Athens, and many islanders moved to the city to find jobs, including the construction of Othon’s palace, today known as the parliament building in Syntagma Square. These skilled tradesmen started building their own houses on the rocky grounds under the Acropolis hill, which reminded them of their island left behind.

New neighbours (refugees) found shelter here after the Greek-Turkish war in 1922, that ended in what is known in Greece as the Asia Minor Catastrophe, and the population exchange between Greece and Turkey. Their descendants still live there today, among the 45 houses remaining along streets that are still unnamed. Today, Anafiotika has started luring more and more locals, travellers, artists, romantics, and bon vivants to the district’s streets. 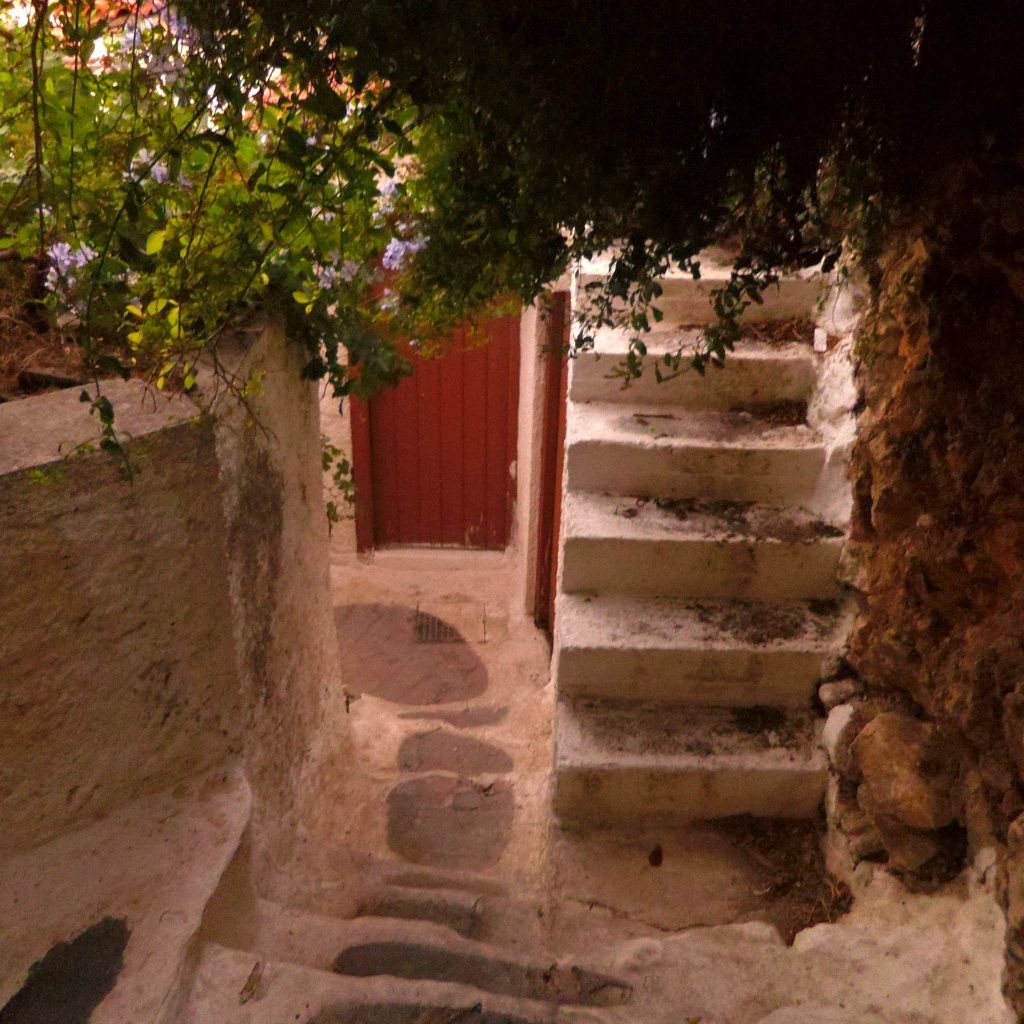 If you are in Athens and want to travel back in time, let your your footsteps lead you to Plaka. From there, follow the narrow, winding alleys that go up the hill, walk on steps carved in stone, and wander between the small white and blue houses built on this slope. Get carried away by jasmine essence in the air from the many flowerpots, and admire grapes hanging from grapevines. It won’t be difficult to lose yourself forget that you are in the centre of a 4-million populated city.

As most streets in Anafiotika don’t have names, or are simply dead ends, trying to find your way there with the help of Google is nonsense. Here are more helpful suggestions: Travelling to Athens and seeking the local side of life? Let us show you were the locals go on one of our Athens city tours!