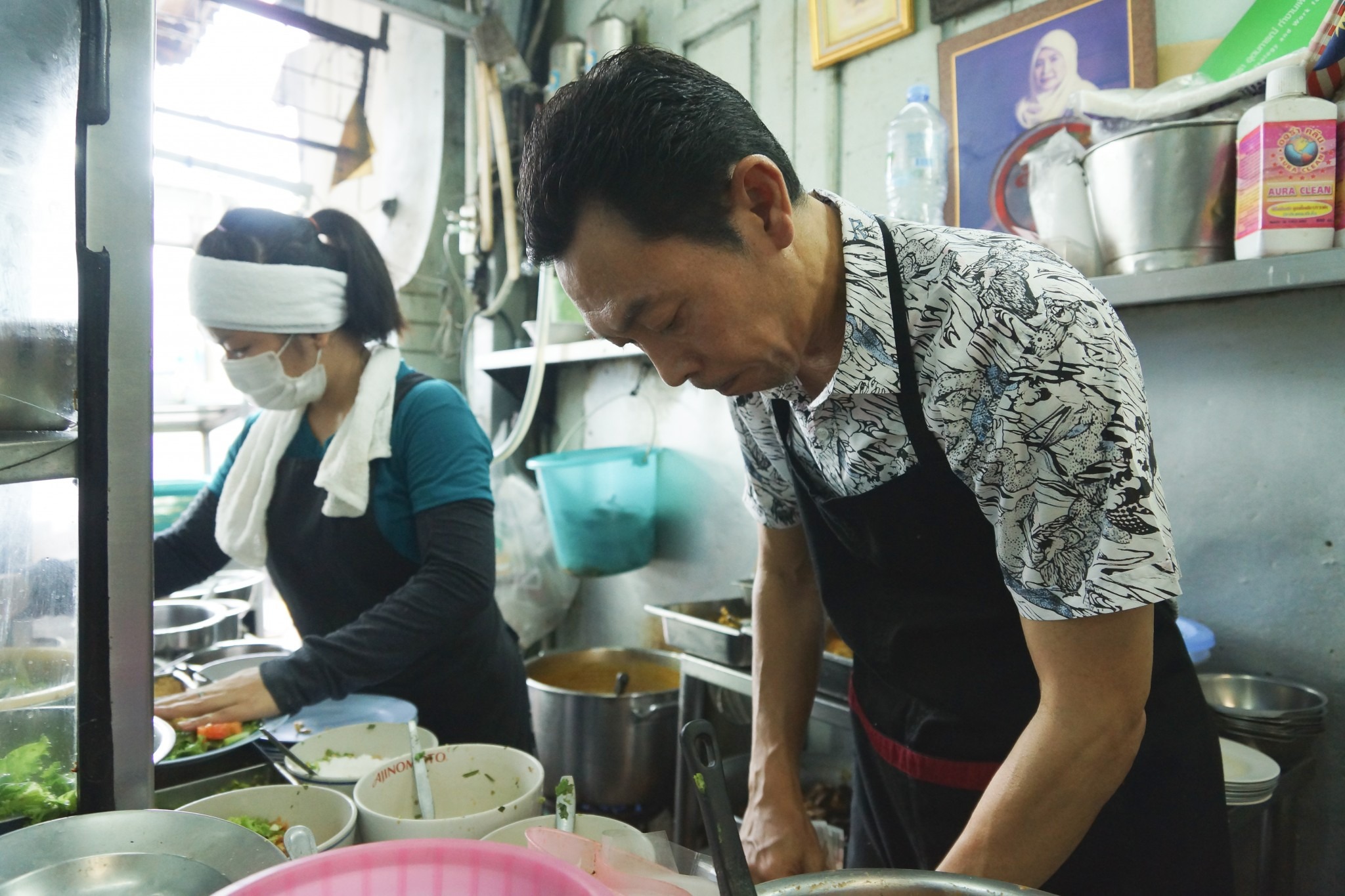 The matriarch and namesake of Aisyah Rod Dee passed away in late 2016, after running her Muslim-Thai restaurant on Thanon Tani in Bang Lamphu for more than 50 years. It was a sad loss for locals in Thailand, who have long loved the dishes she and her three generations of family have prepared; her shop had been featured on Thai television and has long been a famous staple of the local community — despite being almost invisible to most tourists who walk past.

In fact, despite being practically next door to the backpacker ghetto of Khao San Road, the massive courtyard of Aisyah Rod Dee (hidden down a skinny little alleyway) is always almost exclusively filled with locals, and a mere handful of farang (foreigners) who have somehow heard about the place through word of mouth.

#localsknow where to find the best Muslim curries in Bangkok

Now, Aisyah’s son Sa-Aad runs the shop, serving up the same recipes that his family brought over from Indonesia, and that made his mother famous for over half a century. His favourites are oxtail soup and aromatic biryani rice with beef or chicken (as a Muslim shop, you won’t find any pork served here). The beef is a relatively new addition to the menu — originally Aisyah Rod Dee’s rice was only served with chicken; however, by 2004, the Bird Flu was widespread throughout Thailand, forcing many food vendors to change their cooking traditions. Sa-Aad swapped in beef and it’s been one of his most popular dishes ever since.

I visit the shop with Soon, a local guide for Bangkok Urban Adventures, and together we order up a few rounds of Sa-Aad’s beloved dishes. His khao mok nuea is the aforementioned Indian-style curry with beef, and it’s delectably tender and sweet — this is nothing like the spicy curries you might have come to expect from Thai cuisine. The oxtail soup is light and tart and a bit sour — flavours that catch you completely by surprise when you take your first sip of what you expect to be a hearty meat-heavy broth. We pair it with a classic Muslim-Thai salad topped with fresh peanut sauce.

It’s all distinctly not Thai — at least, not the style of Thai flavours you might be used to. Islam is the second largest religion in Thailand, and in the southern provinces of Pattani, Yala, and Narathiwat, the population of Muslims is nearly three times that of Buddhists. As such, much of Thailand’s street food scene has a Muslim influence, from the banana roti stalls that come out at night to shops like Aisyah Rod Dee. And for the many travellers who stick with just plates of pad Thai and papaya salads, they’re missing out on a style of cooking rarely found in Thai restaurants back home.

But locals know there’s far more to their culinary scene than fried noodles — and it’s that interest in Muslim influence that has kept restaurants like Aisyah Rod Dee open for decades. Sa-Aad opens up shop at 8am every day, and doesn’t close until 10pm, feeding the steady stream of hungry masses who fill up his courtyard in search of flavours most tourists rarely taste.

How to find it: Near Khao San Road, on Thanon Tani, west of the Rambuttri Alley roundabout. It’s down a narrow alley on the southwest side of the street.