Blog > It’s in the seaweed: Why locals love this Bangkok congee stall 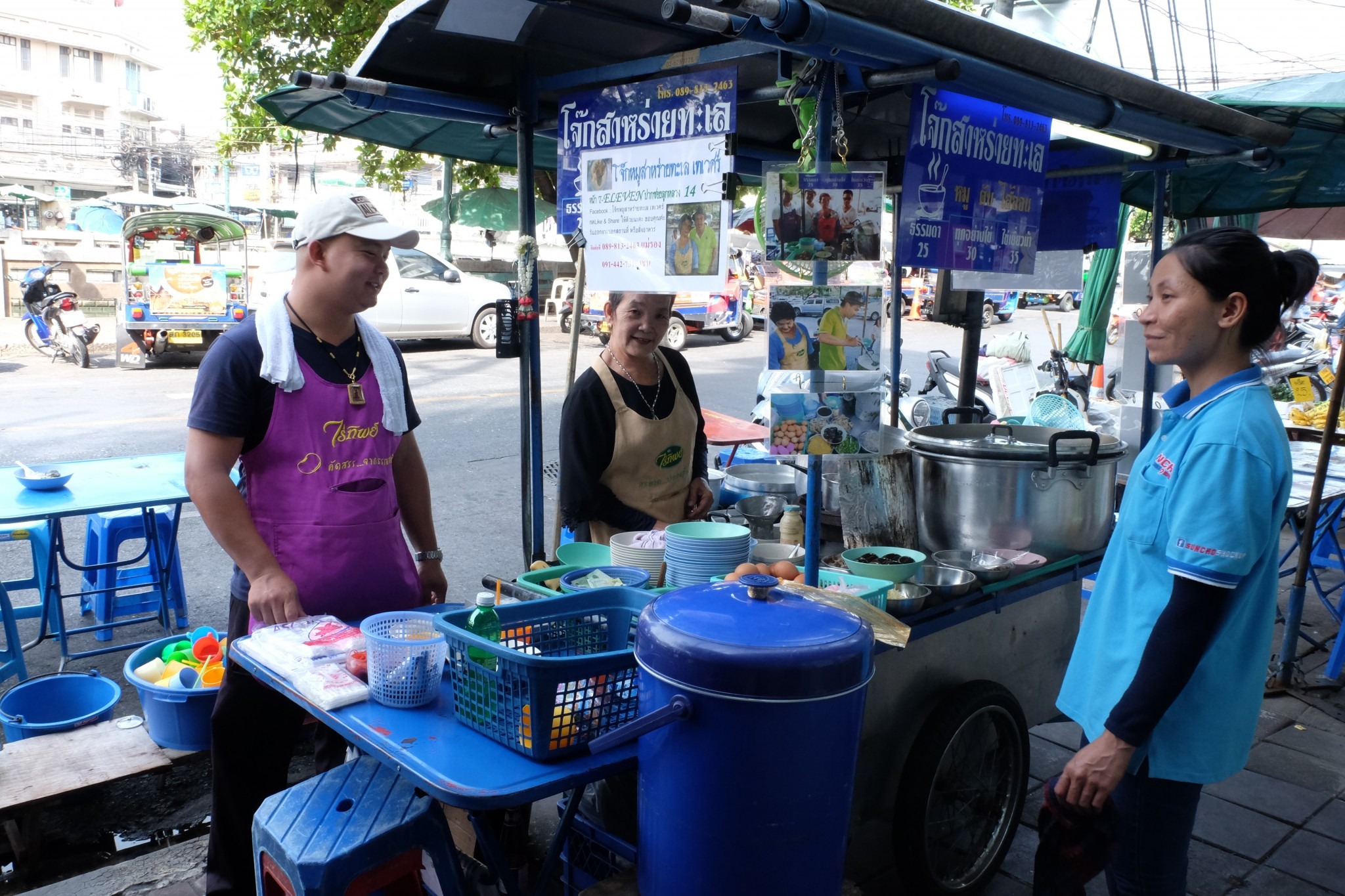 It’s in the seaweed: Why locals love this Bangkok congee stall

Maerong and her son Chain start cooking at 1am every night. They’re prepping their famous joke, or Thai-style congee, for the breakfast rush that starts around 5am. All night long they prep and stir, then pack up their Joke Sarai Talay Thewet cart around 4am and head to the 7/11 on Luk Luang Road near the Thewet Market — the same place they’ve been serving joke for more than 20 years.

Joke is a popular breakfast dish found at food stalls throughout Bangkok and beyond in Thailand, but Maerong’s is particularly famous. “It’s because they put seaweed in the minced pork,” explains Soon, my Urban Adventures guide for the day and a bonafide Bangkok foodie. In fact, the name of their stall translates directly to “congee seaweed.”

Minced pork isn’t the only protein in Maerong’s joke, though. She also adds generous helpings of pork liver and intestine and, if you can handle the look of it, a blackened century egg.

Despite their name, century eggs do not take 100 years to ferment, although to look at one, you might think it’s that age or older. The eggs are coated with ash, strong tea, salt, and lime, and wrapped in rice husks; they’re then left to age for five months before being served to hungry customers not put off by the gelatinous, charcoal-coloured egg. They’re an acquired taste — one that even Soon doesn’t typically like, with the exception of the ones made by Maerong and Chain.

I take a tentative bite of one, expecting an overpowering sulfur flavour but it just tastes like a regular boiled egg. Sure, the texture’s different and it’s a bit stronger than what you might be used to, but its easy, familiar taste is surprising given the startling black colour and rubbery texture. Similarly, the liver is quite mild-tasting and the intestine not as chewy as I’ve had in the past. The joke itself is peppery — an unexpected flavour for something that, for the most part, looks like it would be quite bland.

Clearly, Maerong and Chain are doing something different from other vendors with their joke recipe — and those late nights and oh-so-early mornings of cooking are paying off with a flavour that’s entirely all their own.

How to find it: Near Thewet Market, on the east side of Luk Luang Road (opposite the river), just south of Luk Luang Soi 14. It’s in front of the 7/11 store.