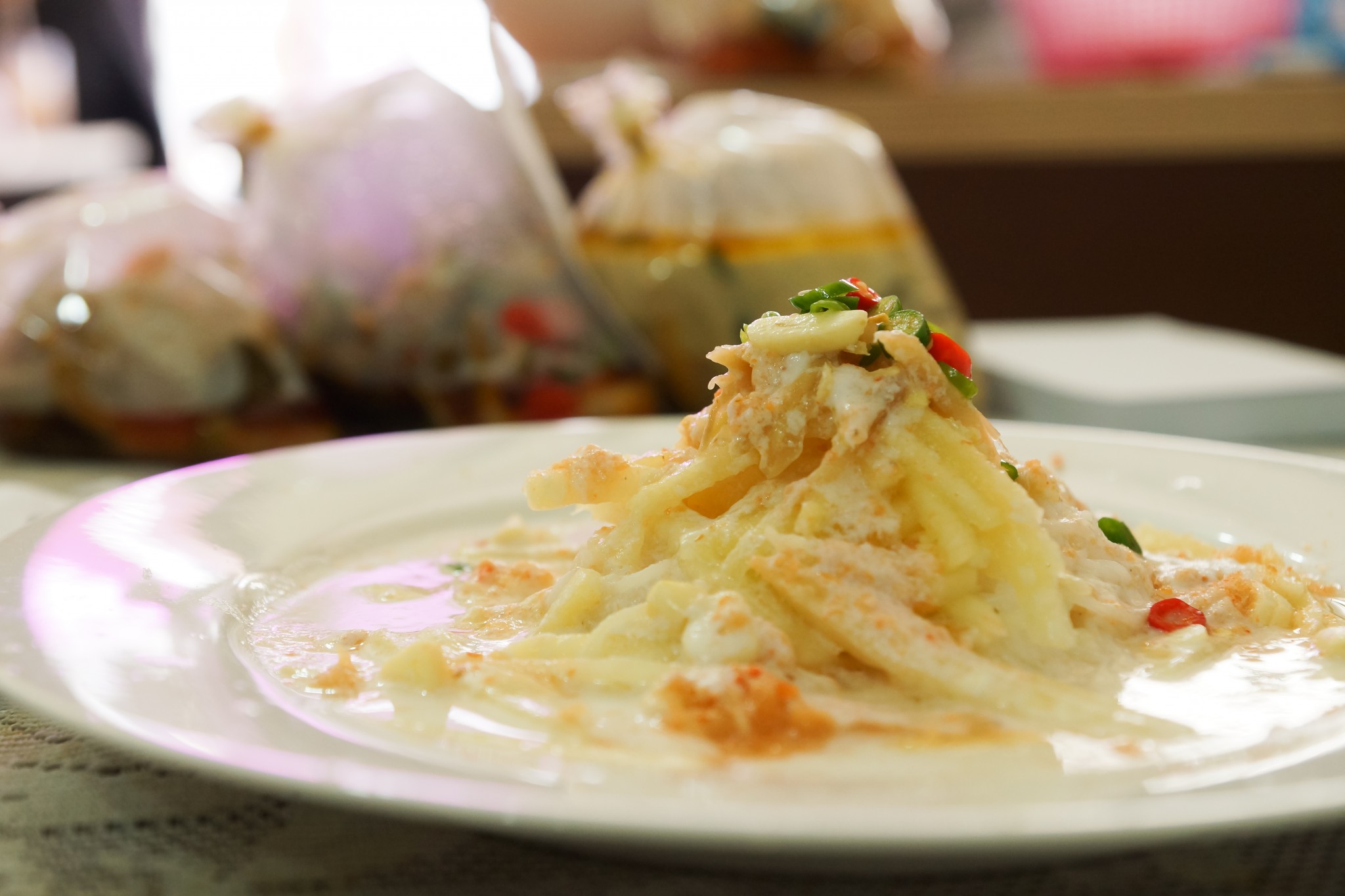 For over 40 years, locals have been lining up on unassuming Soi Lamphu in search of some off the best traditional Thai cuisine in Bangkok. Som Song Pochana restaurant is so popular, in fact, that you can’t get in at lunchtime without a reservation — or without being prepared to wait a long time out in the noonday sun.

The shop’s original owner, Som Song, passed away in 2000, and since then her children have been carrying on the family tradition — with a large photo of Som Song prominently displayed above the dining room. That sense of honouring the past carries over into Som Song Pochana’s food, which is a nod to several traditional dishes not commonly found among the restaurants and food stalls of Bangkok.

For example, their signature dish is kuaitiao sukhothai (a pork-based noodle soup), but on the day we visit, almost everyone in the room is ordering the kanom jeen sao nam. It’s a central Thailand dish, but extremely rare to find when you’re dining out — even in Bangkok where you can seemingly find everything and anything. Soon, my Urban Adventures guide for the day, says she remembers her mother making the dish for them at home, but it’s not commonly served in restaurants — likely because it’s so hard to keep fresh. Made from fermented noodles, and topped with coconut milk, ginger, garlic, sugar, pineapple, dried shrimp, chilies, fish sauce, and lime, it’s the type of meal that sounds (and looks) unappealing — but tastes incredibly light and refreshing.

Similarly, they offer khao fang piak for dessert (order it at the same time as your meal because they’ve been known to run out of the day’s batch before closing time). It’s an ancient traditional dish so rare that even Soon, a total foodie, has never tried until we sit down together for lunch at Som Song Pochana. Made from millet rice cooked in pandam leaves and doused in coconut milk, it’s like a soothing bowl of rice pudding — sweet and cold and refreshing on a hot Bangkok afternoon, and an authentic taste of Thailand’s past.

How to find it: Off Samsen Road, just northeast of the river. Take Samsen Soi 1 to Soi Lamphu, behind the Wat Sangvej School. Also known on Google Maps as Sukhothai Noodle (the Som Song Pochana currently identified on Google Maps on Samsen Soi 1 is incorrect).