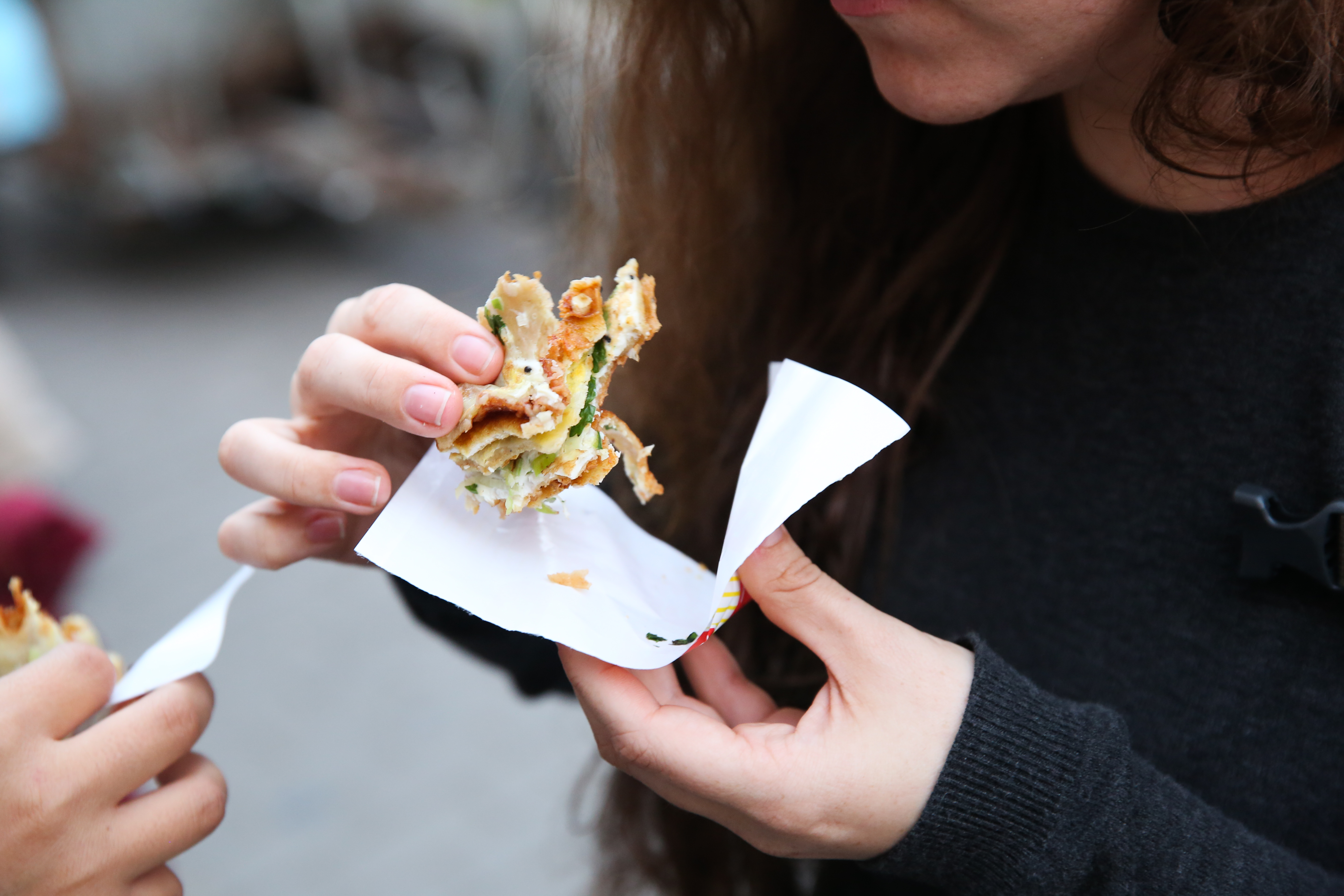 Forget dumplings or congee; jianbing is China’s favourite breakfast dish. Crispy pancakes topped with eggs, scallions, fried wonton or dough sticks and plenty of chilli sauce and coriander has become a street food staple in cities all over China.

The dish is thought to have been invented in the Shandong region 2,000 years a go by Chancellor Zhuge’s hungry troops. It then spread and really flourished in the nearby city of Tianjin. It didn’t take long for the rest of the country to catch up and now every region has a slightly different variation. In Beijing for example, the locals refer to jianbing as ‘guozi’ which refers to the youtiao filling (fried dough sticks) that’s used in this part of China.

Jianbing is usually always served from a tiny stall (often attached to a bike), that’s overflowing with dozens and dozens of eggs. And there’s always a line. As the pancakes are always made fresh, a short wait is inevitable and we can promise you it’s well worth the wait!

My favourite place for jianbing in Beijing is definitely Wu’s Jianbing near the river off Deshengmen E Street. Wu’s family have been serving up  Jianbing here for 20 years and it’s become very popular with locals. If you’re looking for the best breakfast in Beijing, we think this is it!

Find Wu’s Jianbing via What3Words or why not visit with a local guide by your side on a Create Your Own tour of Beijing?