Blog > Where to get the best cendol in Kuala Lumpur 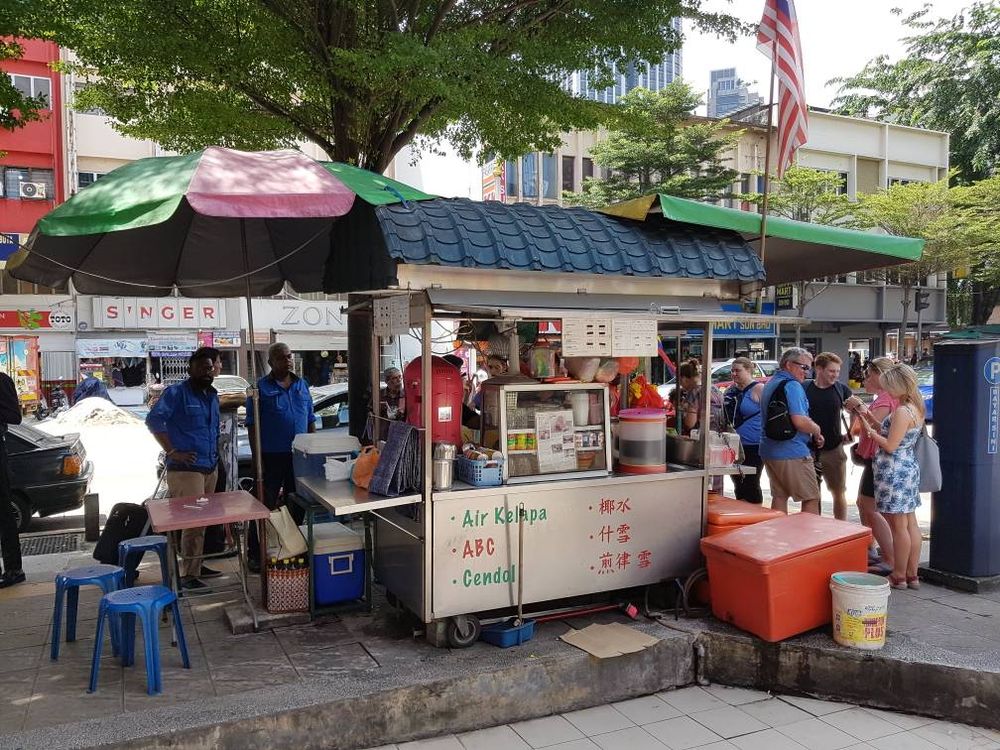 Where to get the best cendol in Kuala Lumpur

Cendol is an icy treat you’ll find all over Kuala Lumpur (as well as much of Southeast Asia) — but locals know the best cendol in KL comes from one place: the husband-and-wife-run stall called Ah Keong ABC & Cendol in the Brickfields district.

Made from shaved ice, a scoop of palm sugar, a scoop of coconut milk and rice flour jelly coloured green from pandan leaves, cendol is a favourite hot-weather snack. And Mr. Ah Keong’s cendol (made entirely from homemade ingredients) makes for the perfect delight on a hot, sunny day in sweaty Kuala Lumpur. The stall opens at 9am, but lunch is the busiest time, when locals go to cool themselves in the midday heat. By about 3pm, Ah is sold out.

The stall didn’t originally belong to Ah and his wife; it was passed down to them by a close friend who wanted to retire. Having been around for 18 years, the stall had become a staple in the neighbourhood — and a tradition that Ah is now carrying on.

Where to find it: 94A Jalan Padang Belia, Brickfields. It’s in front of the 7 Eleven, opposite the YMCA.

What to order: Cendol, of course!