Blog > Where to get the best curry puffs in Chiang Mai: Ms Somdee’s Puff Pies 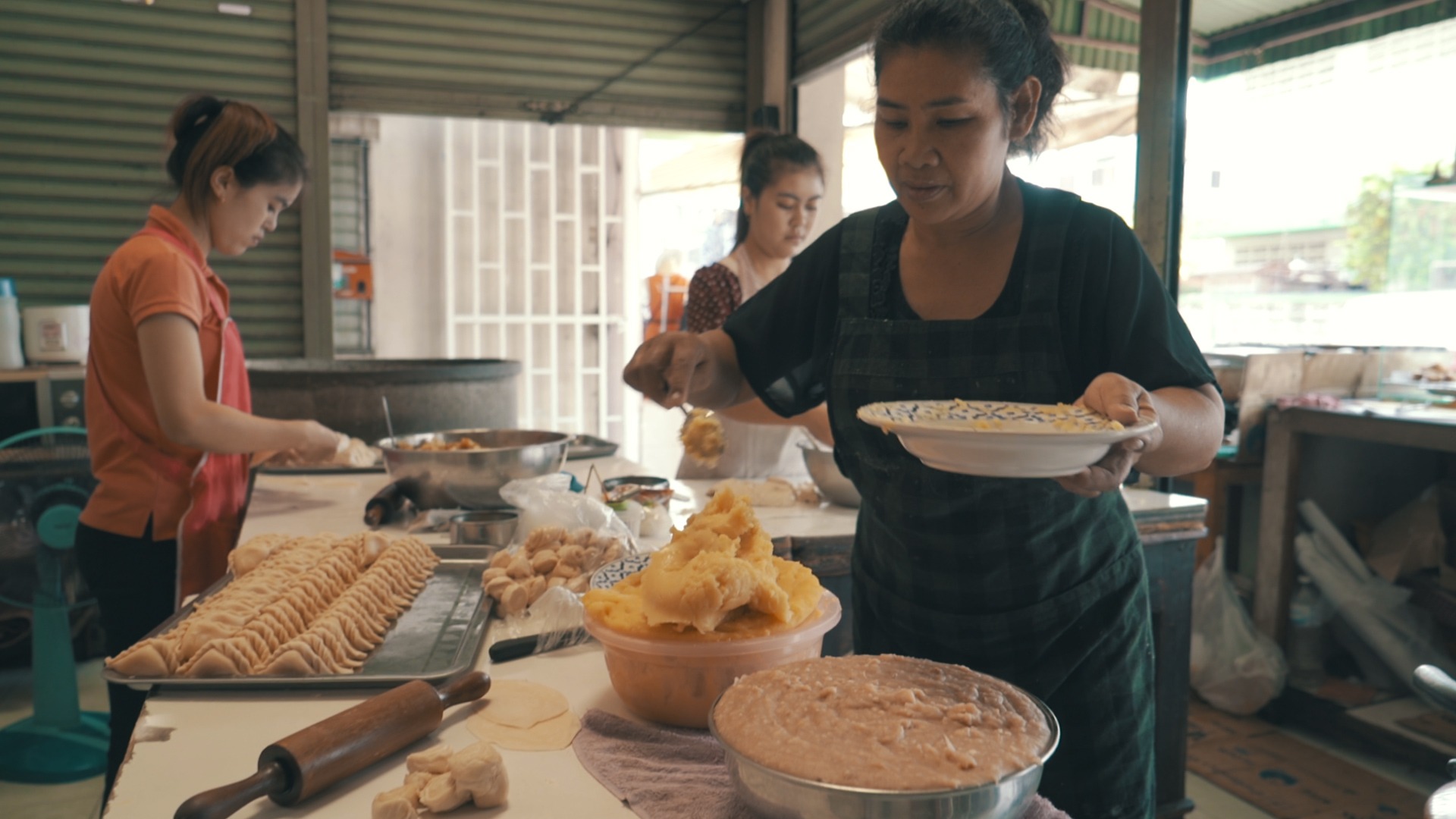 Where to get the best curry puffs in Chiang Mai: Ms Somdee’s Puff Pies

When Ms Somdee’s puff pastry shop opened 27 years ago, there wasn’t much happening on Arak Soi 5. There were few buildings and no businesses, just her little stall (at the time, owned by her sister-in-law) selling karipap — puffed pastries filled with your choice of curried chicken, taro, or bean. Today, it’s startling to think this corner of Chiang Mai’s old town was ever quiet. Now overflowing with expats and tourists, the walled city is the total opposite of going off the tourist trail. But even with all the businesses and traffic buzzing on Arak Road along the old town’s western moat, Curry Puff (also known as Puff Pie) stays hidden like a secret surprise.

Karipap isn’t a treat you typically find in northern Thailand. It has southern roots, originating in the Mauk Lek district of Saraburi Province, northeast of Bangkok. This also happens to be where Ms Somdee and her family are from — and when they moved north, they brought these delicious little pastry pockets with them.

“I learned how to make these from my sister-in-law,” she says, dropping handfuls of raw karipap into a cauldron of boiling oil. At a table behind her, three employees are methodically rolling and stuffing puffs in such a steady rhythm that it looks like a sort of meditation. Cars stop in front of the stall and a steady stream of locals buy up grease-stained boxes of puffs — at a mere 5 baht per karipap – and drive away as quick as they came.

Ms Somdee brings a taste of the south to Northern Thailand

“A lot of places fry them the day before and then sell them,” explains Natthachai (better known as Buddy), my Urban Adventures guide for the day. That’s clearly not the case at Curry Puff, where the karipap are deep-fried before your eyes and served to you so hot and fresh you can barely hold them, let alone bite into one.

Ms Somdee’s chicken curry puffs are sweeter than you might expect, with chunks of potato mixed in with the chicken. With the potato, it’s similar to massaman curry, a mild southern curry with heavy Indian influence, but the flavour is sweeter and much lighter. The taro and bean are simultaneously sweet and savoury (as is so much of Thai food), tasting more like they’re filled with a rich cream rather than root vegetables and lentils. The shell has that perfect level of flakiness, so that when you bite into them, you get that crumbly mess that only comes from a well-made pastry.

“These are the best you’ll find in Chiang Mai, guaranteed,” Buddy says, ordering us another round of karipap.

How to find it: On Arak Soi 5, at the corner of Arak Road (west moat, inner road), just north of Suan Dok Gate in Chiang Mai Old Town.