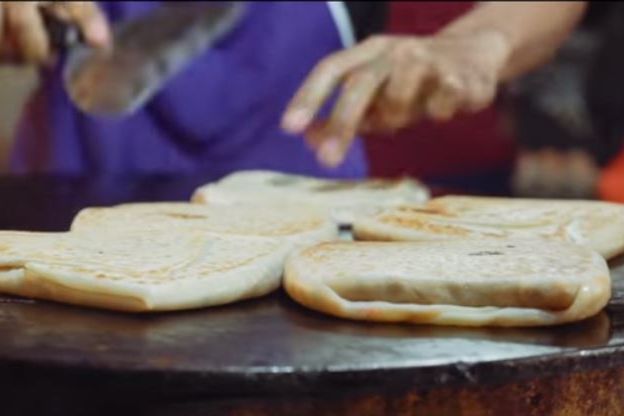 The annual #streetfood50 Awards recognise the top street food vendors around the globe, handpicked by Urban Adventures’ own local guides-in-the-know. Local vendor Daniel Adi not only received top accolades from our Kuala Lumpur tour guides for the best street food in KL, but was also named the grand-prize winner in 2018, for his murtabak recipe.

Malaysian cuisine is as diverse as it is delicious; shaped by an amalgam of cultures, each bringing their own flavour to the country’s epic food scene. The nation’s capital of Kuala Lumpur is a city made for foodies and travellers who love exploring a new place through its food. One dish not to miss on any visit to KL is murtabak, a pan-fried bread stuffed with a variety of fillings — what you get depends on where you go to get it. Locals know that the murtabak made by Daniel Adi at his family-owned stall never disappoints.

Daniel’s family has been making murtabak for generations; the main ingredients for which are wheat flour, one egg, and a pinch of salt — but the immensely flavourful filling is a secret recipe. The story of the dish goes back to when Daniel’s family lived in Indonesia. They moved to share their cooking with the people of Malaysia and haven’t stopped since. The dish is popular not just because it packs a palate-pleasing punch, but also because it’s affordable and filling without being too heavy.