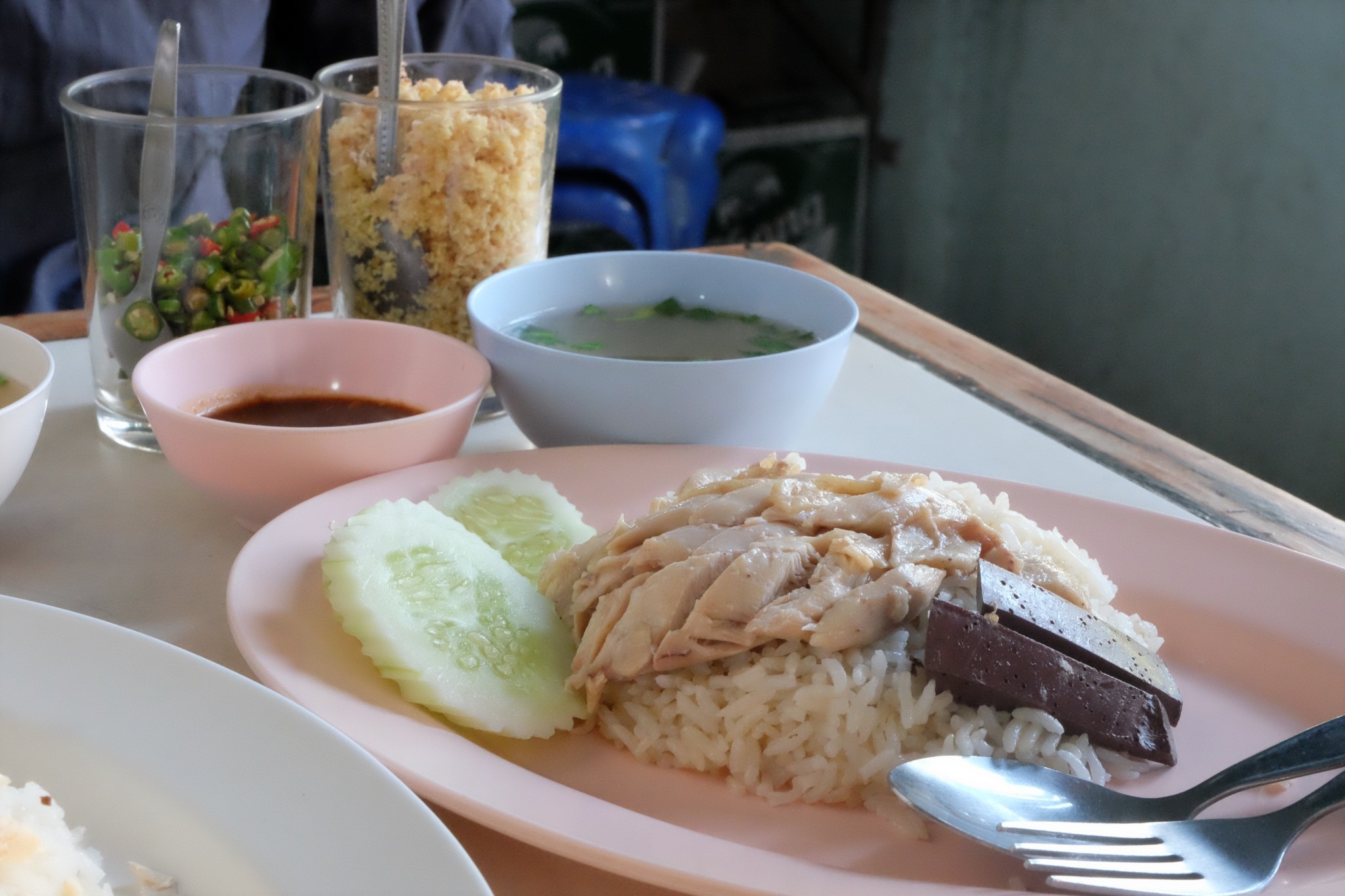 Perhaps Sirichai Khao Man Gai’s biggest claim to fame is that no one knows its name. The shop specialising in khao man gai (Hainanese chicken rice) and khao soi (curried noodle soup) could have rocketed to tourism stardom a few years ago when a travel writer for Lonely Planet came in and decided to include it in their guide to Chiang Mai. Except the writer called it Sirisoi, not Sirichai, and since then confused tourists have been stumbling around this area behind the Three Kings Monument, trying to find a restaurant name that doesn’t exist.

Saiyai, the owner for some 20 years, has tried to fix the error by posting English signs around her shop noting that if you’re looking for Sirisoi, you’re in the right place. It works sometimes, but with two other khao man gai stalls along this one small stretch of Intrawarorot Road, it’s easy for confused tourists to think any one of them is the place they’ve been referred to. (Not to mention that there are also multiple Intrawarorot Roads in the old city — this one is in the northeast corner, near the Three Kings Monument.)

Saiyai opens her shop every morning at 5am, capturing the locals looking for their morning dose of chicken and rice before they head off to work. Khao man gai started as a southern breakfast but has since spread across all of Thailand as the ultimate start-your-day dish (#localsknow hint: you can usually identify a khao man gai shop by the poached chickens hanging in the front window).

And in the north, where the cuisine is often overwhelming with flavour and spice (think creamy khao soi and lips-burning som tam), khao man gai is a respite from taste bud overload. It’s nothing more than boiled chicken served over a plate of oily rice (the rice is cooked in the chicken fat and juices), and served with a side bowl of chicken broth (called nam sup), a few slices of cucumber, and occasionally a few blobs of chicken blood jelly. But while the dish may seem bland and basic, each shop offers its own subtleties, from the broth to the soya-chili sauce provided for dipping or pouring over top.

Saiyai’s sauce is on the sweet side, but she has cups of chili peppers and ginger on the table for you to adjust to your tastes. Buddy, my Urban Adventures guide for the day, insists that it’s all about the ginger. “It’s good for your…” he struggles for the word ‘digestion’ and points from his neck to his stomach in translation before dropping a heaping spoonful of ginger into his sauce.

There are only two dishes that Saiyai serves at her stall: the aforementioned khao man gai, and khao soi, the coconut-based noodle soup that defines northern Thai cuisine. As for which one she does better, well she’s pretty famous among locals for doing both very, very well. And since khao man gai is typically a breakfast meal and khao soi is usually eaten at lunch, we suggest just sticking around all morning so you can eat both meals here and judge for yourself.

How to find it: Behind the Three King’s Monument, at the corner of Intrawarorot Road and Jhaban Road, in Chiang Mai Old Town.