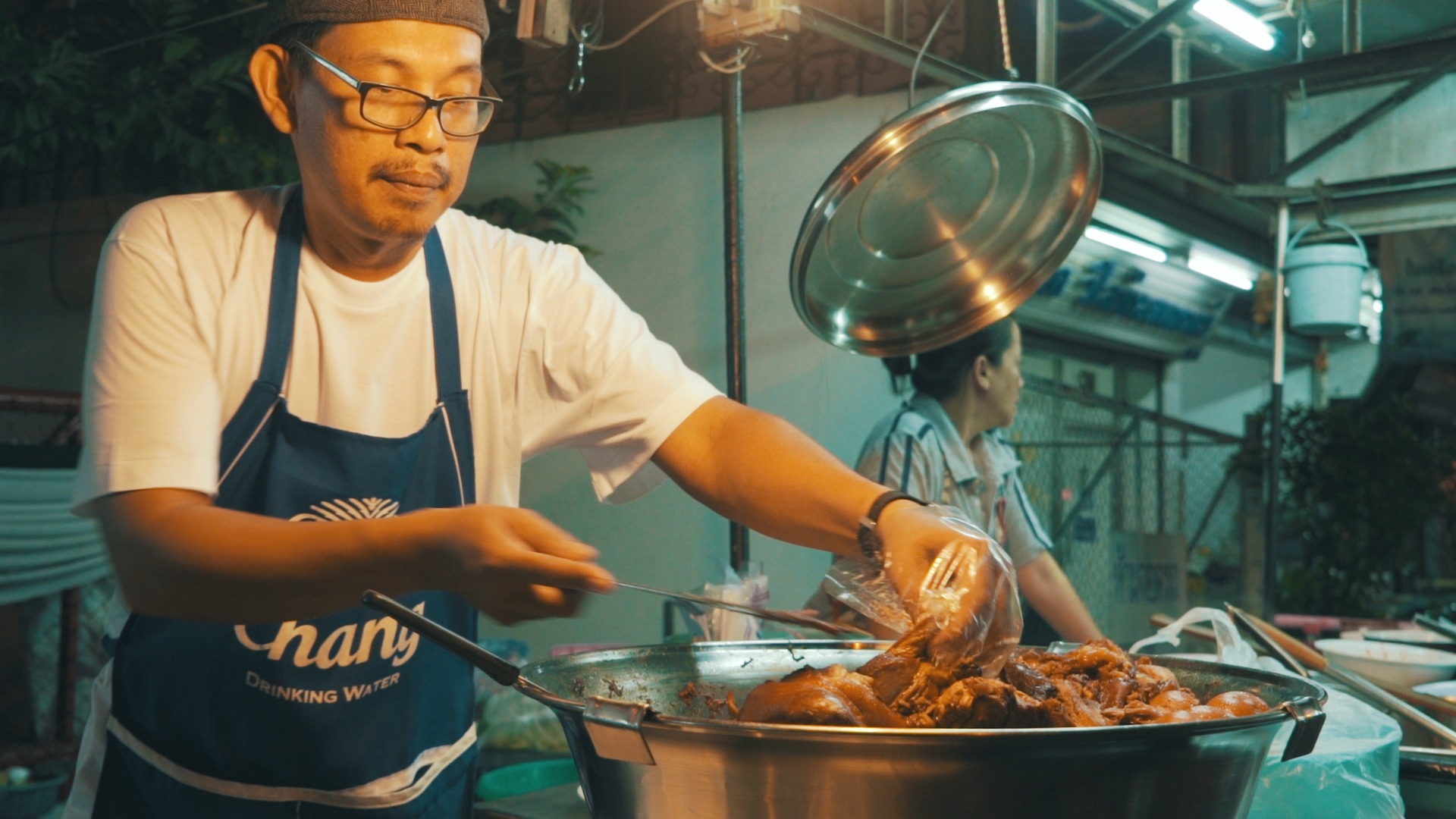 The North Gate Cowgirl is easily the most famous vendor in Chiang Mai serving up khao kha moo (stewed pork leg). That’ll happen when none other than the patron saint of food-travel, Anthony Bourdain, takes his TV crew to your stall. But she’s not the only one in town cooking delicious, fall-off-the-bone pork — and, if we want to really get bold and controversial, she might not even be the best (yes, we’re preparing for the hate mail). For another delicious, and far less crowded, take on the dish, head to the south side of the old town, to Khao Kha Moo Prai Sa Nee, which literally translates to “rice leg pork post office” — because the stall is directly in front of a post office, of course.

Owner Tu opened this stall some 12 years ago, after tackling many odd jobs before finding his calling as a food vendor. He’s been a barber and has worked in clothing retail, but it’s slow-cooking pork that has proven to be his true passion. His stall only comes out around 5pm, parked in front of the Phra Sing post office, and stays open until 11pm or so, when he packs the whole thing up and treks it back home until the next evening.

His stewed pork is seasoned with soy sauce, hoisin sauce, sugar, and spices, and can be ordered with or without bones and skin, and is served atop rice with pickles and a boiled egg. Cloves of raw garlic and whole chili peppers are in bowls on the table — the tradition is to take a tiny bit of the garlic and a pepper in between bites of the stew (be warned: the smallest of nibbles is all you need). He also offers a pork-based wonton soup that’s mild but filling.

Tu’s a shy, gentle person — when we ask him to appear on camera, he at first says no before darting away with a giggle. He’s happy to let us film as he cooks and to ask him questions, but he wants his food to be the star, not him.

It’s a much quieter spot than the Cowgirl’s stall over in the market along the North Gate moat, and for that I’m thankful. Her pork is good and her spot is hopping, but this is where to go if you want no flash and no crowds of tourists — just some good stewed pork from a man who loves to cook.

How to find it: On Samlarn Road at Ratchamanka Road, in front of the Phra Sing Post Office and across the street from Le Naview Hotel, in Chiang Mai Old Town.