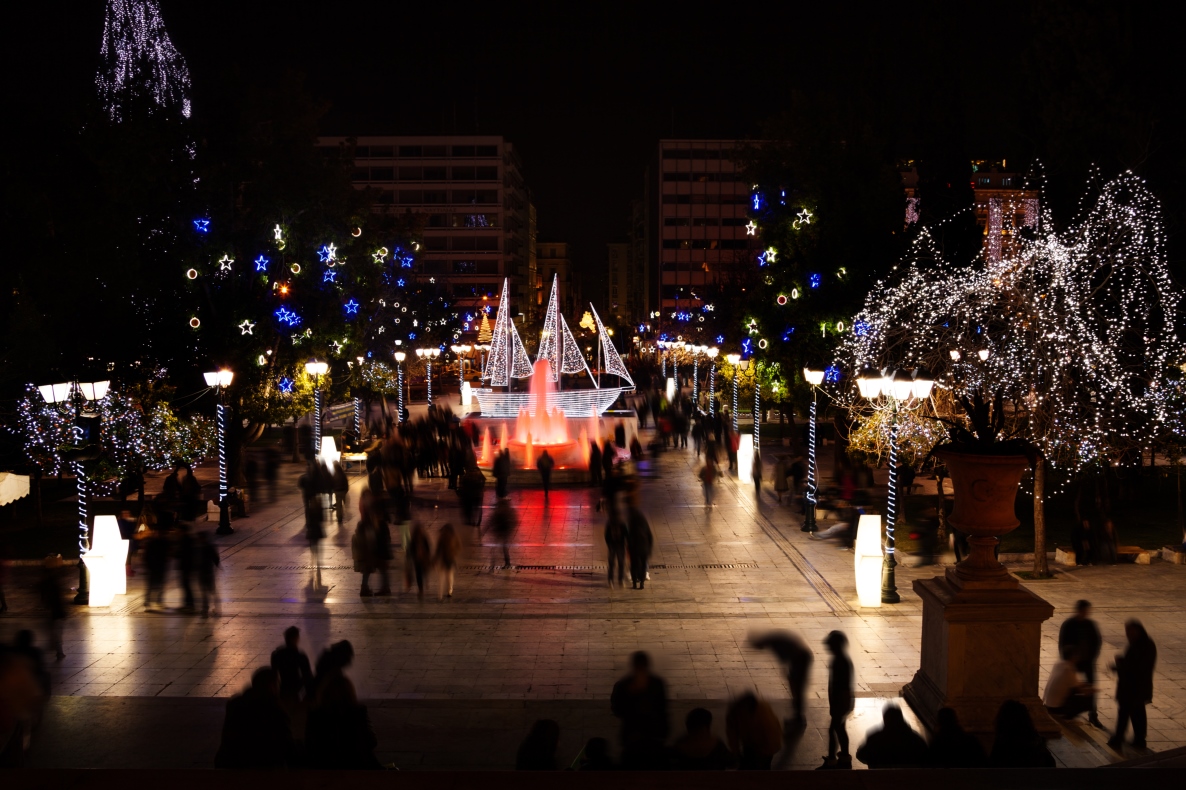 Christmas is celebrated in many different ways depending on where you travel. Traditions vary, as does food and types of celebrations. If you happen to find yourself in Greece over the holidays and want to dive into some traditional festivities, we have you covered. Our local tour guides in Greece have shared their insight into Christmas celebrations and traditions across the country. 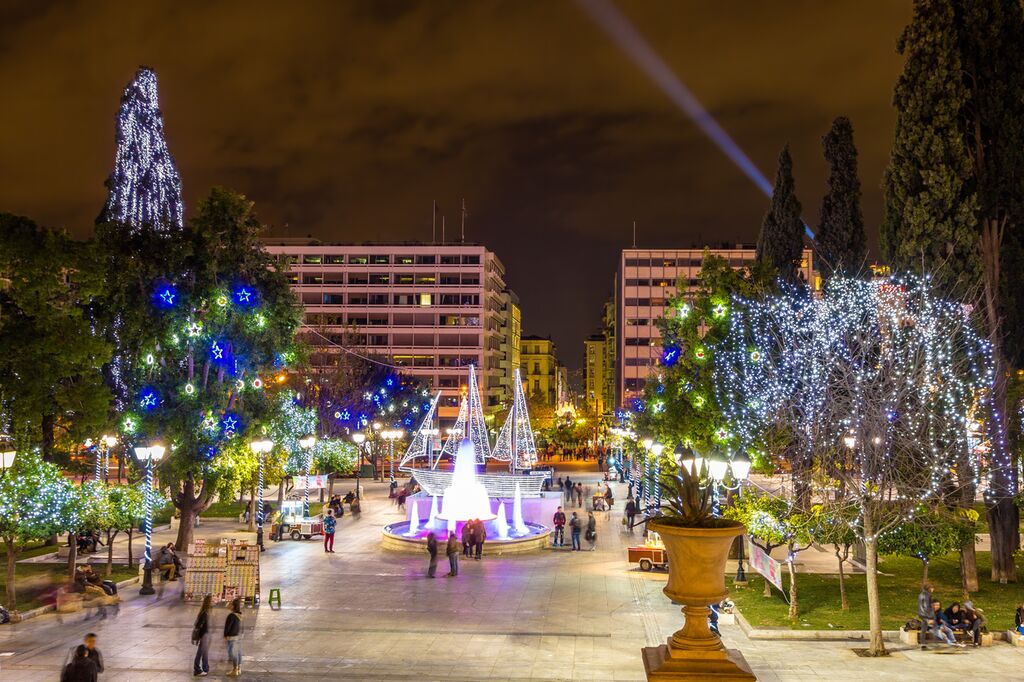 Christmas is one of the most celebrated holidays in Greece, being the second most important cultural and religious event after Easter. In Greece, the Christmas holidays last from Christmas Eve until the celebrations of Epiphany on January 6. And Athens, home to almost half of Greece’s population, is the perfect Christmas destination, where fully decorated, festively lit streets and squares in a glamorous westernised style blend with Greek traditions and customs.

Many events take place in different neighbourhoods, with the most noteworthy places being Syntagma Square, where the city’s Christmas tree is lit, and Thissio Square, where the main New Year’s Eve concert takes place — with none other than the impressive rock of the Acropolis as a backdrop.

The day before Christmas, children ring every doorbell and sing kalanda (Christmas carols), offering good wishes and expecting Euro coins and delicacies to be offered by the homeowners.

Christmas desserts are abundant in Greece, however the most typical Christmas sweets are kourambiedes (cookies filled with almonds or nuts and dusted with powdered sugar) and melomakarona (a pastry that combines honey syrup, olive oil, nuts, cloves and cinnamon). On New Year, vasilopita, a baked cake with a lucky coin inside and meaning the pie of St. Vassilis (the Greek version of Santa Claus), is eaten in order to honour the saints who protect every Greek family. 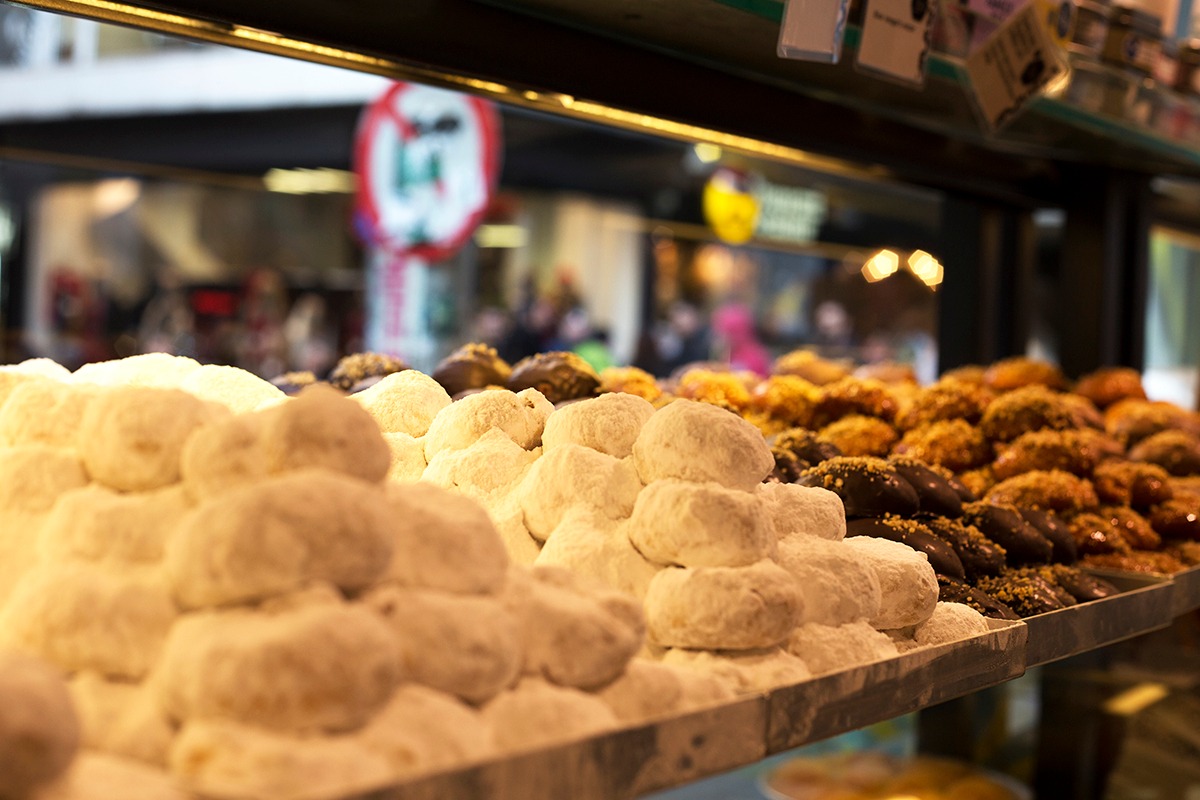 Although nowadays Christmas in Crete is as glossy (especially in towns) as the rest of Greece, with colourful lights and ornaments, the island still holds its traditional character. On Christmas Day for example, the “most-popular name” day in Crete, the names of Manolis and Emanuel as well as the female equivalents, are celebrated. Almost every family celebrates at least one of its members, so during Christmas Day, all family members gather at a festively set dinner table.

While the custom of turkey is common in Crete, many Cretans, especially in the mountainous villages, follow the tradition of serving a Christmas pig. During the year, Cretan families raise a pig that is slaughtered and cooked on Christmas Eve and served as the main dish of the holiday. The next day, the villagers cut up the pork meat and make sausages and other traditional delicacies such as smoked pork chunks called apaki or siglino (cooked pieces of pork, covered with lard and stored in ceramic pots).

The Christmas table is completed with the Cretan Christmas bread and lihnarakia or kaltsounia (depending on the region of Crete), which are sweet, delicious cheese pastries. 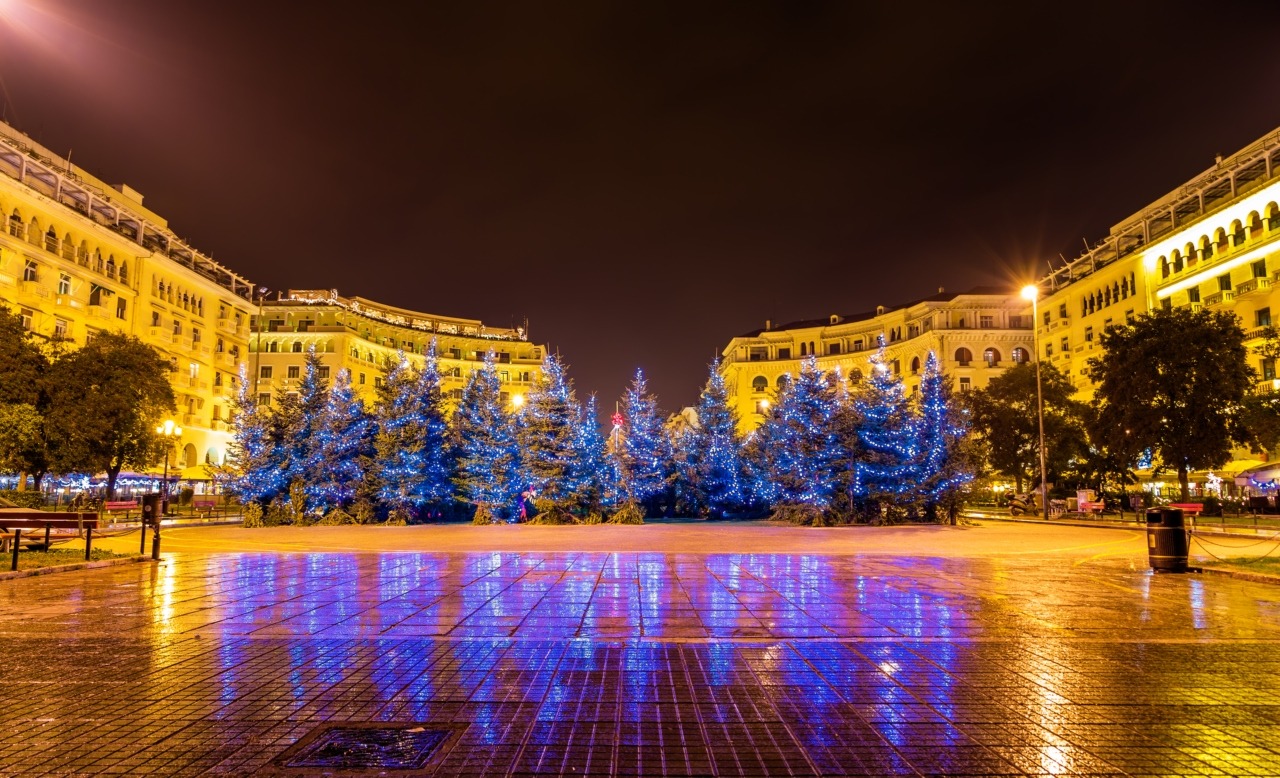 If you’re in Greece’s capital of the north, Thessaloniki, during the Christmas period, you’ll behold a huge decorated boat in the city’s main square, Aristotelous Square, decked out in white and blue lights to match the colours of the Greek flag. This decorated boat is the Christmas landmark of Thessaloniki and has deep-rooted traditions in Greek culture. Before televisions were installed in every home, all the towns and villages had a Christmas boat (a miniature or real one) decorated with ornaments and lights.

Since Greece was famous worldwide for being a maritime country, Greeks wanted to honour Saint Nicholas, the patron saint of sailors, by decorating a boat. As the name day of Saint Nicholas takes place on December 6, the boats are decorated and displayed that day until the 6th of January, the day of the Epiphany celebrations.

On January the 6th, also known as Theophania Day, there is a great Orthodox feast, where young people have to prove their faith and courage to the Christian religion by jumping into the very cold water of the sea and recover a holy cross that was thrown seconds before by a priest, and return it to him. For the brave who jump into the cold waters, it is considered the utmost honour and award, and if they are the first to catch the cross, they will be blessed for a year.

Headed to Greece over the holidays (or any time)? Our local guides in Athens, Crete and Thessaloniki can help you have the Best. Day. Ever. while you’re in town!