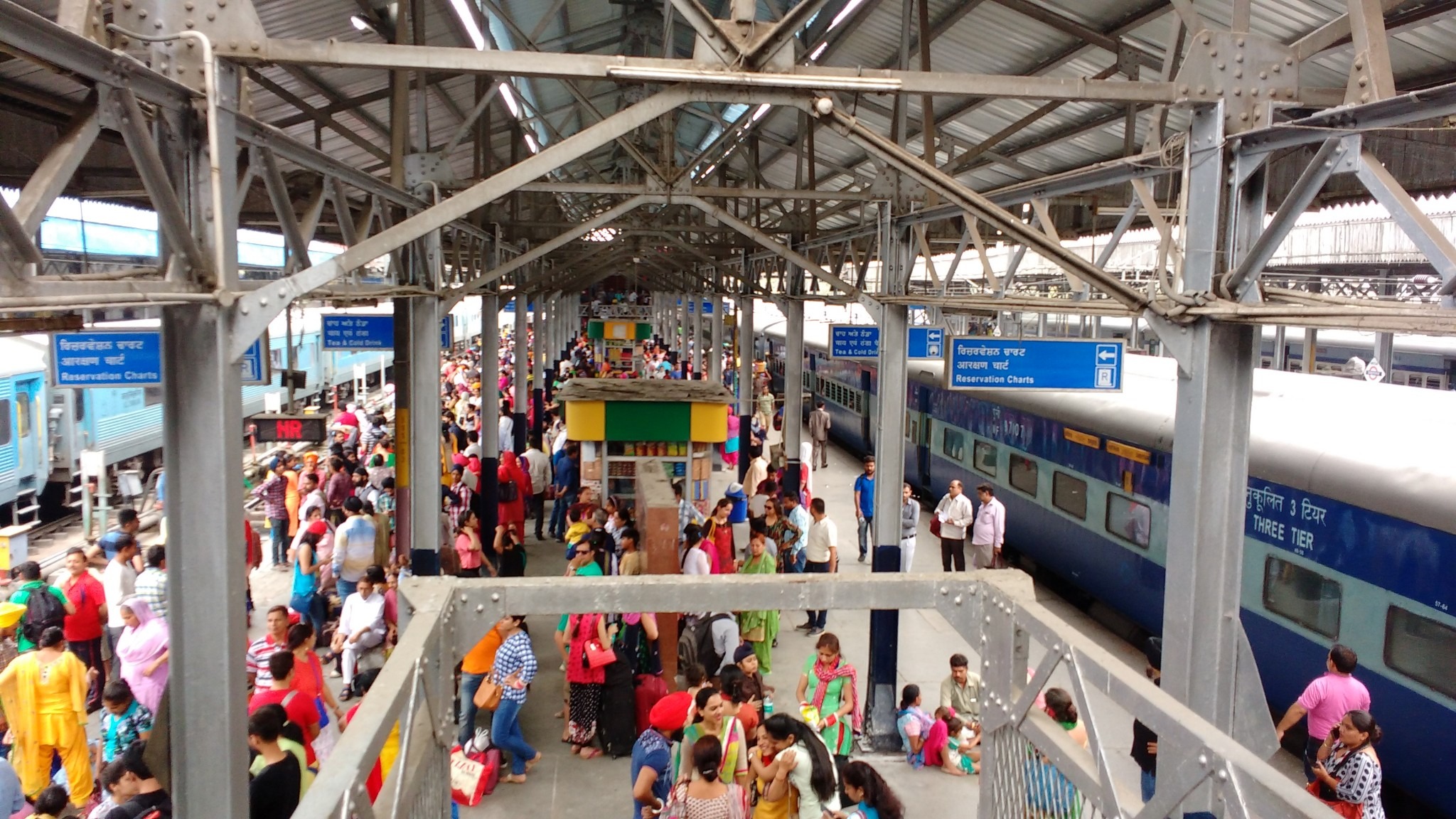 The complete guide to: Amritsar travel

The largest city in Punjab is probably most well-known as the home to the holiest shrine of Sikhism — the spectacular Golden Temple. It’s well worth spending some time exploring the sprawling complex, but don’t stop there. Amritsar isn’t just about sacred sites (although there are many to explore). The holy city is also a must-stop street food destination, and home to plenty of museums, forts, and bustling bazaars and markets. Get better acquainted and feel like a local before you go with our complete guide to Amritsar.

Getting to and from ATQ

Taking a pre-paid taxi is the best and most efficient means of getting to and from Amritsar airport. Taxi service is available outside the terminal building. You can also choose to travel via autorickshaw. A prepaid taxi counter can be found in the arrivals area. The journey into town takes around 20 minutes and a taxi will run you between INR 300 and 400, and an autorickshaw should be about INR 150.

Things to do in Amritsar

For an awe-inspiring experience, visit Amritsar’s stunning Golden Temple, the holiest place of worship for Sikhs the world over. Open 24 hours a day, the massive golden palace rising out of a man-made lake is a truly impressive sight to behold and it’ll be tough to stop snapping photos from every angle. Take a dip in the holy Sarovar (holy pond) and explore the site, visited by millions of pilgrims and tourists from all over the world. Note that inside the temple, it’s mandatory to cover your head at all times. The temple welcomes everyone, regardless of cast, creed, or race. If you have time and you’re hungry, don’t miss a meal at the langar, the largest free community kitchen in the world, which feeds upwards of 100,000 people a day. The kitchen is open 24 hours a day, seven days a week.

The only road border crossing between India and Pakistan, Wagah, lies between Amritsar in India and Lahore in Pakistan. This is the place to come to witness the Wagah Border Ceremony, which involves the lowering of the flags on both sides of the border. Also referred to as the beating retreat border ceremony, the highly choreographed ritual involves music, coordinated movements, and lots of pomp and circumstance. The ceremony takes place every evening before sunset and lasts about 45 minutes.

Since one of the best parts of travel is often getting the chance to try new food, we suggest adding eating a lot to your Amritsar itinerary. No matter where you go in India you’re likely to find some pretty amazing food, but each state and even city or town have their own delicacies. In the case of Amritsar, one of the delicious things they’re famous for are their kulchas (butter-soaked bread baked in a tandoor and often stuffed with potatoes). Try one out (and then probably get a few more) at All India Famous and Kulcha Land. Just note that the former often runs out of kulchas by 2pm or so.

Amritsar on the big screen

If you want to see Amritsar on the big screen before you leave, see if you can find Rang De Basanti or Bride and Prejudice. The former tells the story of six friends learning the importance of fighting for Indian rights, and the latter is a Bollywood adaptation of the Jane Austen classic.

Amrinder Gill (Punjabi singer) and Mahendra Kapoor (Indian playback singer) are two musicians born and brought up in Amritsar, and worth checking out before your trip.

One of the best ways to get ready for a trip somewhere new is to read some books either about or set in your destination. Two good ones to start with are Amritsar: Mrs. Gandhi’s Last Battle by Mark Tully and Satish Jacob, and (to get a feel for local cuisine) Amritsar — Flavours of the Golden City by award-winning, Michelin-starred Indian chef Vikas Khanna.