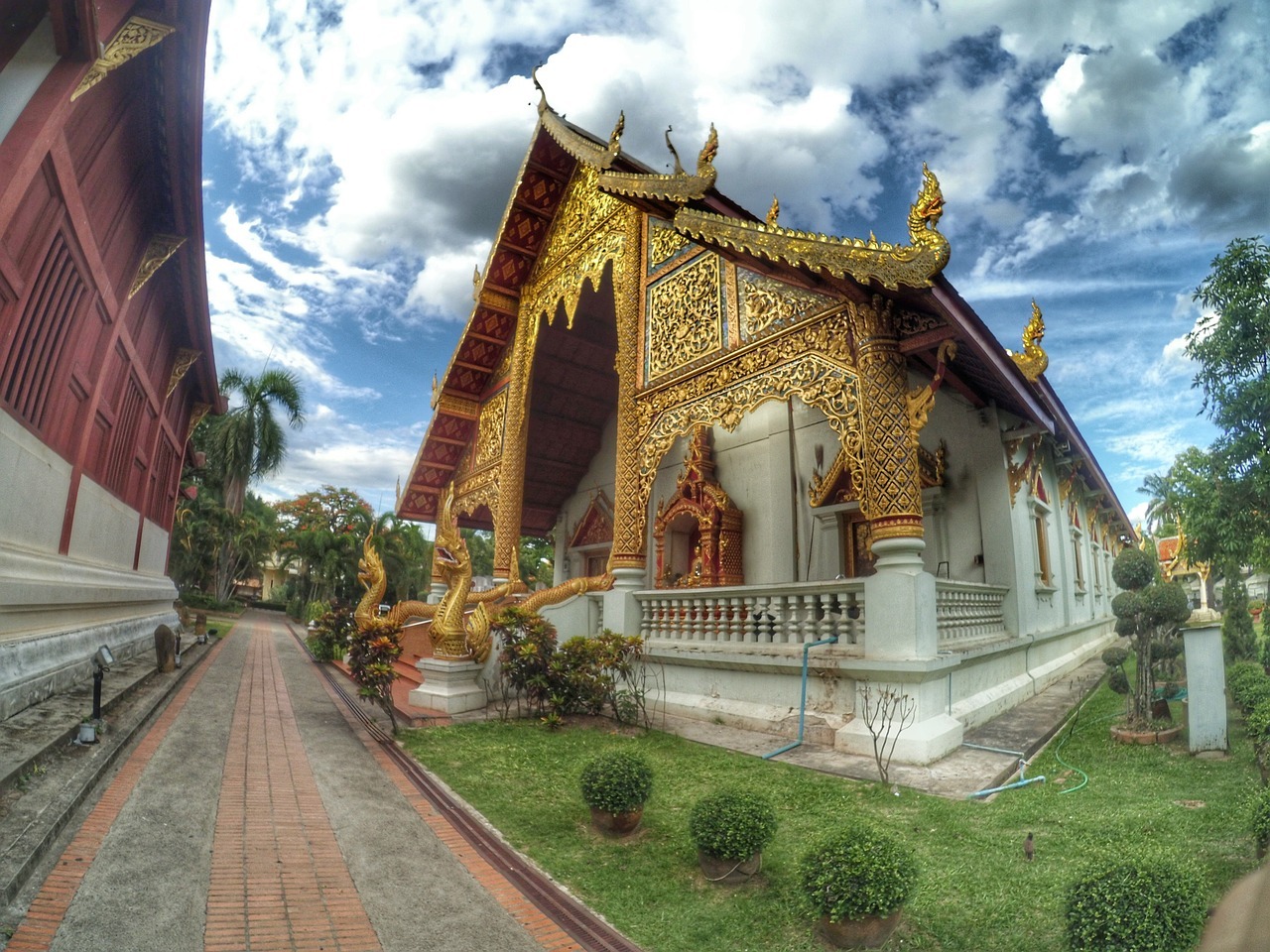 From temple-hopping and eating your body weight in street food to shopping vibrant night markets and exploring waterfalls, there’s slim chance you’ll be bored in charming Chiang Mai. Even if you never left the walls of the Old City, with its meandering alleyways and temple-studded streets, there’s something interesting to see, do and eat around almost every corner. Ready to go? Here’s everything you need to know before you go and once you get there.

Getting to and from CNX

Chiang Mai Airport is located a short distance from the city centre, and once you land in Chiang Mai, the best way to get to where you’re staying is by grabbing a taxi from the airport. Transportation service counters are located on the first floor opposite domestic and international arrival lounges. Expect to pay around THB 160 for a taxi to most destinations in the city. Pick up a slip from the desk in Arrivals after indicating where you’ll be going, and then wait for an indication that your taxi is ready to go.

Getting around Chiang Mai

There are a few ways to get around Chiang Mai once you’re there, including on foot, by tuk-tuk and by songthaew.

Songthaew: These red trucks with bench seating operate as shared taxis, and are the preferred mode of transportation for locals in Chiang Mai. Simply wave one down the street (you won’t have trouble finding once since they are quite prevalent day or night) or approach a waiting driver. There are no fixed routes like you’d find with buses, so you’ll need to ask the driver if they’re heading in the direction of where you want to go. Journeys start at THB 30 for a short trip, but can go up for a longer journey or late at night.

Tuk-tuk: These three-wheeled vehicles are also prevalent all over Chiang Mai, but are more expensive than taking a songthaew. But they do offer a direct service and most drivers speak at least some English. Expect to pay at least THB 100 for a short journey (but feel free to try to bargain for less).

Walking: Walking is the best way to explore Chiang Mai’s Old City, as well as other popular neighbourhoods like Nimmanhaemin. The Old City especially is ideal to explore on foot, since there are so many attractions located close together.

Things to do in Chiang Mai

Start your visit go Chiang Mai with a visit to the Old City, the ideal area to do some serious temple-hopping. Within the walls you’ll find some heavy-hitters such as Wat Chedi Luang, Wat Phra Singh and Wat Phan Tao, but there are several more, all with their own distinct architecture (we loveWat Suan Dok) . Just make sure you’re dressed appropriately (no bare shoulders or legs) and set out on foot to explore. In addition to all those temples, the Old City is filled with cafés, restaurants, bars and a scenic atmosphere perfect for aimless wandering.  When you need a break, find a sidewalk café (of which there are many), sip a cold fresh juice or a beer, and watch the world go by.

There’s nothing better than learning more about the culture of where you are to gain a better understanding and appreciation of a destination. Chiang Mai Tribal Museum is a great place to start, especially if you’re planning on paying a visit to the many hilltribe villages around the region. Formerly housed on the Chiang Mai University campus, the museum can now be found in a three-storey building in Ratchamankla Park. Here you’ll find everything from costumes and tools, to weapons, musical instruments and art from all of the major northern hilltribes.

Markets are still the number one place where locals like to buy their shopping. From street food, fabulous fresh ingredients and colourful flowers to elaborate textiles and handicrafts, Chiang Mai’s markets are a treasure trove of possibilities. Warorot and Ton Lamyai are the most central, running everyday in one way or another over three floors (and plenty of over-spill into the nearby streets too).

Taste Khao Soy, Chaing Mai’s favourite dish, a coconut based soup curry with crispy noodles on top. It really is heaven and we can guarantee that long after your trip is over, you’ll be hankering for another taste. Fortuntately, we know where to find the best local street food dishes, check out our local guide’s post on the Best Streetfood in Chiang Mai.

If you’re looking for something outdoorsy and active to do, Chiang Mia’s Doi Inthanon National Park is home to the highest mountain in Thailand (of the same name), rising 2,565 metres above sea level. The peak is surrounded by a 1,000-square-kilometre national park where you’ll find several scenic hiking trails, twin chedis and waterfalls (most of which are easily accessible from the main road through the national park) amidst vibrant green forest.

Take a cruise in a longtail boat along the Mae Ping River, the main river in northern Thailand and the lifeline of Chiang Mai. You’ll see local life played out on the river banks. Lanterns being released | Photo via Piaxabay

If you can time your visit to coincide with the annual Yee-Peng Festival, you’re in for a treat. The festival, during which thousands of lanterns are released into the sky, is celebrated on the full moon of the 12th month of the Thai lunar calendar (usually in November). There are celebrations all over the city, with the largest usually being at Thapae Gate. If you want to release your own lantern, they are available for purchase from numerous vendors. Just don’t forget to make a wish before you set it free.

Thirsty for more? Check out our local guide Amy’s favourite Things to do in Chiang Mai

Chiang Mai on the big screen

A couple of movies with scenes shot in Chiang Mai include the 2007 Ridley Scott film American Gangster, and No Escape starring Owen Wilson and Pierce Brosnan. Or, for foreign film fans, seek out the Chinese 2012 slapstick comedy, Lost in Thailand. Frequently compared to The Hangover and filmed primarily in Chiang Mai, it’s China’s highest grossing movie of all time and has led to a massive boost in tourism to the city from Chinese fans.

Take a listen to some traditional Northern Thai music to get ready for your trip to Chiang Mai.

Get an overall feel for Thailand before your trip to Chiang Mai with Sightseeing by Rattawut Lapcharoensap, a book of short stories set in contemporary Thailand.