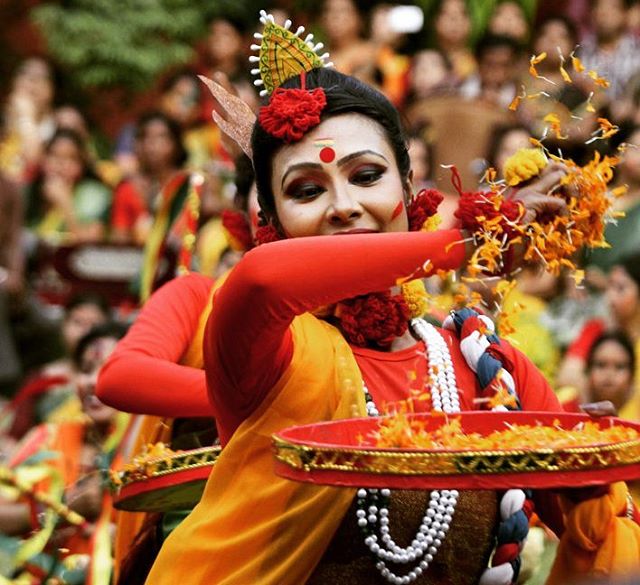 The complete guide to: Kolkata travel

Kolkata is India’s second largest city and is known as the country’s artistic and cultural capital. Formerly Calcutta, the city’s name was officially changed to Kolkata in 2001 (so don’t get confused when you see mention of the former name as you’re doing your pre-trip research!). Filled with temples, monuments, and other important landmarks, Kolkata is also home to some of the best street food in India, so bring your appetite. But while the city can be very in-your-face, don’t let the hectic pulse of it overwhelm you — ease your way in and let Kolkata charm you with its architecture, art, food, and friendly people. Ready to go? Here’s everything you’ll need to know when you get there.

Getting to and from CCU

The best way to get into the centre of the city is by pre-paid taxi. You can find pre-paid taxi counters at the airport’s arrivals level. The fare depends on your destination, but for getting from the airport to downtown, the fare shouldn’t be more than INR 500. The trip can range from 30 minutes in light traffic, to well over one and a half hours during rush hour.

You can also take a taxi to Dum Dum Station (about five kilometres from the airport) and then travel by Kolkata’s Metro to other parts of the city.

The city’s Metro was the first underground rail in India, but still only has a single route connecting the north and south of the city, from Dum Dum to Garia Station. Despite this, it still makes for a good way to get across the city. Trains run every 10 minutes and you can expect to pay INR 5 to 20 depending on how far you’re travelling.

Tuk-tuk-style auto-rickshaws (called autos) operate along fixed-routes throughout the city. These are hop-on share taxis that usually take three passengers in the back and one up front beside the driver. You can expect to pay about INR 6 to 10 for a ride.

Things to do in Kolkata

Head out into the streets of Kolkata and explore some its famous memorials and museums, including Shaheed Minar, Victoria Memorial, and the Indian Museum. Start with Victoria Memorial, a stunning white marble structure dedicated to the memory of Queen Victoria that also houses a museum. The architecture and grounds alone are worth a visit, but the museum is also filled with numerous exhibits housed in 25 galleries, ranging from Indian and Western paintings, to rare photographs and tapestries.

Shaheed Minar, also called the “Monument”, is a 48-metre high tower established in 1848 as Ochtorloney Monument. It was given its current name in 1969, which means “martyr’s tower” in Bengali, to honour Indian freedom fighters. You can climb the monument’s 218 steps to get a panoramic view of the city below.

Kolkata’s Indian Museum is the oldest and largest museum in India, and one of the oldest museums in the world. Here you’ll find over 60 galleries dedicated to art, archaeology, anthropology, botany, zoology, and geology. The museum also hosts special lectures, workshops, and other educational events.

Home to hundreds of clay artists, Kumortuli is a unique neighbourhood in the north part of Kolkata well worth a visit. Here, you can watch artists create clay idols of gods and goddesses, most notably, the Hindu goddess Durga. The best time to go and wander through the narrow lanes, seeing the artists at work, is the lead-up to Durga Puja. Dura Puja is the biggest and most important festival in Kolkata, one that celebrates the goddess Durga, idols of which you’ll see being made in all sizes and colours.

In the mood to shop? Make your way to New Market (originally Sir Stuart Hogg Market), close to backpacker area of Sudder street. This historic area has been around for well over 100 years and is a mecca for shoppers. What might be the busiest shopping district in the region houses a maze or over 2,000 stalls and stores under one roof. There is a dizzying array of merchandise available  here, from produce and spices, to saris, jewellery, and seafood (to name but a few categories of what you’ll find). If you do want to pick up a few things, expect to haggle.

Kolkata street food is something you’re definitely not going to want to miss while visiting. The city is known to have some of the best street eats in the country and some of the best places to find it are in the aforementioned New Market, as well as along Park Street (often referred to as Food Street). Make sure to try some jhal muri, a snack-worthy blend of puffed rice, peanuts, spices, cilantro, and vegetables popular all over the city. Ghugni chaat, another Kolkata favourite, is a mixture of yellow peas topped with vegetables and herbs.

Kolkata on the big screen

Some movies to check out that were filmed (at least in part) in Kolkata include The Waiting City, about an Australian couple who arrive to adopt a child; Lion, which details the life of an Indian man after he’s lost on the streets of Kolkata as a child; The Namesake, about first-generation Indians who have immigrated to the US; and City of Joy, based on the famous book by Dominique Lapierre.

Get in the mood for exploring Kolkata by listing to Moheener Ghoraguli, a 1970s band from Kolkata that’s considered to be the first Bengali rock band. They came out with a folk-style that was deeply personal and social at a time when commercial music dominated the market, offering a new style of music in India that was radically different from what most Indians were used to hearing.

Walking Calcutta by Keith Humphrey and City of Joy by Dominique Lapierre are good books to add to your nightstand before a visit to Kolkata. The first is a traveller’s tale of walking the very non-travelled backstreets of Kolkata — the parts of the old city where tourists don’t frequently visit. The second, which was made into a movie of the same name, explores the caste system, the various religions, and the levels of poverty in the slums, juxtaposed with the wealthier sides of India.