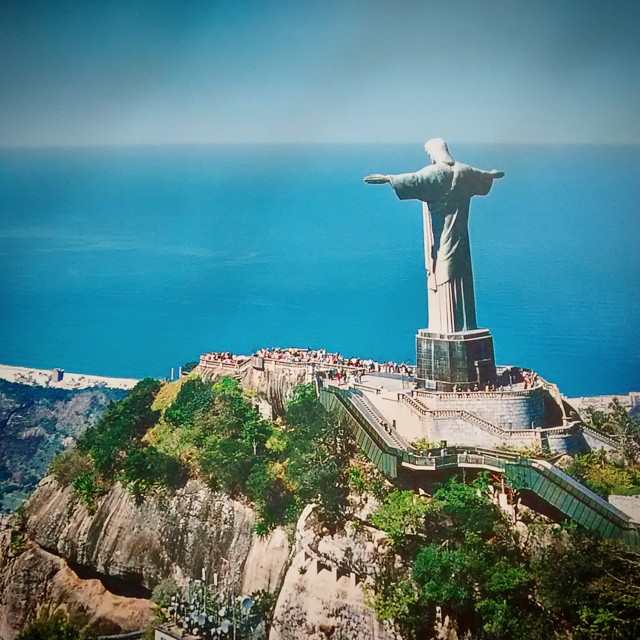 So you’re travelling to Rio de Janeiro — smart choice! This guide will give you everything you need to know about visiting Rio, from getting to and from the airport, to the best Brazilian movies you should see, to the cool local spots you should check out.

Getting to and from GIG

Public transit is an option for getting into the city, especially if you’re headed to Barra da Tijuca (the neighbourhood where the Olympics will take place in 2016). Hop on the Transcarioca Bus right from the international terminal; at Barra’s last stop, grab a cab to reach your final destination. If you are heading to areas such as Ipanema and Copacabana, the public option is the Real Bus, which takes you from the international airport, and drives through both the main bus station and domestic airport before arriving at the beaches area on the southern side. Be aware it only goes along the coast — therefore if you are staying in a hotel that’s not oceanfront, you’ll have to drag your luggage from the closest stop. The cost will range from USD 2 to 5.

Alternately, you can take a taxi into the city. There are two types of taxis: regular yellow cabs, which will cost you about USD 30 to the southern neighbourhoods, and USD 45 to the western side of Rio. There are also radio taxis (they can be green, red, blue, white, or silver in colour), which charge a fixed price depending on the drop-off location. Expect to pay anywhere from USD 50 to 100, depending on where you’re being dropped off. Both types of taxis are available from inside the terminal, and even before you leave the restricted area right after you pass through customs. They’re safe, but avoid accepting taxi offers from independent drivers, even if they’re inside the terminal.

If you’re the type who likes to make arrangements before you arrive, Green Path Transfers is a good option for private transportation from the airport.

Metro: The MetrôRio is by far your best option for getting around the city (of course, that’s assuming you’re staying close to a station — but in general, the southern hotels are all close to a subway stop). The fare is a flat rate of BRL 3.50 (USD 1.50) per trip, regardless of how far you’re travelling, and you buy your ticket from the ticket offices in the metro stations. The service runs from 5am to midnight on weekdays and Saturdays, and 7am to 11pm on Sundays and holidays.

Taxi: Taxis are easily available, and offer metered rates (expect to pay about BRL 40 (USD 14.50) for a ride from the southern beaches to the downtown area). They’re generally safe, but be aware of common scams. Your best option is to book via the Taxibeat or Easy Taxi apps.

Walking: Of course, the best way to see the city is on foot! The southern beaches are safe for walking around, so get out and explore! And while the Lapa area is famed for its raucous nightlife, it’s best to avoid walking the backstreets in that district.

Things to do in Rio

You’re in Brazil, right? So of course you absolutely must watch a football game at Maracanã Stadium. There is nothing locals love more than a good football match, so join the masses and get swept up in the crazy, wild, oh-so-fun atmosphere. Ticket prices vary with the season, but expect to pay about USD 50 per ticket. You can buy tickets year-round at the venue, from the ticketing office.

If you’re more about music than sports, a visit to the Samba rehearsals at Salgueiro is where you want to be. Besides Carnival itself, the Samba rehearsals are Rio’s most honoured cultural experience. You can buy tickets at the venue’s ticket office (prices vary with the season), and your best time to check out the spectacle is from July to February, in the lead-up to Carnival.

And if you’re coming for Carnival itself (and if you are, lucky you!), you’ll want to watch the Carnival Parade at the Sambadrome. Some say it’s the biggest party on Earth, and we tend to agree. It’s a 10-hour show and at true one-in-a-lifetime experience. Six Samba schools parade for 80 minutes each night, with each school bringing over 3,000 participants, all singing non-stop along with gorgeous floats and costumes, led by more than 200 drummers and a full band. You can buy tickets from several different operators, and prices can range from USD 100 to 1,500, depending on your seat and whether you opt for a grandstand seat or all-inclusive box seat. It can be pricey, but it’s also pretty much guaranteed to be the most exciting experience ever!

Looking for more things to do? Urban Adventures offers several day tours in Rio de Janeiro, all led by local experts that will give you a taste for local life in the city:

Santa Teresa Discovery
When you’ve had enough of the sizzling bods and football heroics of the beach scene, join this Rio de Janiero tour which will take you on a retreat up to the classic locale of Santa Teresa for some arts, culture, history, and architecture.

Corcovado and Christ Statue Tour
Visit Brazil’s most heavy hitting icons in one day on this Rio de Janiero tour. This could just be the ultimate, big city travel hack!

Total Rio Tour
Don’t know what to do with a full day in Rio? How does a visit to Christ the Redeemer and a ride on Rio’s last remaining tram sound? Join this Rio de Janeiro tour to see the world-famous diversity of Brazil’s second largest city.

Tropa de Elite (Elite Squad) and its sequel Tropa de Elite: O inimigo agora é outro (Elite Squad: The Enemy Within) are two fascinating, astonishing, and intense films that examine Rio de Janeiro’s notorious favelas. The latter broke Brazilian movie records: the fifth biggest opening in Brazilian history, and the biggest opening for a Brazilian film, as well as the highest-grossing film and largest box office ticket seller in Brazil. No worries if your Portuguese is rusty — it’s possible to find both films with English subtitles. 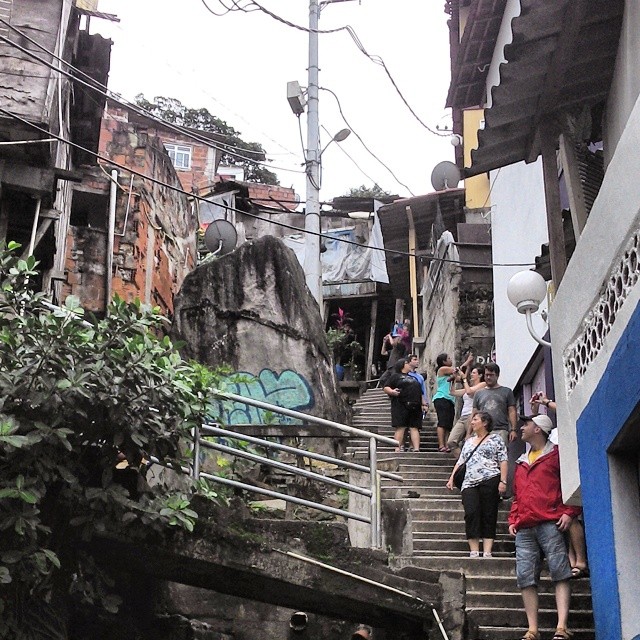 Blast some Bossa Nova! Garota de Ipanema is the best-known Bossa Nova song in the world, and was even recorded into an English version by none other than legend Frank Sinatra.

Brush up on your Samba (and your Portuguese) with Desde que o Samba é Samba. This book explains the origin of the famed Carioca musical style, and puts it into a historical and social context.

Or, for some non-guide-like tips, check out the very non-guide-like guide Rio for Partiers. It’s got the scoop on exclusive local parties, and also gives you a few tips on how to avoid looking like a tourist.

Get social with us

Wanna be friends? You can find us on Facebook and Instagram. We’re always around town posting about our adventures, so if you want to know what’s happening in real time, we’re your guys!

And then, if you want to book more Urban Adventures tours in Rio, go right ahead!