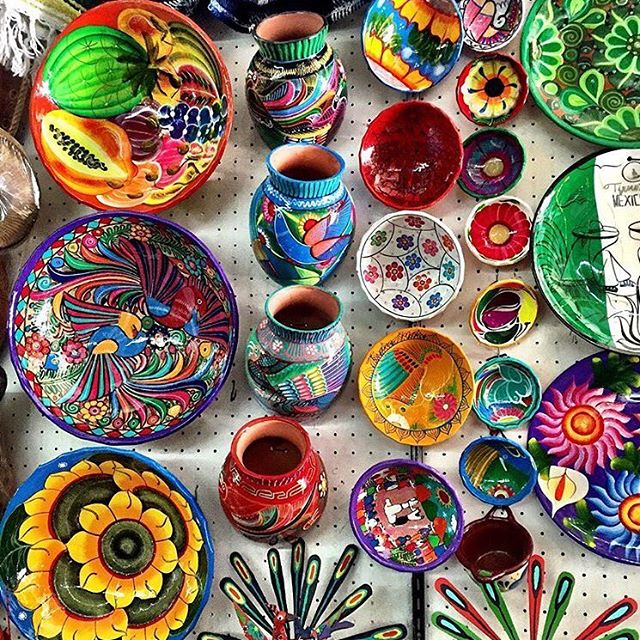 The complete guide to: Tijuana travel

One of the most crossed borders in the world, Tijuana draws visitors in with its nightlife, restaurants, and bars. The city also has a vibrant arts scene and emerging independent arts spaces in Zona Centro. If that weren’t enough, where else can you watch lucha libre and drink some fine tequila?

If you’re planning to hop across the border and visit, we have you covered with everything you need to know about getting around and what to see and do.

Getting to and from TIJ and SAN

You can get to Tijuana from both Tijuana International Airport (TIJ) and San Diego airport (SAN).

Options from SAN include bus and light rail. Cost is USD 2.50 per ride and getting to the border of Mexico from San Diego requires a ride on both a bus and trolly (USD 5 total). Visit San Diego Metro Transit System for more information.

Travelling back to San Diego from Tijuana, catch the blue and white bus from the airport. To reach the bus stop at TIJ, exit the airport and cross the street. The journey costs 5 pesos (less than USD 0.50 per person). Buses from TIJ also service Zona Rio and Zona Centro (downtown), as well as the U.S. border.

In Tijuana, look for white and orange “Taxi Libres” or white airport-union “Grupo Aeroportuario del Pacífico” cabs. Negotiate a price before getting into “Taxis Libres.” All other colored cabs operate on fixed rates.

Only airport-union taxis are permitted to pick up passengers on airport property in Tijuana. However, you can cross the street in front of the airport and catch non-union cabs, which are safe and usually less expensive. Uber is also available in Tijuana.

Taxi: Taxis are available in Tijuana and the price for your fare needs to be negotiated prior to starting your journey. The taxi fare already includes a tip for the driver. Typically, a cab costs between USD 5 and 15, depending on the distance travelled. Catching a taxi in Tijuana is safe. Look for Taxi Libres, usually orange and white. Uber is also available.

Walking: Generally, walking in Tijuana is safe. However, be cautious when walking alone at night. It’s wise to avoid drawing unnecessary attention to yourself and be mindful of your surroundings at all times. While walking can be a good way to see the city, the distances can be time-consuming and if you are only in Tijuana for a short period of time, taking public transit or a taxi might be a wiser use of your time.

Things to do in Tijuana

Tijuana is home to a wide roster of professional sports teams, all of which have either joined the national leagues or won national titles in recent years. Watching local sports, you’ll experience firsthand the passion and intensity of Mexican aficionados (fans), and it’s also an excuse to indulge in traditional snacks and drinks available at sporting events.

For a sporting event you’ll remember, watch lucha libre (masked wrestling). Matches usually happen year-round on Friday nights at the Auditorio Municipal Fausto Gutierrez Moreno. Where else can you watch beefy masked men throw each other about in free-style wrestling?

There’s plenty of other choices for sports-mad travellers. Club Tijuana Xoloitzcuintles de Caliente (known as “Xolos”) is Tijuana’s professional soccer club. Matches take place between July and May. Toros de Tijuana is the city’s local baseball team and they play at the Gasmart Stadium from April to August. Tijuana also has their own basketball team, the Tijuana Zonkeys. They play from March to July at the Auditorio Fausto Gutierrez Moreno.

When you visit, don’t overlook Tijuana’s impressive arts scene. The Centro Cultural Tijuana (CECUT) is the hub of Tijuana’s fine arts scene and the second-most important artistic institution in northern Mexico. Spread over 16,000 square feet, it houses a gallery space, a 250-seat cinema that screens art-house films, an IMAX theatre, a permanent exhibit chronicling the history of the Californias, an aquarium, and botanical gardens. Exhibits rotate every few months. Films screen nightly except on Mondays.

Originally built in 1930, Casa de la Cultura is by far one of the oldest and most important buildings of the city. The cultural centre includes a theatre, library, gallery, café, concert halls, and spaces for art workshops and language classes.

An interactive science and technology museum, El Trompo provides hours of hands-on learning and fun for kids and adults alike. The facilities also include a movie theatre, reading room, and cafeteria, and all signage is completely bilingual.

TJ in China Project Room is an independent art space in Zona Centro that produces, promotes, and multiplies current art and dialogue among what they refer to as “new borders” between Baja, Beijing, and beyond.

If you’re visiting during October, you’ll want to check out the annual Tequila Expo Tijuana, one of the largest celebrations of agave hooch in the land from dozens of tequileros all over Mexico.

Tijuana on the big screen

Want to get in the mood before you visit? Tijuana has been featured in many films. British director Duncan Bridgeman’s 2012 documentary about Mexico’s musical icons, Hecho En Mexico (“Made In Mexico”) makes for a visual odyssey around the country. Tijuana Makes Me Happy is a the coming-of-age tale of a boy who aspires to own a cockfighting rooster and win the heart of a prostitute.

Orson Well’s film noir classic, A Touch of Evil, is to Tijuana what King Kong is to New York City. A babyfaced Tom Cruise plays a typical teenage gringo from 1950s Los Angeles who delves into a chain of comedic Tijuana misadventures in 1983’s Losin’ It. The crime drama Traffic, starring Benicio del Toro and Michael Douglas, delves into the underworld of the illegal drug trade on both sides of the border, including Tijuana.

Who knew Superman loved Tijuana too? Hollywoodland tells the story of a detective hired to investigate the controversial death of “Superman” star George Reeves (played by Ben Affleck).

Tijuana has produced plenty of home-grown musicians. With nearly 100 albums over the past three decades, Los Tucanes de Tijuana are nothing short of legends among fans of norteño, a genre of music to come from northern Mexico that’s best known for its pumping brass and rowdy accordions.

Homegrown icons of the ska-punk wave,  Tijuana No! is best known for their politically charged lyrics about immigration and racial issues along the border. Tijuana native Julieta Venegas kicked off her music career as the singer of ska band Tijuana No! and went on to make six albums, winning five Latin Grammys and one Grammy Award.

The US/Mexico border culture has inspired countless novelists over the years, including  Cormac McCarthy (No Country for Old Men and All the Pretty Horses), Hunter S. Thompson (The Rum Diaries and Fear and Loathing in Las Vegas) and Arna Bontemps and Langston Hughes (Border Boys).

What’s on in Tijuana

To learn more about what’s going on in Tijuana, including information on beaches, hotels, restaurants, and events, visit the official tourism site Tijuana Te Sorprende or Ven A Tijuana.