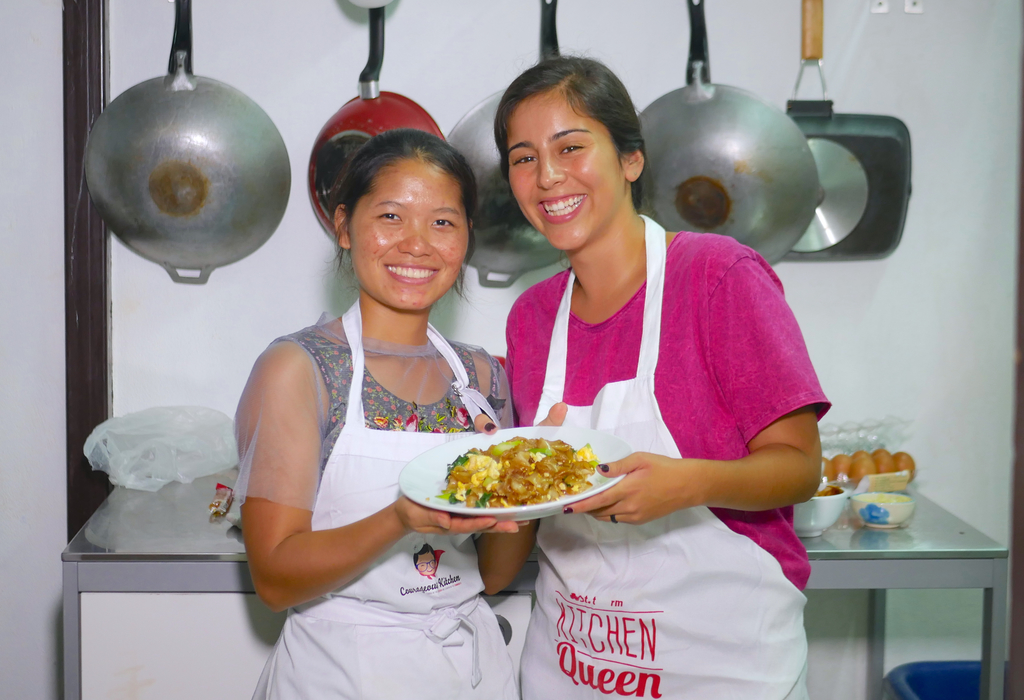 Down an unassuming residential street of Bangkok, Dwight Turner and his colleagues are helping refugee youth to find their way in a country they don’t know.

His charity, Courageous Kitchen, is dedicated to “inspiring marginalised youth through the power of food.” Through cooking classes, dinner parties and other food-focused activities, Dwight and his team train refugee youth in nutrition and food safety, and help with skills-building to aid them in finding future employment. Listen to journalist Carolyne Jasinski’s report on her 2019 visit to Courageous Kitchen with Urban Adventures:

Because Thailand is not part of the 1951 Refugee Convention, the country does not recognise refugee status. This means once refugees overstay their initial entry visa, they are in Thailand illegally while they await their appeals to the United Nations Refugee Agency to be processed — a wait that can last several years. During this time, they cannot work or go to school, and are at constant risk of arrest and deportation if found by authorities. The women who Dwight works with are primarily Hmong minorities from Vietnam, an indigenous group that faces religious persecution and has been targeted as US allies during the Vietnam-American War. He also works with refugees from Pakistan, Sri Lanka and Syria, to name a few.

READ: My cooking class with young women in Bangkok (who happen to be refugees)

An American originally from Atlanta, Georgia, Dwight first arrived in Thailand in 2006 as an ESL teacher; but after doing the typical tourist stuff, he wanted to find something more fulfilling. A friendship with a refugee from China led Dwight to want to seek out ways in which he could help others fleeing to new homes. Helping one family soon turned to five families, until he eventually opened a home for women and children, the majority of whom were in process to be resettled to a third country such as the US or Canada. 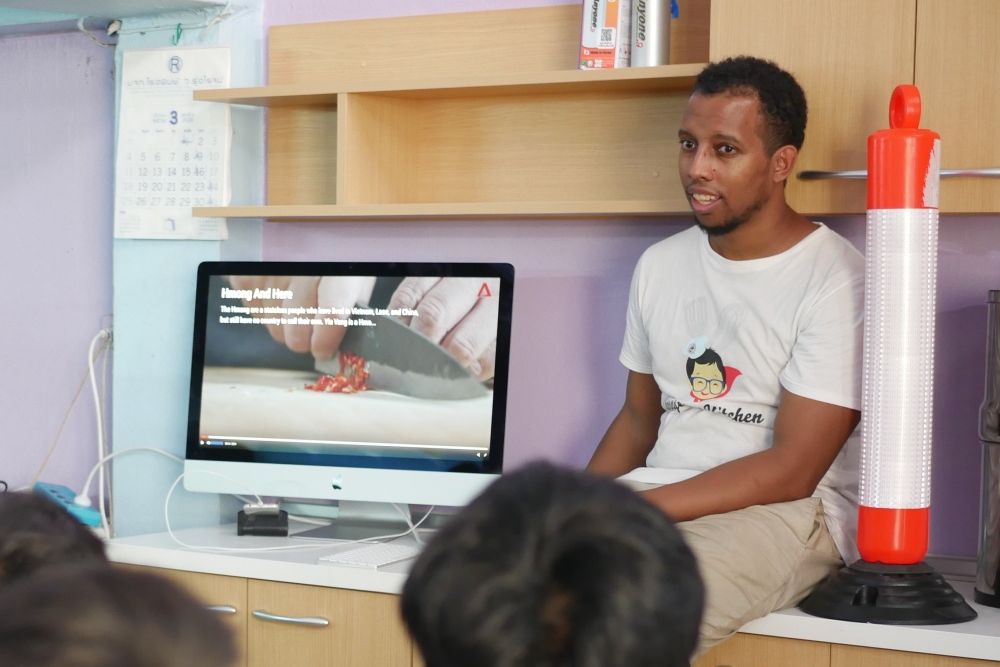 He was appalled by the stories of refugee families arriving in Thailand with nothing, scavenging the markets for scraps just to feed their children, or struggling to care for their elder relatives.

“Bangkok is a food-rich city and it’s shocking to find communities with families who have trouble feeding themselves,” says Dwight. “We want the kids of the community to be healthy, confident and also to have a healthy self-esteem. We conduct cooking sessions with the kids as we believe fun and learning should come first, and use the kitchen as a space to create a safe environment where children can learn the life skills needed to be leaders in their community.”

Today, there are some 40 families who Dwight and his team help with nutrition and emergency services, such as medical bills, housing and legal aid.

“We also conduct cooking classes, pre-school classes, English and other supplementary lessons for over 80 children aged from 3 to 20, both as a way to educate them and to provide them with some form of structure in their lives,” says Nicole Tay, programme coordinator. “As well, [we] make sure the children have access to nutritious food and teach them important life skills for their future.” 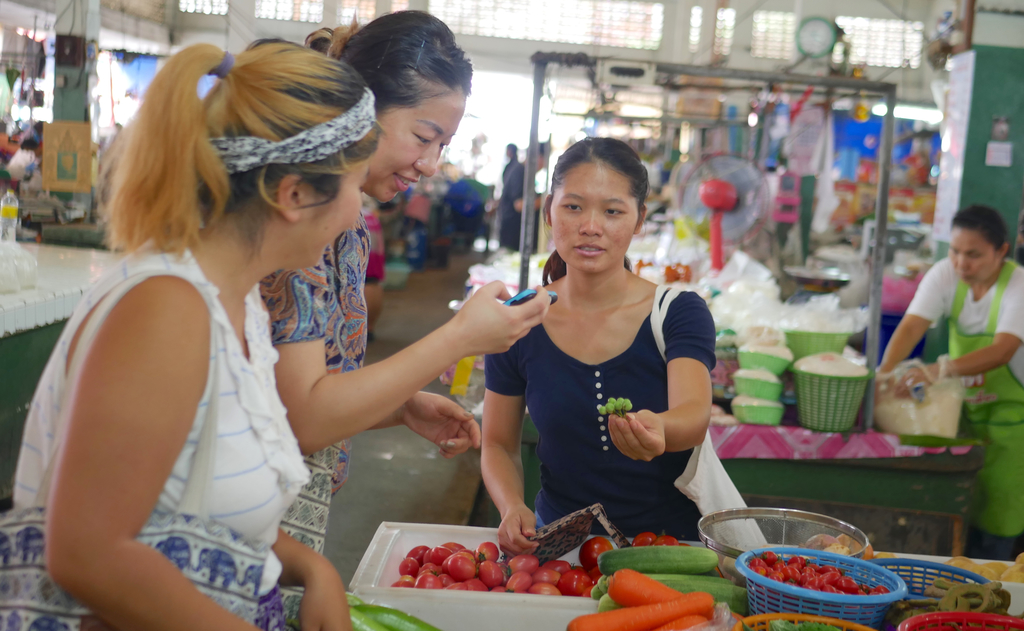 Among those cooking classes are our Urban Adventures Thai Cookery Class experience, in which travellers learn to make typical Thai dishes while meeting the women from Courageous Kitchen and learning about the program. All the proceeds from these and other cooking classes go back into funding the community and the program, including rent, medical bills and food supplies.

Both Dwight and Nicole say the most rewarding part of their work is the growth they see in the students and within the community as a whole. One example Nicole points to is Alina Xiong, a 26-year-old woman from a small village just a few hours outside Hanoi. Despite her proximity to the city, she had never been to Hanoi (or any other big city) until 2012, when her family fled persecution, on foot to Thailand. The harrowing journey came with tragedy — her older sister was kidnapped and is believed to have been trafficked to China. Once Alina and her family arrived, the language and cultural barrier made the transition even harder, and Alina had to take on any work she could find so she could support her family of seven.

Alina eventually found Courageous Kitchen, and now supports her family by working there, where she conducts Thai cooking classes for tourists and hosts dinner parties for guests. The profits from these activities go towards helping the Hmong refugee community that she belongs to in urban Bangkok. 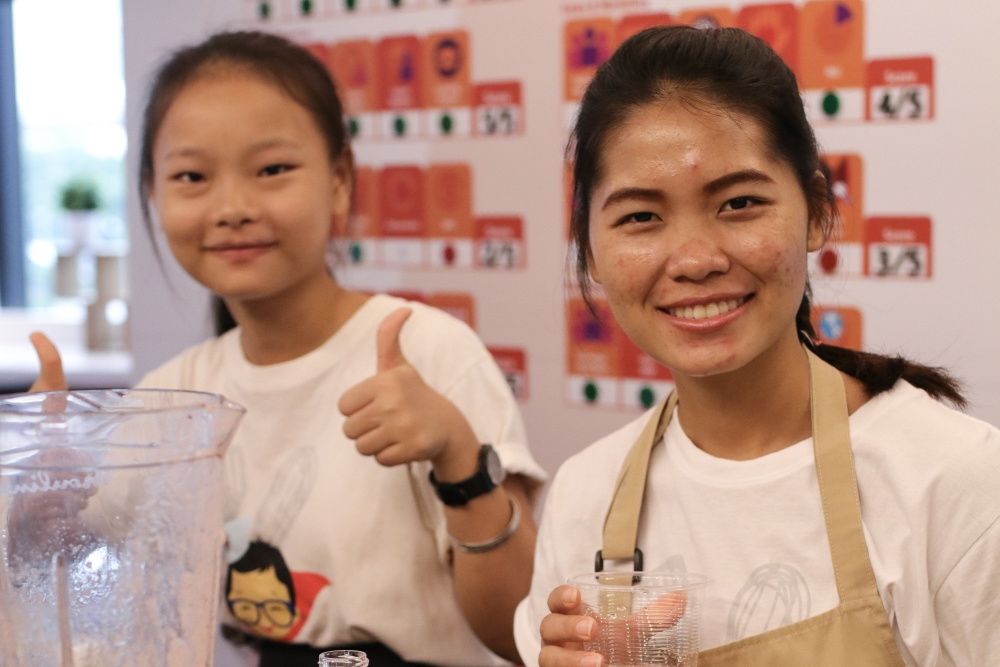 Through hosting classes, she continues to build her self-confidence and self-esteem, and is considered a model of strength and perseverance in her community; she hopes to be a role model to other Hmong girls as well.

Stories like Alina’s are the future of Courageous Kitchen, which Dwight hopes to grow into an organisation whose mission to use nutrition as education, vocation and confidence, resonates with people from all walks of life.

For anyone who wants to do their part to help marginalised communities, Dwight’s advice is to embrace the struggles that will come with it. “Think big, start small, work local,” he says. “The world still needs people who are willing to get dirty with complicated problems.”