Blog > The Cuban cocktail that can help save the planet 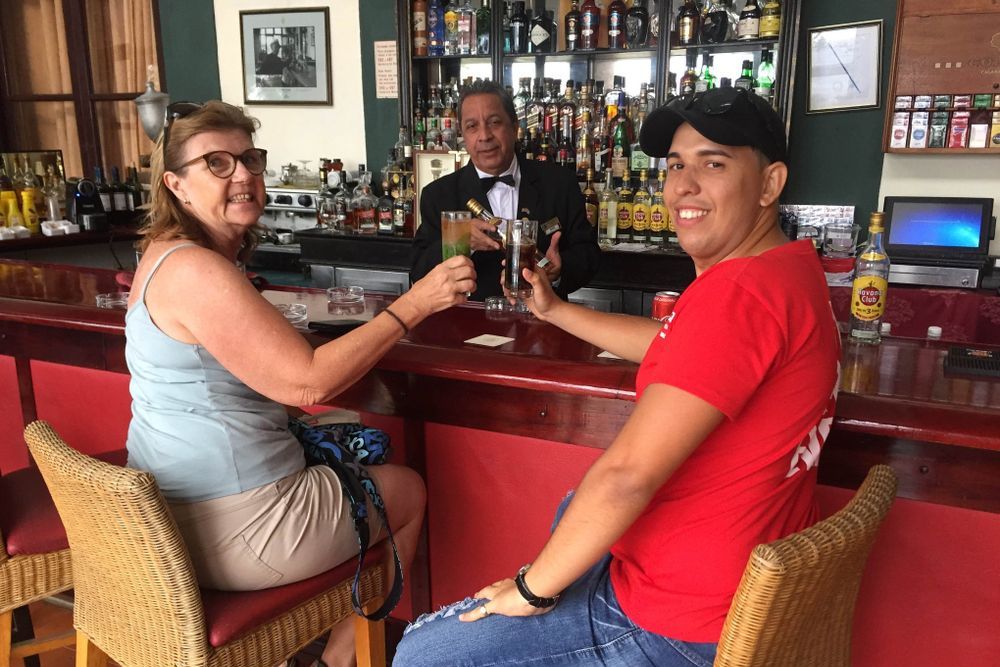 The Cuban cocktail that can help save the planet

If you’ve ever ordered a cocktail anywhere in the world (like, say, a mojito in our city of Havana), it’s probably come with a plastic straw. But did you know that many cocktails actually taste better when drank without a straw?

The ‘mafia mojito’ is a lesser known (but more delicious!) version of the iconic Cuban drink, It was born as a way to make the classic mojito stronger, to appeal to mafia members’ tastes. A dark añejo (aged rum) was added to the classic white añejo, both of them from Havana Club’s collection, of course. The result was a richer, stronger-tasting mojito but without changing its basic concept.

A mafia mojito is made exactly like the regular mojito, but with the dark añejo poured on top of the regular mojito mix. It’s presented almost like a kind of ritual, making the moment — and the cocktail — a bit more special. The two rums mix at the top of the glass, and that first taste is far better without a straw than with one. That’s because your first contact with the drink is the two rums mixed with the other ingredients. When you drink a mojito with a straw, you instead first get the sugar at the bottom, and don’t taste the rum until the cocktail is almost finished.

I can guarantee you that almost every Cuban would rather have their drinks without straws for this same reason: to experience the true flavour of the drink, not just the ingredients at the bottom of the glass.

But of course, the best reward for refusing the straw is to help preserve our planet. Some 500 million straws are used every day in the US alone, to then end up in landfills or our oceans. Last month, our Havana Urban Adventures team ran a #nostraw campaign on all of our tours. But there’s no reason we have to limit the movement to just one month!

So the next time you order a cocktail, say no to a straw. Not only will you be helping the planet, you’ll also be ensuring your drink tastes the way it was meant to taste.

Classic cars and cool cocktails sum up Cuba so well that we’ve married them together on this Havana classic car tour straight from the mid-century.

What lockdown has been like in Havana
Lonely Planet Best in Travel 2020: What not to miss according to locals
The 10 Most Romantic Tours in North America
Where to watch Euro 2020 in London
9 ways to be a plastic-free traveller