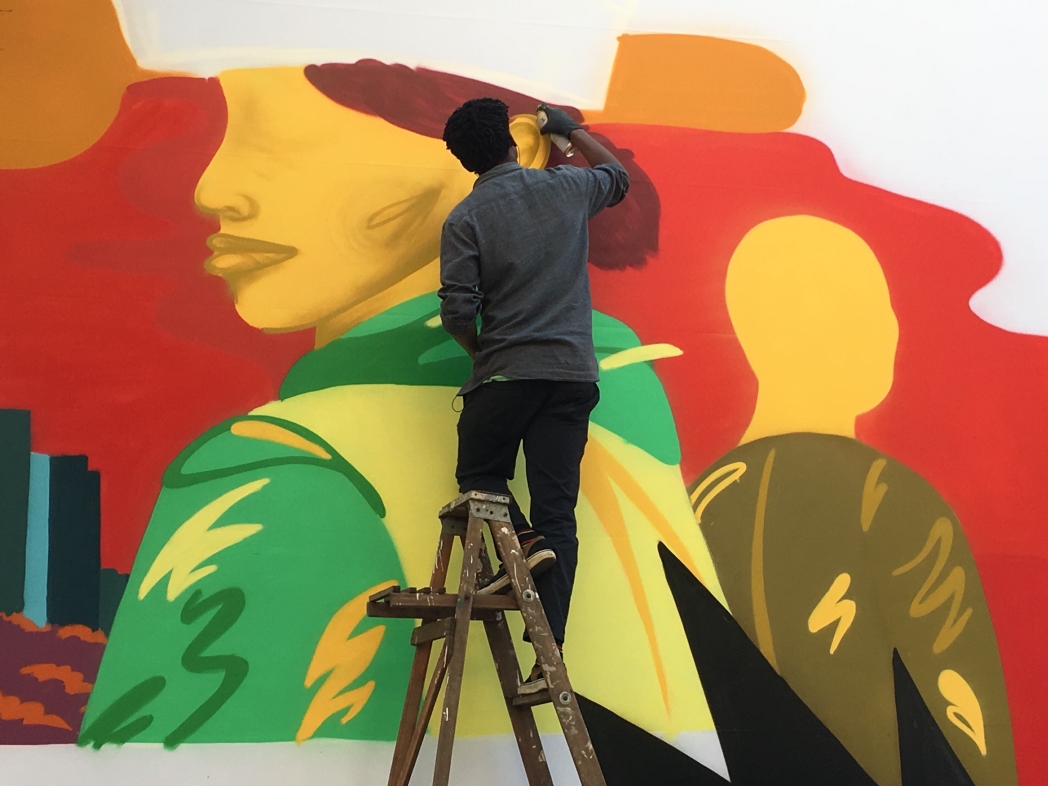 Discovering Johannesburg, a city of contrasts

Rachel Stuckey
Destinations
Local Life
Things To Do In

Johannesburg is a city of contrasts. South Africa’s commercial center—and one-time gold rush boomtown—is a sprawling city of both immense wealth and extreme poverty. While apartheid-era townships are transitioning into middle income communities, there are still many informal settlements of shacks that lack water and electricity. The leafy green suburbs of shopping malls and luxury cars north of the city are the polar opposite.

Johannesburg is also an immensely walkable city, with sidewalks and pedestrian signals on even the busiest of roads. Unfortunately the long history of security concerns and class divide keeps people of means in their cars. And Johannesburg’s sprawl makes walking an impractical way of getting around, which keeps tourists in the ubiquitous white tour vans.

That’s why Urban Adventure’s Jozi by Foot tour of the infamous city center or CBD, is a perfect way to get a different perspective on the city. Our guide Divan is eager to confound his client’s expectations of big, bad Johannesburg, and show us a city on the way up: “In five years, we’ll be a world-class city!”

Our major stop is a trip up to the Top of Africa—the 50th floor of the Carlton Centre. It should be the number one attraction for any curious traveller’s visit to the city—but on a Saturday afternoon, the viewing deck is virtually empty. The only other visitors are one or two locals on an afternoon activity with their kids.

It often seems as though most tourists to Johannesburg are stopping off on their way to Victoria Falls or Kruger National Park. The hop-on, hop-off bus is popular with those passing through, but Divan explains that bus passengers rarely get off here at the Carlton Centre.

That’s partly due to the city’s security reputation. But it’s also due to the city’s dearth of tourism infrastructure. Even if I had ventured downtown on my own, I doubt I would have found the ticket office for the Top of Africa without Divan showing the way. And even though we can see the whole metropolis of Jo’burg spread out around us, we need Divan’s help to point out the sights and put everything into context.

To the east is the historic Ellis Park rugby stadium, where Mandela endeared himself the Rainbow Nation’s president at the 1995 Rugby World Cup final—a moment captured by Matt Damon and Morgan Freeman in the movie Invictus.

To the south is the Turffontein Racecourse, which is also the site of the lesser-known Turffontein concentration camp. In the second Anglo-Boer War (1899–1902), the British forces set up refugee camps for displaced women and children that quickly became concentration camps as the conflict continued. Conditions were very harsh, with disease and malnutrition killing an estimated 28,000 Afrikaners (most of them children), and another 20,000 Blacks in camps around the country. It’s believed over 700 died at the Turffontein camp near Johannesburg.

In the southwestern distance are the mine dumps—mounds of yellow tailings that separate Soweto from the rest of the city. These dumps block the view of the city from Soweto, creating a physical barrier to mirror the township’s social and economic separation under Apartheid. These dumps continue to pose a health threat to the people of Soweto and the rest of the Jo’burg.

To the west is the six-story Markham Building—the tallest building in Johannesburg when it was completed in 1897. At the time, it was called Markham’s Folly, as it rose high above the rest of the city and sported a huge imported clock tower. Divan tells us that Jozi’s early residents worried it might sink into the ground due to its colossal weight! But it’s still standing, surrounded by Apartheid-era office buildings.

To the north in Berea is the iconic Ponte City Apartments—the highest residential building in Africa, with a unique open core. The cylindrical tower is best known today for the Vodacom advert that circles its roof. A sought-after address when it was first constructed in 1975, Ponte fell to urban decay in the turbulent late ‘80s, but is now being reclaimed and redeveloped with event space and community initiatives.

Also visible to the west is our next stop, Gandhi Square—a tribute to the man who introduced passive resistance to the world. Mahatma Gandhi practiced law in Jo’burg and helped organize the Indian civil rights movement in South Africa before returning to India in 1915.

The bustling plaza features a statue of the young lawyer, as well as a busy intercity bus terminal and the Gandhi Mall. Formerly known as Government Square, and later Van Der Bijl square, this urban space fell to urban decay. Like must of downtown, redevelopment began in the 1990s and Gandhi’s statue was dedicated in 2003. Not sure how Mahatma would feel about the site of his former law offices becoming a shopping center in his name, but as a symbol of a new democratic South Africa, it seems quite fitting.

We finish the tour with a visit to Maboneng—which has all the social enterprises, cafes, secret bars, multicultural food offerings, and street art (with street artists at work) that you would expect from the coolest neighbourhood in Jo’burg’s city center.

The Neighbourgoods Market in Braamfontein | Photo by Rachel Stuckey

A Sunday Jozi by Foot tour includes a bonus visit to Maboneng’s Sunday Market on Main. If you join the tour on Saturday, your bonus is a special stop at Braamfontein’s Neighbourgoods Market. These two city center hotspots are popular with local tourists rather than the international set en-route to their safaris. With artisan products, clothing, jewelry, crafts, and plenty of food and drink options, these markets are the place to be on weekends in Jo’burg.

Because it’s Jo’burg, our walking tour began with a series of hotel pick ups in one of the white vans that are the mainstay of tourist transport in South Africa. Divan used our drive time to share his local knowledge about all the comings and goings of Jo’burg society—from car guards and shared taxis, to the recycling entrepreneurs, abandoned buildings, and neighbourhoods in transition.

However, unlike other tourist operations, Urban Adventures eventually parks the van and continues the tour on foot, as advertised. But just like the city it showcases, Jozi by Foot is a tour in transition. Divan tells us that Urban Adventures hopes to soon lose the tourist van and make use of the great public transit legacy of World Cup 2010. Instead, travellers can meet at the 6-meter statue in Nelson Mandela Square in Sandton—the richest square mile in Africa—and travel together to the CBD on the Gautrain. Once downtown, the tour will use the city bus to move between its downtown destinations, making Jozi by Foot the ultimate local experience.

What to Buy in Sydney
Where to watch football in Vienna
The Street Food 50 list for 2020 has arrived!
Lonely Planet Experiences powered by Urban Adventures are here!
11 Most Romantic Tours in Europe