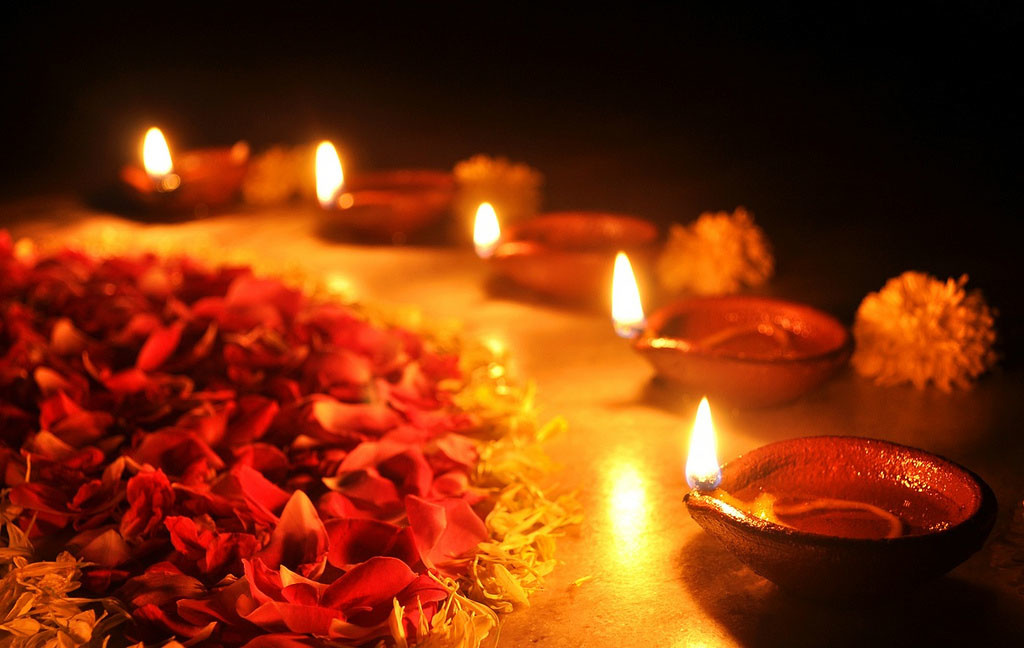 The celebrations of Diwali are held at a huge scale in India. With the neighbourhoods lit up with bright oil lamps, candles, earthen lamps, and fairy lights, this auspicious moonless night is celebrated with much fervor and enthusiasm. No matter which part of India you are in, you’ll find locals doing Diwali! But while the celebrations are widespread, there are different kinds of ritualistic practices that vary from culture to culture and city to city. Though Diwali is the commemoration of Lord Rama’s return from his exile after 14 years, not all parts of this colourful country adhere to this theology. Here are some of the lesser known variations of the Festival of Lights.

In the state of Tamil Nadu and capital city of Chennai, the festivities are associated with the bursting of crackers at dawn. People take a traditional bath that consists of fragrant pepper, betel leaves etc., after which, new clothes are worn and a tonic called ‘Deepavali Lehiyam’(traditional medicine) is consumed as a precursor to the feast ahead followed with the bursting of crackers. Most Tamilians celebrate the death of Narakasura, a feared demon, who was killed by Lord Krishna.

In Kolkata, the day of Diwali is revered as Kali Puja. Goddess Kali is believed to be an avatar of Goddess Durga. People congregate in the neighbourhood, usually to feast on a sacrificial goat. Later, prayers and rituals commence and celebrations last till midnight. Homes are decorated with traditional rangoli made with powdered rice and diyas (oil lamps). The Goddess is welcomed with enormous fireworks.

Amritsar, the city of the Golden Temple, gets drenched in celebrations, fireworks, and lights. The Golden temple is gracefully decorated with colourful lights. The shimmering holy waters give glimpses of divine devotion that one can feel in the air. Diwali is celebrated on a grand scale because the sixth guru of the Sikh community, Guru Hargobind Sahib, was released from the prison on this day. He was unjustly imprisoned by Emperor Jahangir for his beliefs and principals. The entire complex of the Golden Temple is draped in lights and is quite a sight to behold.

Somewhere in the thick of all the cultural and religions, architectural and devotional aspects of India, lies a religiously cultural and the spiritual capital of India: Varanasi, also known as Benares or Kashi. The Ganga Mahotstav held each year is an occasion celebrating India’s rich and thriving cultural heritage. A unique festival that not only promotes tourism in the city, but to also the Indian culture, dance, and music is showcased on huge scale. Held on the busy banks of the holy Ganges, the celebrations includes recitals of Indian music. Beautiful evening Aartis are performed to the vedic chants, while the mesmerising ceremony of Dev Deepavali takes place. Millions of oil lamps are lit and placed on the ghats of Varanasi and also floated in the river.