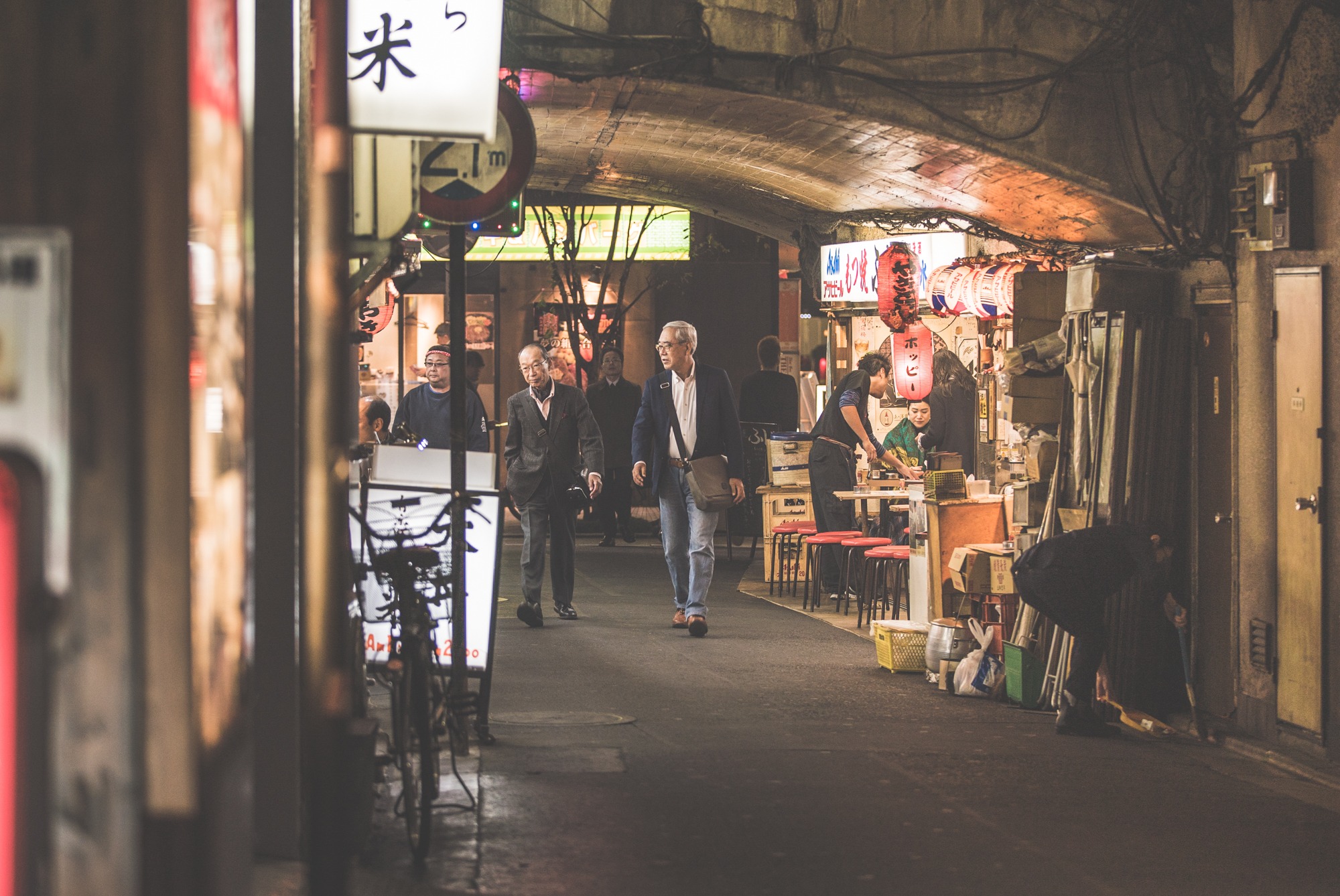 One of the many alleyways of Tokyo | Photo by Ben McNamara

When it comes to Japan, many people think of Tokyo as the ultra-modern capital and Kyoto as the ancient one full of all things traditional. But what many people don’t know is that behind Tokyo’s tall buildings and neon lights are little pockets of former times living on despite their changing surroundings. You’d be missing a huge part of Tokyo’s eclectic heart if you miss them.

What I’m referring to are yokocho, traditional-style alleyways lined with tightly packed bars with a maximum capacity of 4 to 10. Most of the city’s yokocho are from post-WWII times, when they sprang up largely as black markets.

Today, these alleyways are nostalgic windows into the Showa Era and post-war Tokyo in a growing and chaotic metropolis. It’s where you can get shoulder-to-shoulder with the regular folk of the city and indulge in cheap drinks and snacks, while feeling like you’re in on a delicious little secret just out of sight of the main thoroughfares.

So let’s make a turn into Tokyo’s back streets and check out five of Tokyo’s most interesting alleyways.

Just a stone’s throw away from Shibuya’s famous scramble crossing, you’ll find the entrance to a completely different world by the name of ‘Nonbei Yokocho.’ Nonbei is slang that derives from the Edo Period (1603-1867), meaning a drunk or someone who loves drinking, hence the name ‘Drunkards’ Alley.’ (Tip: Explore Tokyo at night on this epic 3-hour tour.)

This alleyway began during Japan’s rebuilding phase after WWII. First it was one bar, then another popped up next to it, and soon there were 40 bars lined up along two parallel streets. Most bars here can accommodate an average of five people. One of the most popular is Enoki, where there are eight stools downstairs, and eight in the attic upstairs (if you don’t mind climbing the ladder and picking up your own food and drinks). Given the small size, there’s an unspoken understanding that patrons don’t spend all night here; up to two hours is acceptable.

‘Omoide Yokocho’ is another product of post-WWII, when Shinjuku West became a transit hub and black market. With goods in short supply, many items were highly controlled by the government, therefore leading locals to set up carts and shops selling unrestricted items they could get their hands on, namely animal innards.

Until a fire that ravaged the alley in 1999, there were no toilets, leading to the name ‘Piss Alley.’ It’s now been rebuilt with bathroom amenities and renamed ‘Memory Lane’ but its former name still sticks, as does the bold menu of its post-war beginnings.

If you’re feeling adventurous, head to Asadachi for delicacies like pig testicles, grilled salamander, and frog sashimi. But rest assured that there are plenty of more standard yakitori (skewered meat) and noodle shops to go along with your sake. Despite modern buildings like the Carrot Tower changing the area’s landscape over recent years, the neighborhood of Sangenjaya retains a long history. It was a popular stop on the pilgrimage to Mt. Oyama in the Edo Period, where one could stop at one of the three tea houses here to refuel along the journey, earning it the affectionate name of ‘Sancha’ — literally ‘three tea houses.’

After WWII, Sancha’s ‘Sankaku Chitai’ or ‘triangle area’ developed as a black market with hole-in-the-wall establishments selling everything from cheap eats to beauty accessories. Sankaku Chitai remains a maze of tiny alleyways and, along with traditional style stops, is now also accompanied by trendy ethnic eateries and organic health stores.

Head to the Nagasaki noodle shop for its famous chanpon (a mixture of fish, vegetables, and meat), stewed pig intestines, or fried rice. For those looking for a modern pick-me-up, pay a visit to Yakushu Bar where they serve up “beauty” concoctions flavored with lemongrass, goji berries, and ginger, said to fight tiredness.

‘Golden Gai’ in Shinjuku’s “rougher” Kabukicho district is one of the city’s most popular watering holes. Here you can find around 270 den-like drinking establishments across two-storeys and six inter-connecting alleyways, all crammed into nothing more than the space of one city block.

While most of Tokyo’s yokocho can be found by railway tracks, this one has to be one of the farthest from a train station, and there’s a reason for it. Bars popped up here in 1950 when Shinjuku’s disorderly post-WWII black market was relocated by occupation authorities.

It’s now one of the city’s most popular attractions and is often packed with locals as well as tourists wanting to get a taste of the area’s nightlife. Do keep in mind that cover charges tend to be quite high ($12 per person is the norm), making bar-hopping less practical here than some of the city’s other alleyways, so be sure to do a loop first before deciding on where to settle in.

‘Harmonica Yokocho’ in Kichijoji got its name from its two-storey buildings that resemble the mouthpiece of a harmonica. It’s a maze of alleyways with a mix of traditional stores and modern-day shops. It’s also one of the few yokocho where I’d recommend going during the daytime as the wide selection of shops means that it’s a popular spot for locals to pick up daily essentials and wandering around gives you a real neighbourhood feel.

If you have a sweet tooth, you might want to check out the alley’s famous sweet shop, Ozasa. Its special yokan (bars of jellied sweet red bean paste) known as Maboroshi no Yokan (meaning ‘legendary’ or ‘rare’ yokan) are only sold at this store and are limited to 150 pieces a day, with a limit of three per person. To be one of the lucky few, however, you’ll have to line up before dawn (sometimes people start lining up as early as 2am!) and receive a numbered ticket at 8:15am, before returning from 10am to exchange it for your sweet treats. Each yokan costs about $6.

Bonus: A morning market is also held at the alley on the third Sunday of each month.

Tokyo’s vibrant food culture is legendary, and is one of the many reasons why people flock to the Japanese capital. On this Tokyo tour enjoy the food culture of Tokyo from an ordinary businessman’s perspective, as well as the tradition of foods in everyday life of Tokyo.