Blog > El Rincon Que No Conoces: The Lima restaurant you need to know 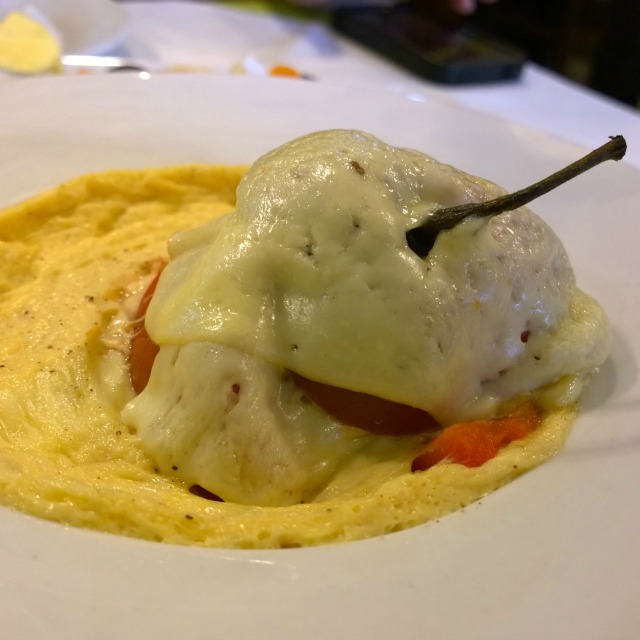 El Rincon Que No Conoces: The Lima restaurant you need to know

It’s a truth universally known among travellers that everyone wants to find the place no one knows about. We want to eat where no one’s eaten, drink where no one’s drank. It’s a fact that the owners of El Rincón que no Conoces must know, because the name of their Lima restaurant translates literally to “The Corner You Do Not Know.”

But it seems they weren’t targeting travellers with their savvy naming, but locals — because when my travel mate, Rachel, and I arrived, we were the only gringas in the place. 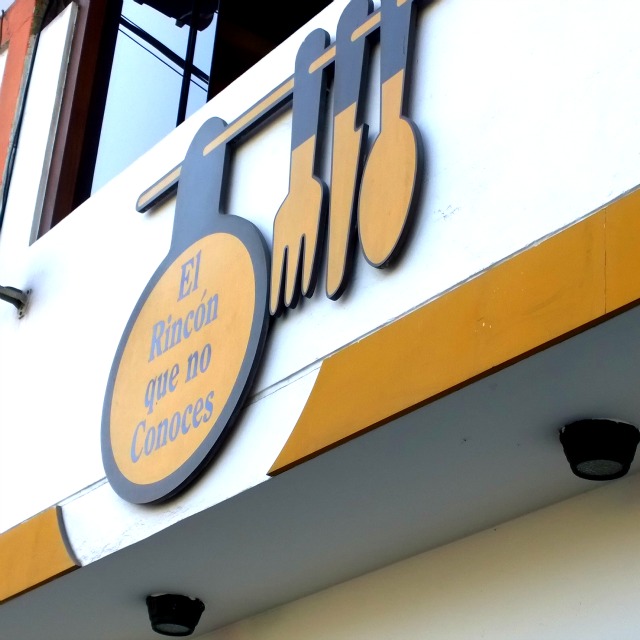 The restaurant had been recommended to us by a friend of Rachel’s who grew up in Lima. Before we came, she had armed us with a hit list for our three days in her hometown, before we would venture inland on Intrepid’s Sacred Land of the Incas tour.

We had already had breakfast at her suggested Cafe Haiti in Miraflores, where Peru’s politicians, writers, artists, and people-about-town used to hang. Later that night, we had plans to wander Parque de la Reserva to watch the Magic Water Circuit light show. But it was lunch at El Rincón that we were most excited about, because, let’s face it, another universally known truth about travellers is they want nothing more than to eat as much as they can in places where no one speaks English.

Armed with our elementary Spanish skills and Rachel’s dictionary, we approached the menu like a school assignment, translating word by word and flagging dishes we wanted to come back to. We spied the massive platters being served all around us and made mental notes, one of which was to inquire about the jugs of purple juice at every table (which we would later realise was Peru’s famous chicha morada — hey, we were still new).

A waiter took pity on us and found the only staff member who spoke any English, a sweet woman who ever so patiently walked us through each dish, including their famous tacu terre. No one may know the corner, but everyone knows the tacu terre. A twist on Peru’s traditional tacu tacu (a fried mix of beans, rice, plantain, and chilli), the tacu terre involves deep-frying it all into a crunchy ball of goodness that collapses into a gooey mess on your plate when you cut it open.

Of course we ordered two.

We also dug into appetisers of papa a la huancaína (potatoes in a spicy cream sauce similar to hollandaise and topped with queso fresco) and rocoto relleno (roasted red peppers stuffed with marinated beef and smothered in queso fundido). We had ordered entirely too much food for two people, but we didn’t care — we would eat every last bit. And, really, we were just following the locals’ lead, since every table around us had platters covering every bit of free space. One table over, two men were tackling plates of tacu terre, ceviche, paltas rellenas (stuffed avocados), and more, with a gusto that made me think this meal was the highlight of their week. I eyed their avocados with envy (in the short time I had been in Lima, paltas rellenas had already become my favourite of Peruvian plates), but a stuffed avocado was the last thing my stuffed stomach needed.

Still, by the time dessert came around, I was very (and I mean very) tempted by the churros that I saw being delivered to other tables. Churros — those crispy, deep-fried, sugar-sprinkled treats that are served from street stalls all over Latin America — are my weakness. My eyes widened so much that a server, carrying a plate of churros past our table, laughed and gestured that he’d get me some, too. I shook my head. No. It made me sad, but I couldn’t do it. Instead, I promised myself I’d get one from a vendor in Reserva Park, after I had walked off at least a few bites’ worth of all that creamy, carb-loaded cuisine.

We pushed ourselves away from the table and thanked the kind staff who had treated us like personal guests, not simply as customers off the street. The food was incredible, the servers were wonderful, and the fact that we had found a place so few travellers seemed to know about made it all the better. You may not know the corner, but you should.

El Rincón que no Conoces is located in the Lince neighbourhood, about a half-hour walk from the Circuito Magico del Agua — making the two a perfect pairing. (And trust me, you’re going to appreciate the walk after stuffing your face with so much stomach-filling deliciousness. I was full for the next four days. But yes, I did still get my churro in the park.)