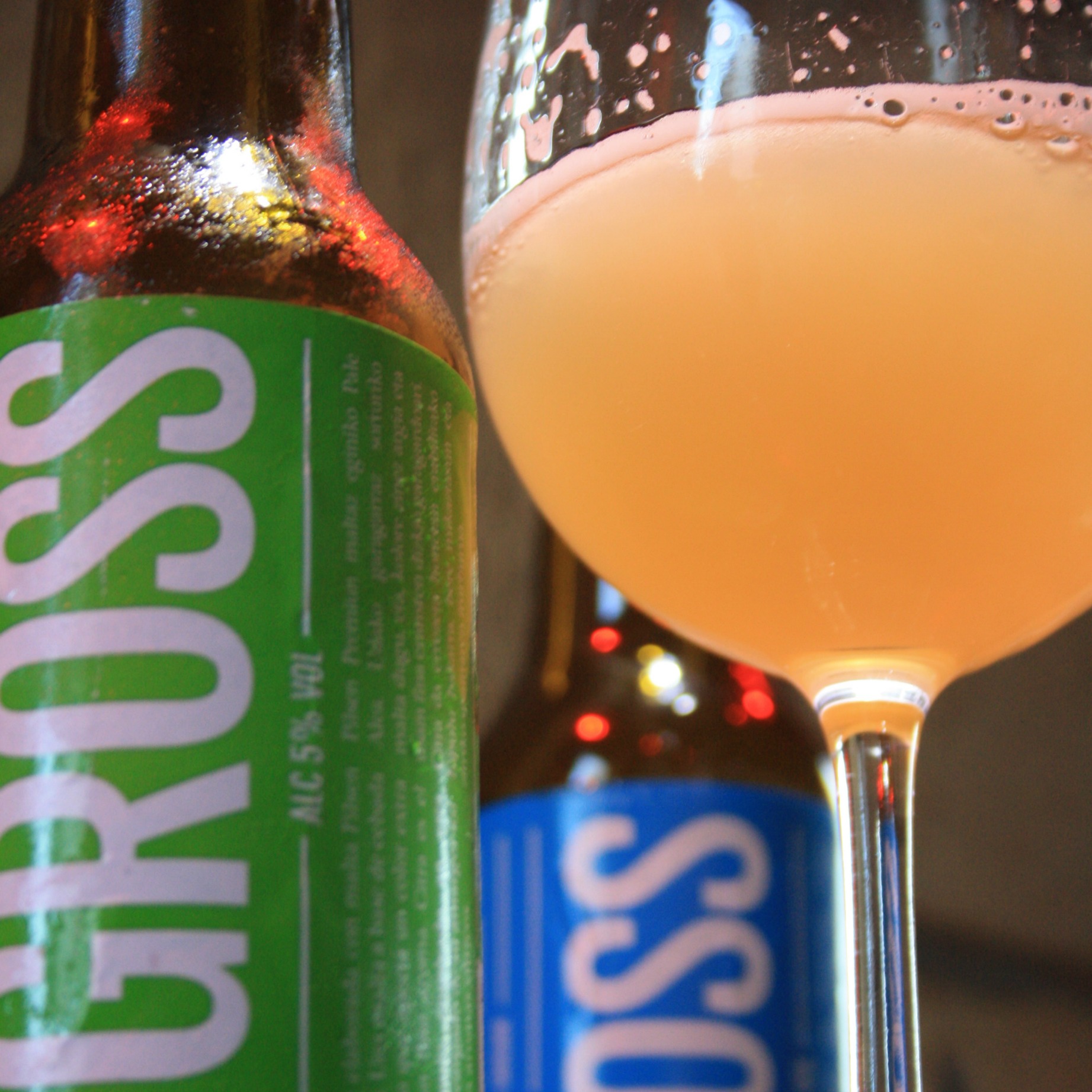 Let’s say you’re looking for a place to go in San Sebastián that’ll show you a bit more of real life — while still being close to the city centre. And you want great food and even better pintxos. And you’re also looking for the best place to surf. And you’re tired of Rioja or Txakoli wines, and instead are in the mood for good beer in Basque Country. Where should you go to meet all these wishes? The answer: Gros(s).

Gros is a neighbourhood in San Sebastián, as well as a local beer (just with an added “s”: Gross). And, naturally, this artisanal beer of Gross is designed in the district of Gros.

Gros is a late 19th century neighbourhood built in the marshes and sandy areas of the right bank of the river Urumea, just in front of the Parte Vieja (old town). Visitors arrive by crossing the Kursaal bridge — a bridge that you could say often marks the direction where non-beaten tracks will take you in San Sebastián. After the great fire that destroyed the city in 1813, and with the need to make the city bigger in order to accommodate industry and a growing population, it was decided that the city should expand across the river. In 1894, architect Tomás Gros started planning the new streets and facilities in this new land along the sea.

Here are some of the top things to do in Gros, a district so close while feeling so far from the beaten Old Town. While La Concha Bay (and her beaches La Concha and Ondarreta) is primarily peaceful, don’t let that serenity fool you. There’s power in San Sebastián’s waters. The island of Santa Clara in the middle of the bay offers protection from the ocean’s waves, making the old town beaches a mellow experience. (Note that this is also where the fishing district is, in a safe place where wind and waves won’t wreak havoc.)

But for those who love powerful waves, La Zurriola Beach in Gros is the place to go. There are surf schools for those just learning the sport, while those who are experts can come out when one of the many national or international competitions are taking place on Zurriola’s shores. Yes, we know pintxos are EVERYWHERE in San Sebastián, but some bars in Gros are simply the masters at it. You’re not just getting food here — you’re getting miniature, edible art! Don’t believe us? That photo above is of the Guggenheim museum, in edible form. (If you’re hungry at the thought of these delicacies, check out our Grab Your Pintxo tour!) One of the most interesting buildings in San Sebastián is in the Gros district — the Kursaal Congress Centre features two glass cubes, meant to imitate beach rocks and “emphasize the harmony between the natural and the artificial”.

But perhaps the best reason to visit Gros is to appreciate how food, bars, and social activity are so important to the Basque people. And what better way to experience all that firsthand than with a locally brewed beer?

Some may be surprised to learn that the San Sebastián area has long been a beer producer. There’s a Keler brewery in the Antiguo district, on the other side of San Sebastián.

However, Gross beer is the new brew on the market, and has a completely different character than the competition. Its creator, Andoni Galdós, has stated in several interviews that Gross is not just artisanal in production (relying on the best water, barley, hop and yeast), but also in its expansion — or lack thereof, as there are no plans to expand. Galdós has said that making Gross available around the globe is not his aim. Gross is to be consumed locally. Sending any product to other destinations inevitably increases the price because of transportation costs, and Galdós firmly believes people should pay for the product, not the transportation. After all, he says, other cities have other local breweries, so when you travel, you should try the beer from that place. As Gross’s motto says, “Drink local and fight global.”

Brew Gross’s flavour research is done in the district of Gros, San Sebastián, with production in Berriozar, close to Pamplona, a one-hour drive from San Sebastián. At the moment there are two flavours available: an amber ale and a refreshing citra ale — both perfect for after a day of surfing or hiking.

Want to discover more hidden gems in San Sebastián? We’ve got you covered!