Blog > How to make Indian masala chai from scratch 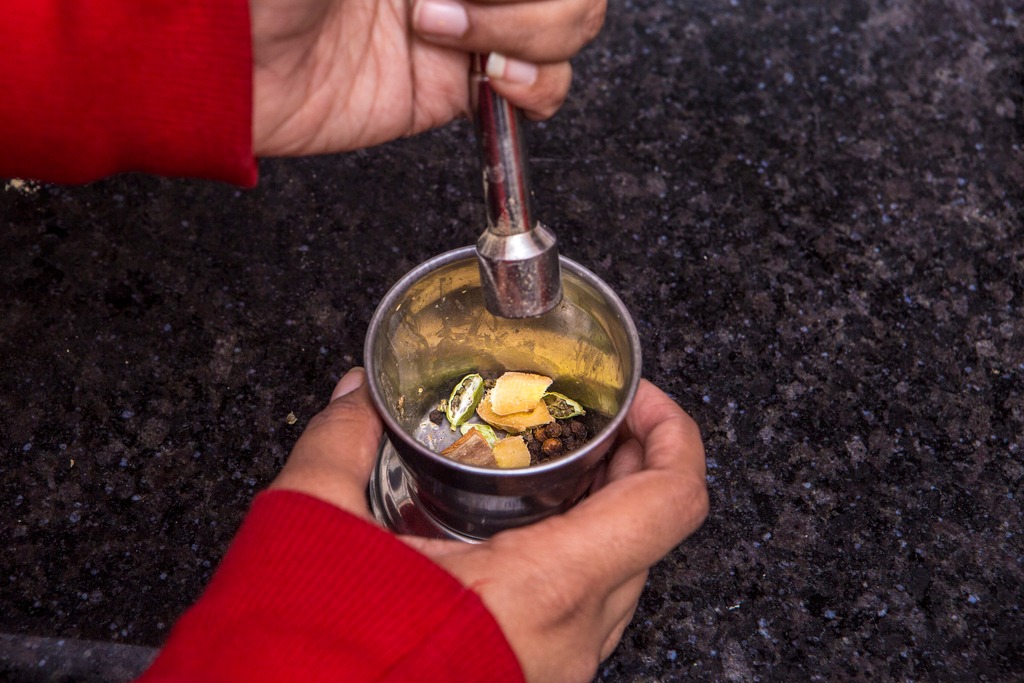 How to make Indian masala chai from scratch

When Indians refer to chai, they are referring to normal black tea. But masala chai refers to the aromatic spiced tea that most of us think of when we think of Indian tea. “Masala” refers to a mix of spices, specifically cardamom, cinnamon, pepper, cloves and ginger. Together, these spices produce a flavourful tea that’s also healthy — it’s believed to activate your immune system and boost your energy.

Masala chai may have originated in India, but it’s become popular around the world — although you may not be familiar with the careful thought behind each ingredent. For example, black pepper is often used in traditional Indian medicine for treating colds, and is said to relax the throat. Cinnamon and cloves offer a strong warmth to the tea (only small amounts are used because of their strength). And green cardamom (one of the most important spieces for bringing flavour to your tea) is a cooling agent in contrast to the rest of the ingredients. Ginger is used as both a spice and traditional medicine, and its fresh, mild taste makes it a must-use spice in masala.

Ingredients (for one cup of tea):

If you’d like to make masala chai (and other Indian recipes) with me, book our Home Cooked Delhi tour, on which you get to cook (and then feast!) in my family home!

India is known for its amazing food, and we know just where you can find the most authentic culinary experience in Delhi: at home with a local. Our ‘home cooked’ Delhi food tour is less tour and more unique local experience, and is hands down one of the most authentic things to do in Delhi.