Blog > Lost in translation: Why Japan does whisky bars better 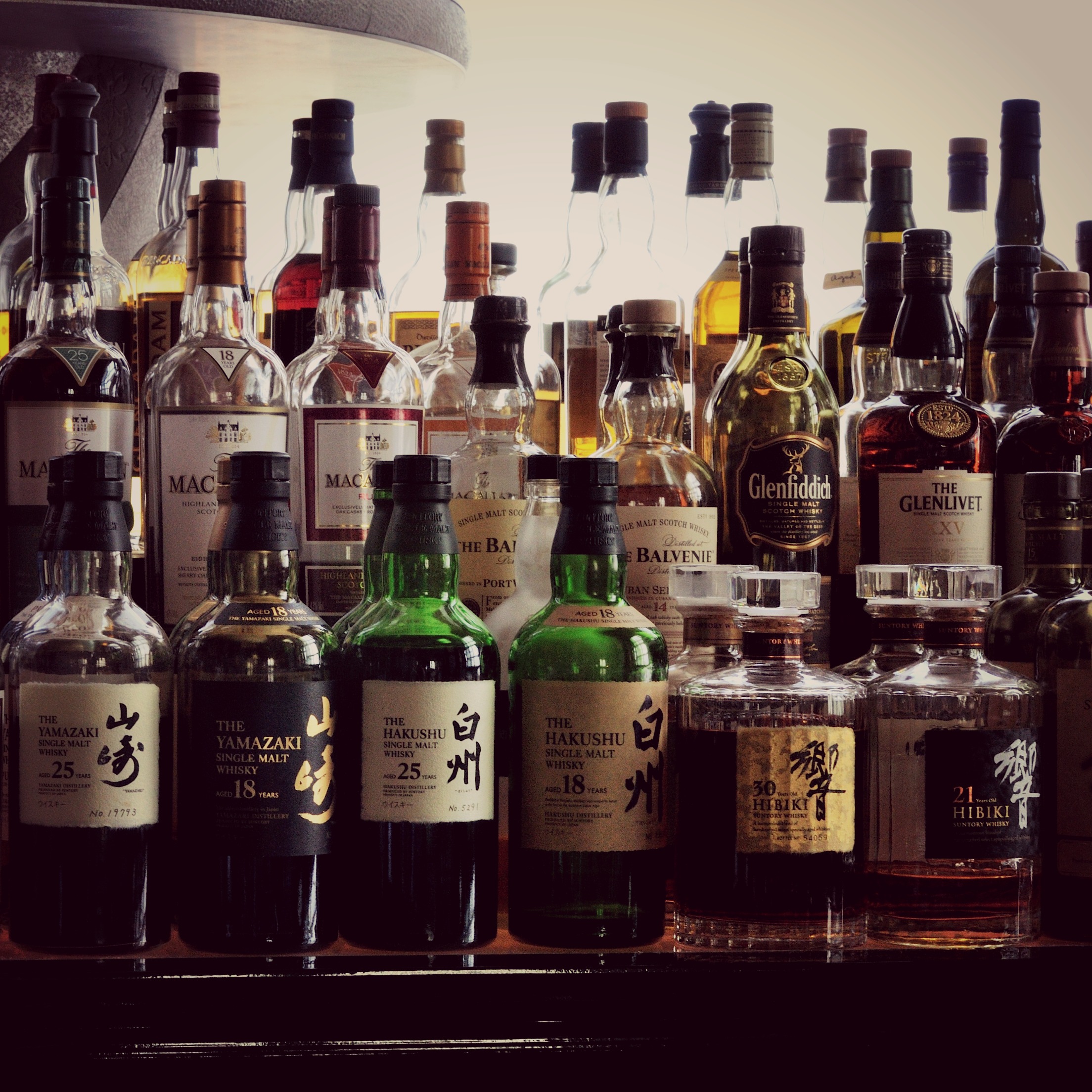 Lost in translation: Why Japan does whisky bars better

The lift doors open and I step into a Bill Murray movie. The elevator’s halogen glare becomes the soft ripple of candlelight. A barman in a black vest and bowtie is mixing cocktails with the precision and concentration of a brain surgeon. There’s the murmur of conversation. A freaking grand piano in the corner. Deep, upholstered club chairs face the floor to ceiling windows, and I can see the dark waters of Ueno Lake far below, silvery in the moonlight. Attractive people sip whisky and share a little loneliness with other attractive people who may or may not be paid actors.

In the lobby of our hotel, beside the lift, this place was marked simply as ‘Floor 10 – Bar’. Maybe because, in Japan, this sort of thing happens all the time.

Japanese whisky bars have become a bit mythologised. You know, that Lost in Translation aesthetic which is equal parts depressing and sophisticated as all hell. So I was quite surprised when I visited recently to see that — far from overhyping the whole thing — the movie hadn’t done these places justice. Not only do they exist, they’re everywhere, and they’re quietly amazing.

It’s got something to do with the country’s love of good whisky (they spell it without the e, like the Scots). In 2012, Suntory’s Yamazaki 25 year-old was crowned the World’s Best Single Malt at the World Whisky Awards, not a bad achievement considering the oldest distillery in the country only just turned 90, which is young in whisky circles. To put it in perspective, Scotland has distilleries dating back to the 18th century. Yamazaki, Hibiki, Hakushu and other local labels are appearing in trendy bars from Brooklyn to Brisbane. But there’s still no better place to experience Japanese whisky culture than Japan.

It’s almost a case of ‘seek and you shall find.’ Example: I had a spare hour to kill in Kyoto and felt like a drink. Spotting a sign in Gion that simply said ‘Bar,’ I followed some dank and cramped stairs beneath a Starbucks, opened the door and discovered a small underground miracle. A few whisky geeks (they call them otaku here) were sitting up at a tiny bar, staffed by a well-groomed man in a vest and tie. Set into the wall were 208 numbered glass cabinets. Inside each one, backlit by some LEDs: a glowing amber bottle of whisky.

I sat down and leafed through the menu. Scottish, American and Japanese varieties stretched on for page after page. I ordered a Macallan, mostly because it’s what James Bond drinks (what, I never said I was an expert).

The barman nodded and began by selecting a sphere of ice from a small freezer, a perfect frozen globe about five centimetres in diameter. He started rolling it around in his hands.

“It warms surface,” he said. “So the ice won’t crack when I pour over whisky.”

He got out three different glasses, lined them up on the bar and, after a few seconds’ consideration, selected one with a gentle convex curve. In went the globe, then a carefully free-poured measure of 12 year-old Macallan. The barman pulled out a long stainless-steel swizzle and gave the drink a few deft circular swishes. The ice became this spinning, glistening sphere, its crown poking above the surface of the scotch. And, true to his word, there wasn’t a single crack.

This sort of experience is typical of the Japanese whisky scene. It’s a subtle combination of attention to detail, exactitude and suave styling that other countries haven’t really been able to replicate. Whisky bars in Japan tend towards either slick, underground grottos filled with monkish regulars, or stylish lounges where bow-tied pros mix highballs to the sound of contemporary jazz. The kind of places in which you wouldn’t feel odd debating the merits of a 17th century poet who probably died of syphilis.

If you’re in Tokyo, a stop at the New York Bar in Shinjuku is mandatory — if only because Bill Murray drank a lot of whisky here in Lost in Translation. But between the hotel crowd and the selfie-snapping tourists, it’s not really representative of the local scene. Try Shot Bar Zoetrope nearby instead (probably the city’s most famous whisky joint) or Hibiya Bar Whisky-S in Ginza.

Back in the underground bar, I relaxed and let the Macallan work its magic. Chilled by the spinning ice sphere, it went down like silk, warming me from the inside out.

“Why aren’t there more people here?” I asked the bartender.

“People come. People don’t come,” he said, with a shrug.

I took another sip. In the corner, a pianist in a black-sequined ball gown began singing an old Cole Porter song. A wisp of smoke curled across the bar. The tawny candles burned low. I closed my eyes, sat back and waited for Bill Murray to arrive.