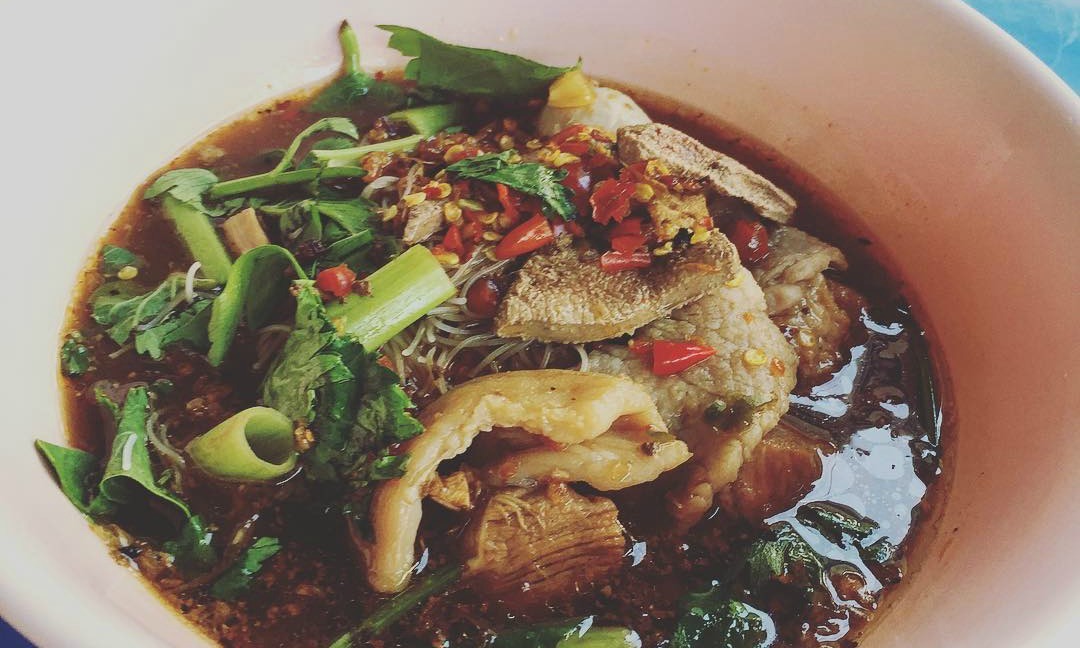 Tui (or Loong Tui as locals call him — ‘Loong‘ means ‘Uncle’) has been serving noodle soup since 1985, despite the fact that being a food vendor was never his intention. In the ‘70s, Loong Tui had moved to Saudi Arabia on a contract as crane driver, and when his contract ended, he came back to Thailand with no work prospects. Unemployed and unsure what to do, he let a friend teach him to make a dish that, at the time, was extremely popular in the area around the Victory Monument in the Ratchathewi district. Every day, carts would gather there and serve up guay tiew moo, or pork noodles. Tui invested in a cart that he pedalled daily to the Victory Monument, and soon he realised he had a knack for making really, really good guay tiew moo.

Shortly afterwards, he opened up a small Loong Tui Guay Tiew in the old city near the river, and then, with his popularity still growing, expanded into a bigger shop just down the street. Today, this corner of Ban Phan Thom is filled with guest houses and hostels, yet despite the massive growth of tourism all around him, Loong Tui’s shop still remains a bit of a mystery to most travellers who walk past. For those who seem curious but unsure, Tui offers to serve them a small bowl for free. He tells them that if they like it, they should come back. Let’s just say that most of them end up coming back.

That’s because Tui’s guay tiew is unbelievably delicious. You get your choice of pork or beef (moo or nuea), and choice of noodles, served in a stomach-warming gravy made from cinnamon, star anise, and a bit of blood (don’t worry; you can’t taste that it’s blood and the broth is so rich and aromatic that you won’t care what it’s made of as you’re eating it). He also adds morning glory and his own homemade chili sauce made from prik Kariang — chilies grown by the Karen people of northern Thailand, along the border with Myanmar. These chilies are some of the spiciest you’ll taste anywhere in Thailand, so if spice isn’t your thing, ask Uncle Tui to go easy on the chili sauce. Oh, and for an extra crunch, be sure to ask for some pork crackling on top. 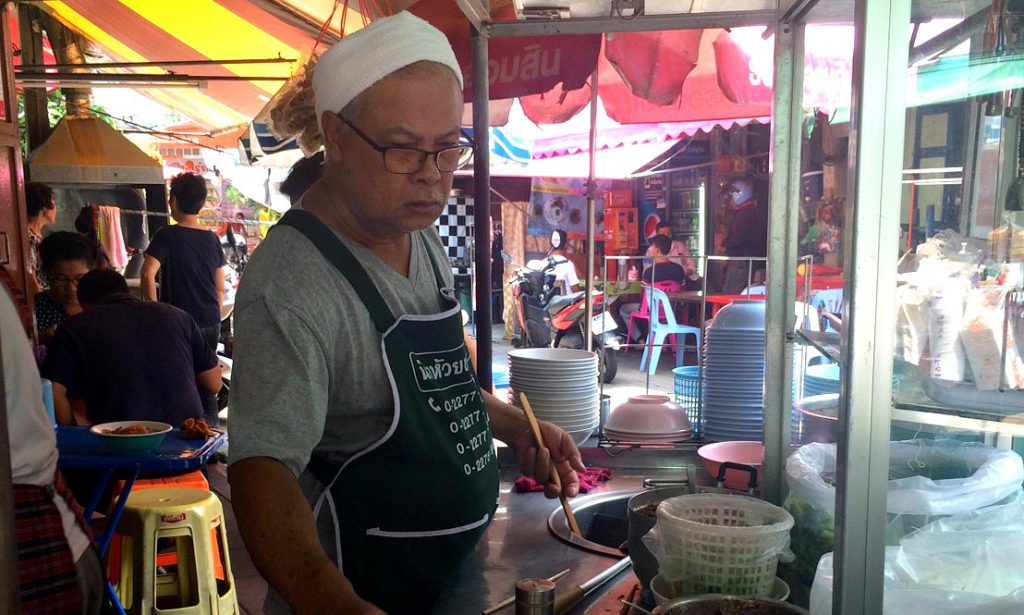 But it’s not just his broth that’s so delicious — his meat is famous among locals because it’s so tender. He marinates it in oyster sauce and egg mixed with ice to soften it up, then lets it sit in the fridge from about 6am until he opens up shop at 9am, resulting in melt-in-your-mouth tenderness that goes oh-so-well with his rich, spicy, heady sauce.

It’s no wonder the tourists always come back for another bowl.

How to find it: Near the Nouvo Hotel, on the corner of Samsen Soi 4 and Samsen Soi 2.

Bangkok’s old town may be tourist central, but there’s way more than just bad pad Thai to be found – that is, if you know where to look. That’s because hidden among the overpriced restaurants and mediocre food carts are secret gems that locals love, and many of these spots have been around for decades – since way before backpackers started gathering on Khao San Road.