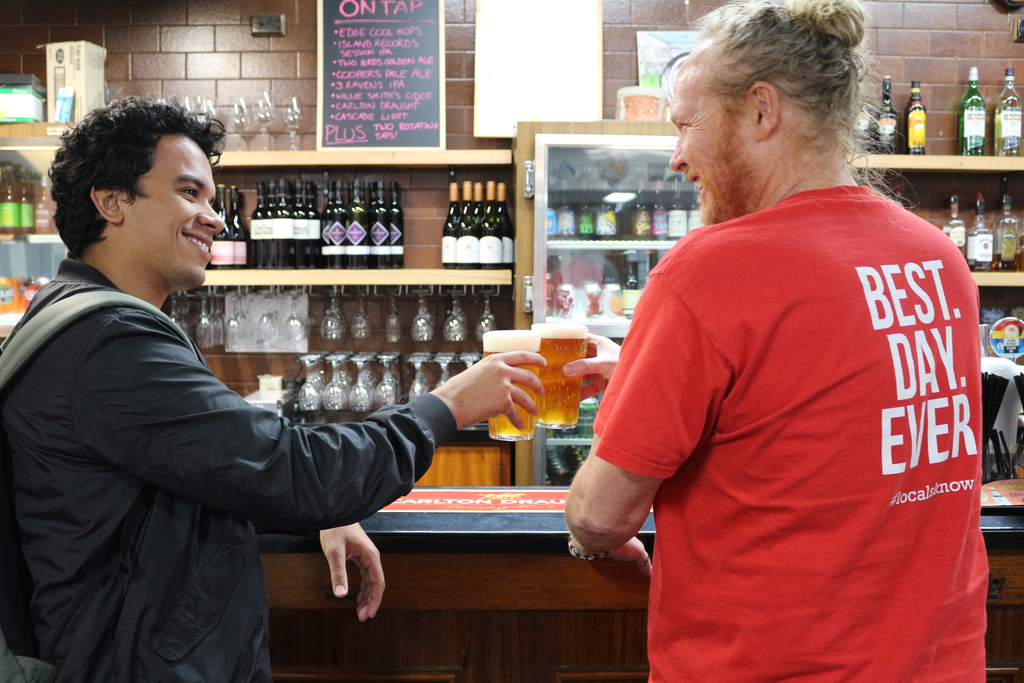 It is easy to lose yourself in a new destination, and in a city like Melbourne, you may never want to be found. This is a place that makes it tough to want to leave the vibrant city centre, with its myriad of intensely hued laneways and kitschy restaurants being enticing draw cards. Equally, you would be hard pressed to find Australia’s cultural capital short-changing you with a dull moment thanks to a drink scene brimming with hidden gems and local watering holes well worth discovering, and each with a history all their own.

Wondering where to start your bar-hopping adventure? Here are some of our favourite Melbourne watering holes covering everything from craft beer to cocktails.

The Crafty Squire is home to the famous James Squire Brewhouse, the only working microbrewery in Melbourne’s CBD (Central Business District). The corner brewery is named after the infamous convict James Squire, who was in the first fleet of convicts to arrive in Australia in 1788. By today’s standards, his crime was minimal (stealing six fowls) but that hasn’t stopped the legacy of the man that introduced beer to Australia — he even has beers named after facets of his life as a convict.

A quick tour around the microbrewery will give you a chance to see how their craft beer is brewed, from the grain mill all the way to the taps (and ideally, into your glass).

The Toff in Town

Part bar, part restaurant and part live music venue and performance space, The Toff in Town is a unique space offering something for everyone. Located in the historical Curtain House, the building itself was named after John Curtin, the Prime Minister who saw the country through the second half of World War II. After suffering from years of neglect, the building was thankfully restored.

Today, one of Melbourne’s most popular bars is the perfect stop for a memorable night out in the city. Hosting live acts (music, theatre and comedy) in a cabaret-style area, The Toff is also home to a tantalising restaurant-bar. We suggest reserving a spot in one of the bar’s intimate, train-like carriages to enjoy the extensive list of award-winning cocktails. And with fusion bites like sweet potato and cashew dumplings on offer, The Toff in Town provides the winning ticket to drinks, bites and an overall top night!

Combining shipping containers with laneways was always going to make for a curious space in a city of innovation. Whitehart is the latest bar in Melbourne pulling in crowds with its eccentric, two-storey industrial setting at the rear end of narrow Whitehart Lane. It offers boutique wines, cocktails and beers, and even boasts an ever-changing food truck on the premises.

While the bar itself may be new on the Melbourne bar scene, the name has historic meanings. Ancient Celts saw it as an omen of doom, while the Scots saw it as a symbol of purity and prosperity. The ever-romantic French believed that to harm a white hart would result in being forever cursed with the pain of unrequited love. What you believe is up to you, but when it comes to Whitehart the bar, the name is synonymous with good food, good music and a lot of fun.

Where to watch Euro 2020 in London
Best beer in Kenya: Tusker
Drink like a local: 10 awesome bars in Athens
Why this boozy tour is the best introduction to Melbourne
Learning Toronto’s history is better with beer