Blog > Why this boozy tour is the best introduction to Melbourne 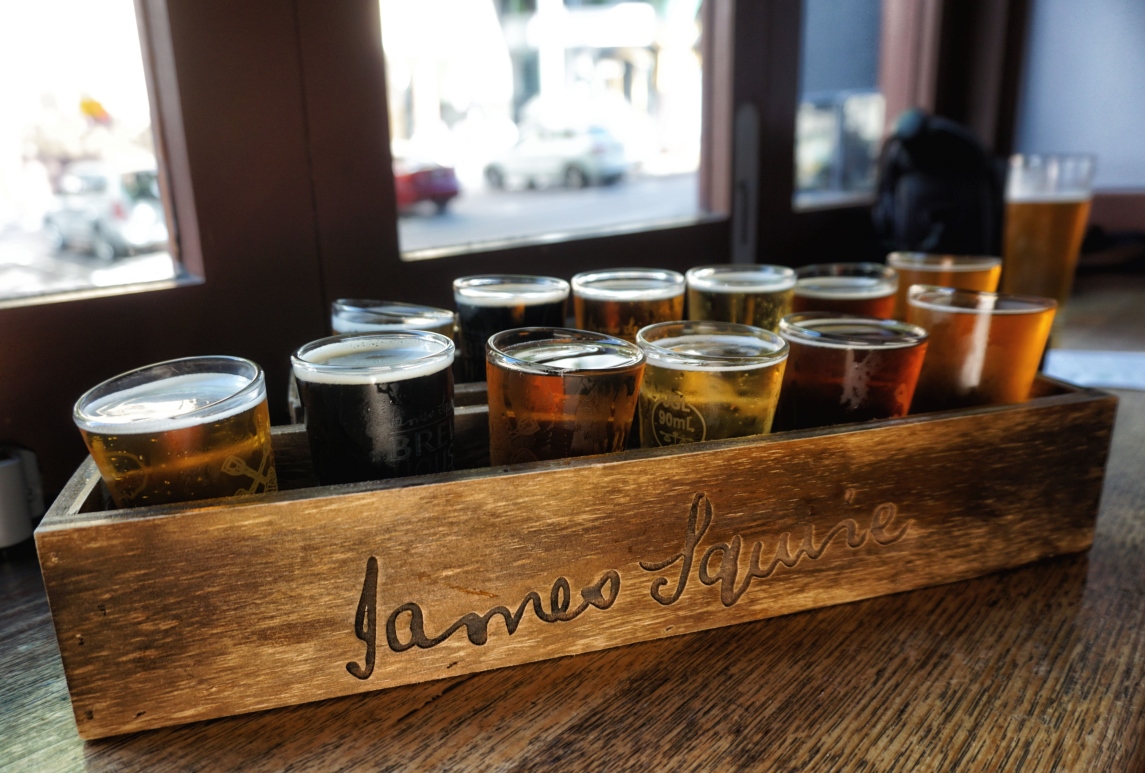 Why this boozy tour is the best introduction to Melbourne

After living in Australia for a year, I’ve learned there are few things Aussies love more than an ice cold beer. Well, maybe a cocktail or two followed by a nice bottle of wine. It’s no secret that Australians love to drink, so the Melbourne Booze Makes History Tour was the perfect way to get acquainted with local culture.

In true Melbourne fashion, we experienced four seasons all in one day during the tour. The day started off cold, then followed with rain and hail, and ended up being sunny just in time to meet our cruisy (Aussie speak for chilled out) guide Mick at 3 p.m.

Our tour started at the Royal Exhibition Building, Melbourne’s only World Heritage Site. Luckily, the weather cleared up for the four different bridal parties posing in front of the Duomo-inspired building and surrounding gardens.

After walking through the grounds learning the building’s history, we passed Melbourne’s Greek neighbourhood and ended up in Chinatown, possibly my favourite neighbourhood in Melbourne. The area is home to incredible Asian treats like dumplings, and hidden bars like our first stop, Union Electric.

Walking down a nondescript laneway, another marker of Melbourne, we walked into a trendy two-level bar with exposed brick, rap music, and a kitschy Bill Murray painting on the wall. I felt like I was back in Brooklyn, except for the breezy rooftop on the second level. They serve fun cocktails like the Champagne Papi made with prosecco, fresh strawberries, and soda. It was a close call between that and the freshly-squeezed apple juice with my choice of alcohol. I went with the Champagne Papi, and it was perfectly refreshing for a hot summer day in the city.

After our cocktails, we walked through Chinatown and Mick suggested some quick, cheap dumpling spots we should try while we’re in Melbourne. The second bar was completely unexpected. At first, I thought we were going to get ice cream because we walked through the storefront of Nitro Lab (an ice cream shop) to an elevator in the back. We got on the elevator and rode up to an Asian barbecue restaurant then walked past the kitchen and up the stairs to Heroes — a spacious rooftop bar with karaoke, Asian-inspired cocktails in ornate glasses, and views of Bourke Street.

Here Mick told us about the extraordinary Chinese influence in Melbourne dating back to the 1850s gold rush. Although Chinese people made up 10 percent of the population, they faced extreme racism from European Australians and saw discrimination at the hands of the White Australia Policy. But when the policy was lifted in the 1970s, people from all Asian countries migrated and have been living here since.

Another history lesson took us to our next bar, The Crafty Squire, named after James Squire, the first man who brewed beer in Australia in 1790. Squire was a convict who stole hops to brew beer and today all the beers served at this large, sports-style bar symbolize a theme from his life.

Our last spot on the tour was arguably the crowd favourite. Although we had all had a few drinks at this point, we could definitely handle one more. Down a historically seedy street in Melbourne is a small batch gin distillery in the last remaining single story cottage in the city. Juxtaposed against tall office buildings, this all-brick heritage cottage is the perfect place for Little Lon.

Little Lon Distilling Co. opened several months ago with a small room for brewing unique flavours of gin. Attached is a tiny bar and outdoor space to get cocktails, like a classic gin & tonic or a Negroni. Each of the four flavours of gin has a fun, historical name. Miss Yoko is named after a madame of a famous Victorian brothel in the city, while Constable Proudfoot salutes the police constable of Little Lonsdale. We left with a bottle of Miss Yoko, the favourite from our tasting flight.

By the time we walked out, and as if on cue for Melbourne, the brilliant sunshine turned to rain. But it didn’t matter; we were pleasantly tipsy from our tour and ready for some dumplings.