“Panama’s cuisine is fusion by obligation.” That’s how Mario Castrellón, who could be considered the most important Panamanian chef these days, describes the gastronomy of his home country. This makes complete sense since Panama has been a crossroads for the world since the 16th century, growing rapidly as an important Spanish settlement, commercial centre, and the starting point for deeper explorations — leading amongst others, to the conquest of Peru. 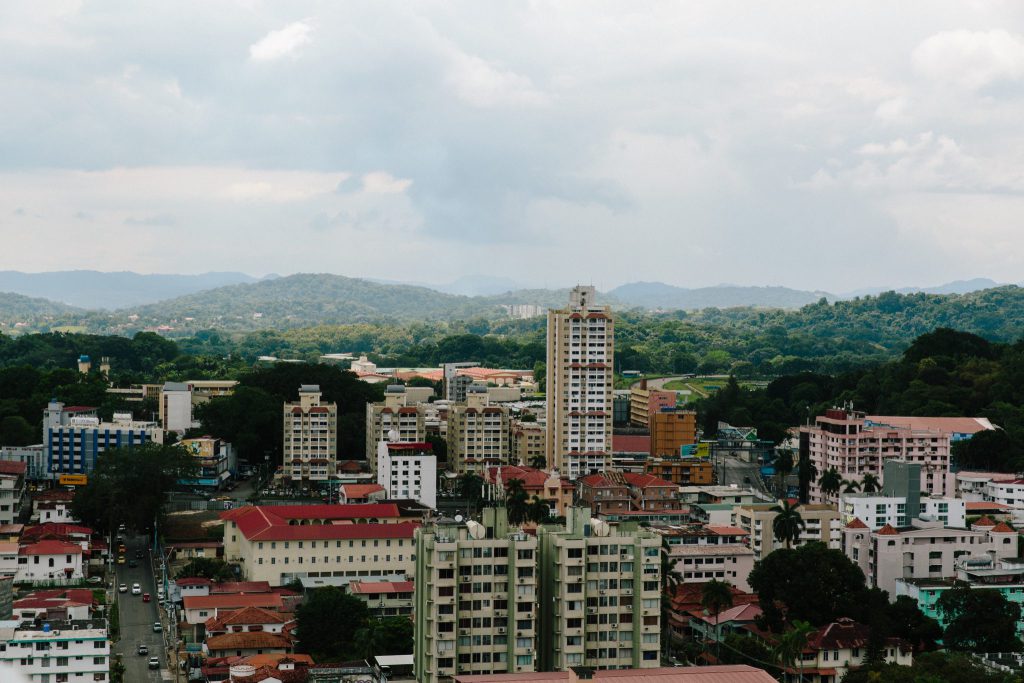 How it all began

It all started in 1501 with Rodrigo Bastidas, a Spanish explorer who discovered Panama for the first time. With them, the Spanish brought a wave of African slaves, forcing them to serve them in their new colony. The influence of these slaves is evident even now, from the architecture and religion, to the language, and of course, the cuisine. Foods like sausages, tortillas, and paella are a clear heritage that persists in the homes of Panama today.

From 1821 Panama was unified with Colombia, being a province of said country for more than 80 years. Once the potential of Panama’s location was discovered as an ideal place for a canal connecting both the Atlantic and the Pacific oceans, laborers from India and China, and Afro-Antilleans came to work building both the railways and the canal, administrated then by the French. Fun with a fusion of flavour

Here’s where it gets fun. Elements like curry, ginger, and cinnamon were brought and stayed, giving authentic and characteristic flavours to the preparations we find here today. Cod, fried and marinated fish, ceviche, fried plantains, and coconut rice are part of the Afro-Antillean influence that now, is as Panamanian as it gets.

Another 80 years passed by of Panama living under American administration until they finally reached their independence and took over the management of the Panama Canal. From these decades, foods like hot dogs, burgers, and French fries got ingrained in the eating habits of the citizens here, who had to mix it with all the elements they were already used to.

See that exotic combination? That’s precisely the fascinating part about Panama and its current culinary scene. A traditional Diablicos dance mask, inspiration for the restaurant of the same name | Photo by Panama City Urban Adventures

The makings of a culinary destination

With indigenous roots, the abundance of freshwater and saltwater fish that differs from each region, and the spices and cooking methods from this blend of cultures, you’re left with the perfect combination — creating an exotic cuisine with elements from all over the world. Despite that, Panama hasn’t been considered a culinary capital like other countries of the region such as Mexico or Peru.

However, many chefs aim to change that, and are experimenting with new combinations of flavours and textures, and initiating a culinary movement that could put Panama in the foodie spotlight within the next decade. Castrellón, for example, uses palm tree flowers as a type of spaghetti. He was the first influencer for a whole new generation of Panamanian chefs who embrace their cultural heritage and foreign influence, and combine it with fresh local ingredients, creating the natural fusion that describes this country so well.

Now let’s talk about what’s most important: where you get that blend of flavours in Panama City.

Panama is a hidden gem when it comes to food. You can find excellent options for international cuisine, Panamanian typical food, and the specialty of the country: fusion. There are many different restaurants, which you can sort by budget, type of food you’d like to try, or location.

If we talk about location, one of the best areas for great food is the Casco Antiguo, the cosmopolitan Old City with dozens of quality options for food and drinks. Our favourites? There are three that can’t be left off this list: Tantalo, Tío Navaja, and Café Coca Cola.

For tourists, Tantalo is an iconic option. With ambitious preparations and elegant presentations, this restaurant brings back the basics of Panamanian gastronomy. Corn, seafood, chicken, and tropical fruits are some of the elements the kitchen reinvented to create such an innovative menu.

If you’re a foodie who likes undiscovered restaurants and are looking for more local and authentic options, Tío Navaja is our second home. Taking the simplest ingredients of our cuisine, like yucca, rice, fresh fish, and cilantro, this spot offers dishes that we can’t even describe. It’s not Panamanian, it’s not fusion, it’s creative gastronomy born from the core flavours of Panama, brought to your table in a beautiful presentation. Dishes like fish wrapped and cooked in plantain leaves, or our favorite — pork served with spinach, ginger, and sushi rice — are part of the reasons we always come back.

We left the most important restaurant for last. The oldest diner in the country of Panama, Café Coca Cola was the first ice cream shop in the country. The 142-year-old restaurant has served many important figures of the history of the Americas such as Eva Perón, Pablo Neruda, Che Guevara, and Theodore Roosevelt. Recently, Anthony Bourdain visited this diner, declaring it as an impossible-to-miss stop for visitors and remarking that their Panamanian-American menu is an important storyteller of the city.

There are other amazing places to try as a tourist, including the Seafood Market, Sabores del Chorrillo, Diablicos, and El Trapiche as local options. Something we know for sure is that you won’t be let down; we love and appreciate good cuisine in Panama.